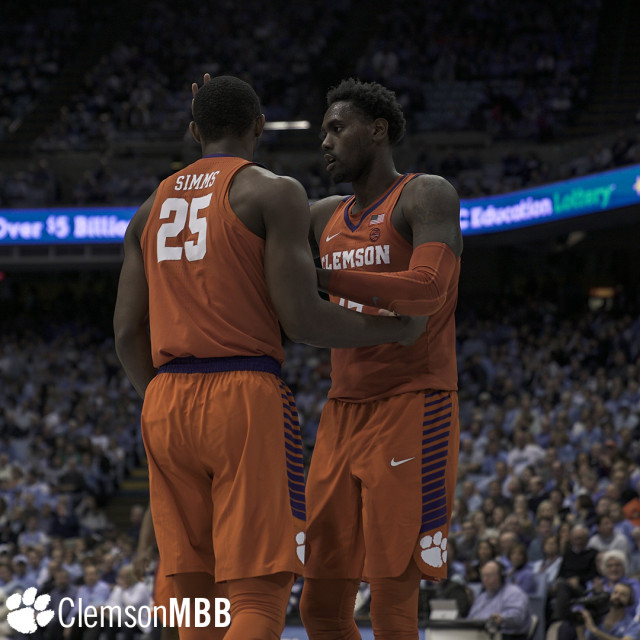 CHAPEL HILL, N.C. — A late offensive surge from Clemson University men’s basketball would not be enough in an 87-79 loss to No. 15 North Carolina on Tuesday night in the Dean E. Smith Center.

During the streak of 15-straight made field goals, the Tigers slashed an 18-point deficit down to just two over the course of 10:44 of the second half.

The Tigers came within just two points of the Tar Heels on two different occasions in the second half.

Marcquise Reed scored 19 of his 21 points to lead Clemson on the night. Reed finished 7-for-14 from the field and a perfect 4-for-4 at the line. Shelton Mitchell scored 18, Elijah Thomas battled for 16 points and six boards, while, Gabe DeVoe chipped in 11 points – all coming the first half.

The Tar Heels managed to shoot 15-for-31 from long range. Cameron Johnson led the Tar Heels with 21 points.

Notes: Clemson falls to 15-3 overall and 4-2 in ACC play … Marcquise Reedscored 20+ points for the fifth time this season … for just the third time this season, Clemson shot over 60.0 percent in the second half (61.3 percent) … Elijah Thomas eclipsed 400 career points.