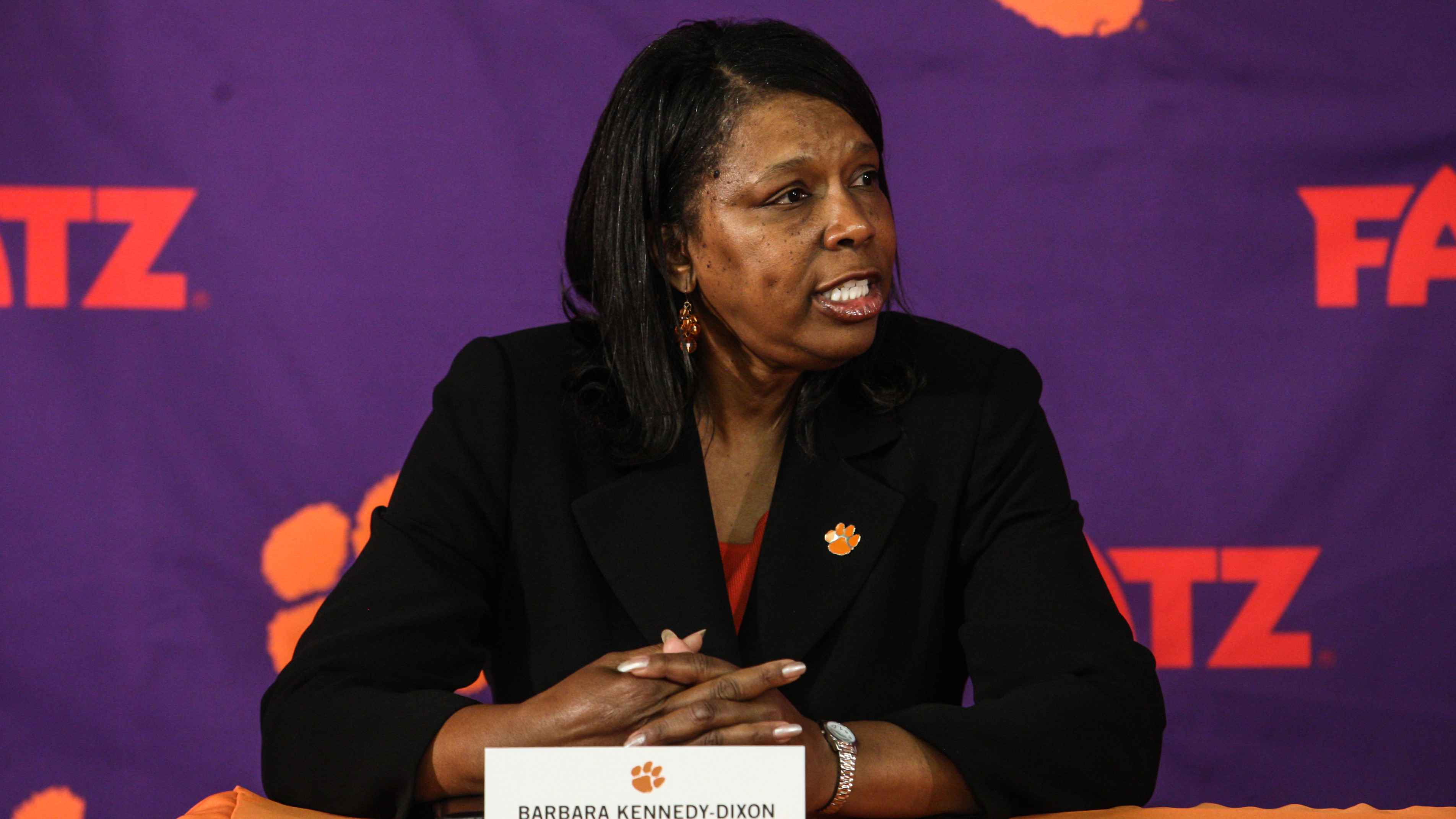 CLEMSON, S.C. – Barbara Kennedy-Dixon, who has served in the role of Senior Woman Administrator since 2005, has been named Special Assistant to the Director of Athletics, and will provide assistance to the Director of Athletics in areas of identified critical needs and on special projects. She will provide coordination of student-athlete admissions and post-eligibility services and oversight of special projects within the division of Athletic Academic Services.

Along with serving as the SWA for 10 years, Kennedy-Dixon has been with the university in an administrative position or coach for 27 overall. Her ties to the school and Clemson athletes date to 1978, when she was a freshman on the Clemson women’s basketball team.

“In recent years I began considering retirement options, and last year I started pursuing those options. I will always have a passion for Clemson athletics and its continued success, and I look forward to this new role,” Kennedy-Dixon said. “This opportunity will allow me to remain as a valuable resource at Vickery Hall and also to support the new Senior Women’s Administrator.”

“I thank Barbara for her great work as SWA and look forward to her continuing valuable contributions. She has been a tremendous asset to me during my initial 18 months here at Clemson,” director of athletics Dan Radakovich said. “Her institutional knowledge, care and passion for our student athletes and the high level of respect she maintains around both campus and the conference will continue to be of utmost value to our athletics program as we move forward.”

Kennedy-Dixon, the first women’s basketball player inducted into the Clemson Ring of Honor, was a two-time All-American and three-time All-ACC performer on the court. She was named MVP of the ACC Tournament in both 1981 and 1982, and was named Clemson’s top athlete of the 1980s. She’s continued to serve Clemson with distinction as an assistant coach, an administrator in Vickery Hall, in the compliance office and as Senior Woman Administrator.

The athletic department is currently in the concluding stages of a nationwide search for a new SWA.