When Hunter Johnson transferred from Clemson to Northwestern during the summer of 2018, he never would have expected a return to Death Valley. Although he enjoyed his freshman season at Clemson under Head Coach Dabo Swinney, he was searching for a place that would give him the best opportunity to play consistently at the highest level.

Johnson’s college path and road back to Clemson were anything but ordinary.

Growing up in Brownsburg, Ind., the quarterback developed an impeccable resumé. Although he was a multi-sport athlete, playing football and running track at Brownsburg High School, Johnson’s main love was football. He credited his early success to years of watching Indianapolis Colts Hall of Fame quarterback Peyton Manning.

Johnson was a four-year varsity starter at the highest level of play for a high schooler in Indiana, the highest-rated football prospect in the state and a five-star recruit. He earned the Pete Dawkins Award as MVP of the U.S. Army All-American Bowl in San Antonio, Texas. Tajh Boyd is the only other Tiger to win that accolade.

Clemson first came in contact with the star signal-caller during his junior year of high school. Upon touring the campus, Johnson immediately knew that Clemson would be the place where he wanted to kickstart his college career.

“It was a gut feeling. I knew within the first few minutes that I wanted to go here. It checked all the boxes for me coming out of high school, including football and academics.”

In his freshman year at Clemson, the team was coming off its second national championship. With a new team, which lost many players to the NFL draft, Johnson entered a tight quarterback battle with Kelly Bryant and Zerrick Cooper. He played seven games in 2017, completing 21-27 passes for 234 yards.

The summer heading into his sophomore season, he decided to transfer to Northwestern. Following previous transfer rules, Johnson had to sit out his first year at Northwestern in 2018.

After finishing his fifth year of college football in 2021, he found himself with one year left of eligibility. He reached out to Swinney for a possible graduate assistant position on the team, but Swinney saw his value as a necessary component for his current quarterback room.

“When I called the staff, I was looking to come in and see if there were any available spots as a graduate assistant to help with my coaching side as well as to get my MBA. It was an opportunity that I couldn’t turn down and a dream come true to be able to come back. I am able to play out my sixth year and have no regrets. It worked out that it was at a place I know so well, love and respect.”

From playing on a 2017 Clemson football team with standouts like Hunter Renfrow, Dexter Lawrence and Christian Wilkins, much has changed in the Clemson locker room and on staff. Johnson knew there would be new faces, but the program has always had the same goal.

“When I joined the team in 2017, Clemson was coming off a national championship. This year, there are still a couple of guys on the team who went to the ‘Natty’ and won it. Even though last year was still a 10-win season, the guys have this chip on their shoulder. Everyone knows what this team is capable of…it’s just a matter of going out and doing it. Our players have really been locked in.”

Former Clemson defensive standouts Nolan Turner and James Skalski were both on the 2021 team as sixth-year seniors. When asked about how it feels being the new guy in his sixth year of college, Johnson was frank.

“I am pretty used to it. It’s been good. I am kind of the ‘new old guy.’ It has been fun to get to know this team. There are still a handful of guys who I knew before. I am really grateful for the opportunity.”

Johnson is in a quarterback room with junior DJ Uiagalelei and freshman Cade Klubnik. When asked about his role in this year’s room as a mentor and leader, he stated the following.

“I hope that I am able to use the knowledge I have learned from my years of playing to help out in any way that I can, whether that be on the field or off the field. I just want to contribute and make the most of my last year of college.”

Whatever challenges and new opportunities Johnson faces, in what seems to be an unpredictable college stint with a sixth year and one final year of eligibility, he is still looking to leave his own mark on college football. 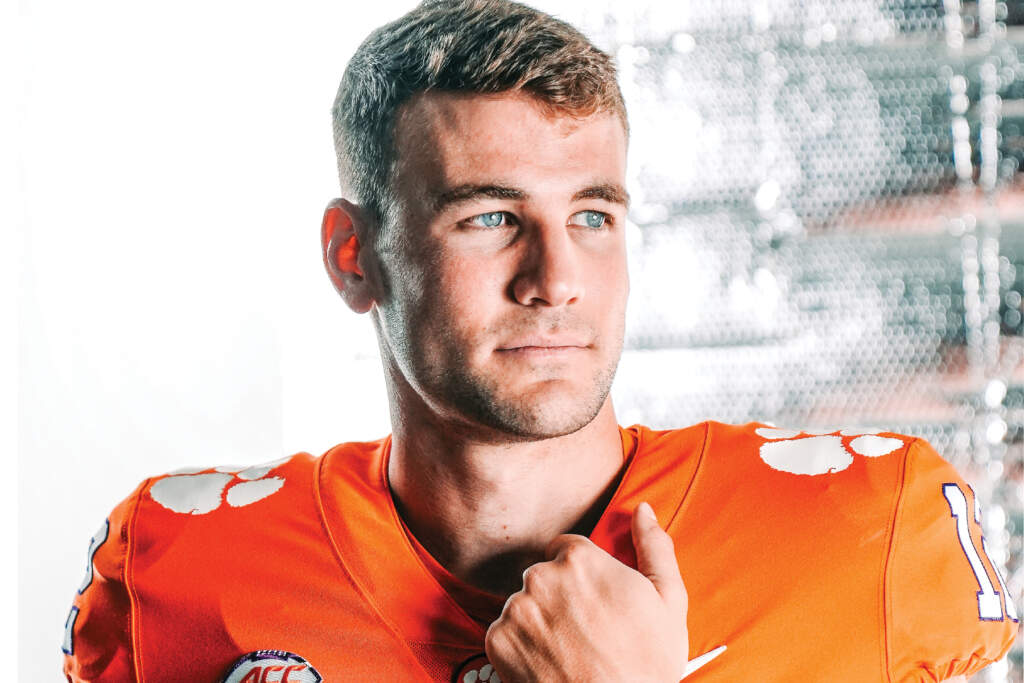