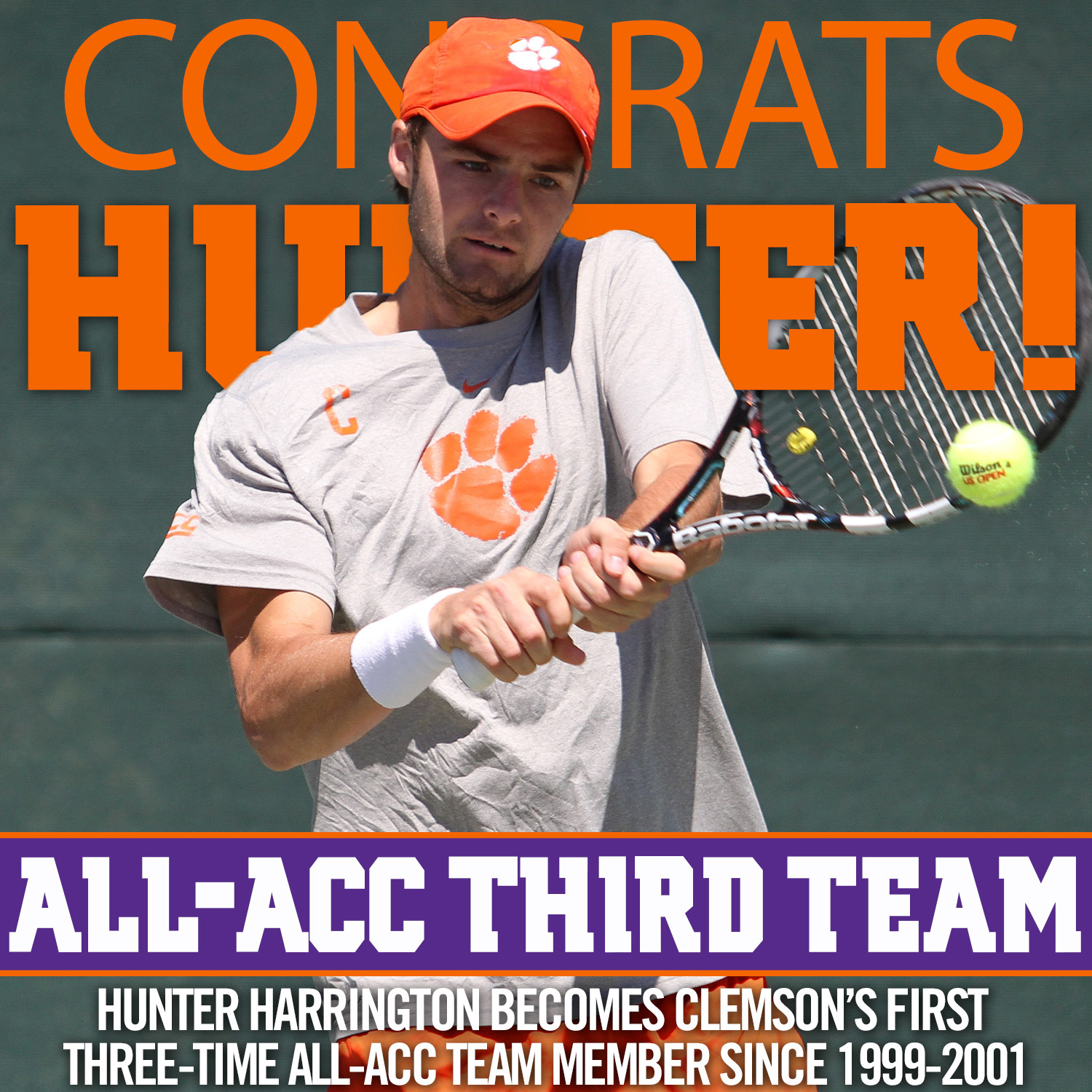 CLEMSON, S.C. – Clemson senior Hunter Harrington was named to the All-ACC Third Team today, as announced by the conference. The teams are determined by a vote of the league’s 13 head coaches. The all-conference award is the third of Harrington’s career, and he becomes just the fourth player in program history to earn all-conference honors three times.

Harrington, a native of Spartanburg, S.C., finished the 2014-15 season with an overall record of 19-19, playing all but four of his dual matches at the No. 1 singles slot. He faced 14 ranked players in dual singles matches, including nine in the top 75 and five in the top 30 in the nation. Harrington was 11-3 in fall tournament play in 2014, and reached the quarterfinals of the ITA Carolina Regionals and won the singles title at the USTA Collegiate Invitational at Disney. In doubles, Harrington and fellow senior captain Alejandro Augusto are currently ranked 59th nationally. The duo finished the season with a 14-12 overall record and was 6-8 in dual matches, all at the No. 1 doubles slot, where they faced eight nationally ranked opponents. Harrington played with junior Luke Johnson in doubles at the ACC Tournament last weekend, picking up a win over the 82nd-ranked duo of Alex Gornet and Jeffrey Brown of Louisville.

In addition to his accomplishments on the court, Harrington has earned several other awards for his accomplishments off the court during his career. This year alone, he was named a recipient of the ACC’s prestigious Weaver-James-Corrigan Honorary Scholarship Award, given annually to a small group of ACC student-athletes who will pursue a professional career in their sport. Harrington was also inducted into Clemson’s Academic Hall of Fame and was named the Solid Orange Male award winner, for exemplifying what it means to be a Clemson University student-athlete. Harrington will graduate in May 2015 with a double major in management and financial management.