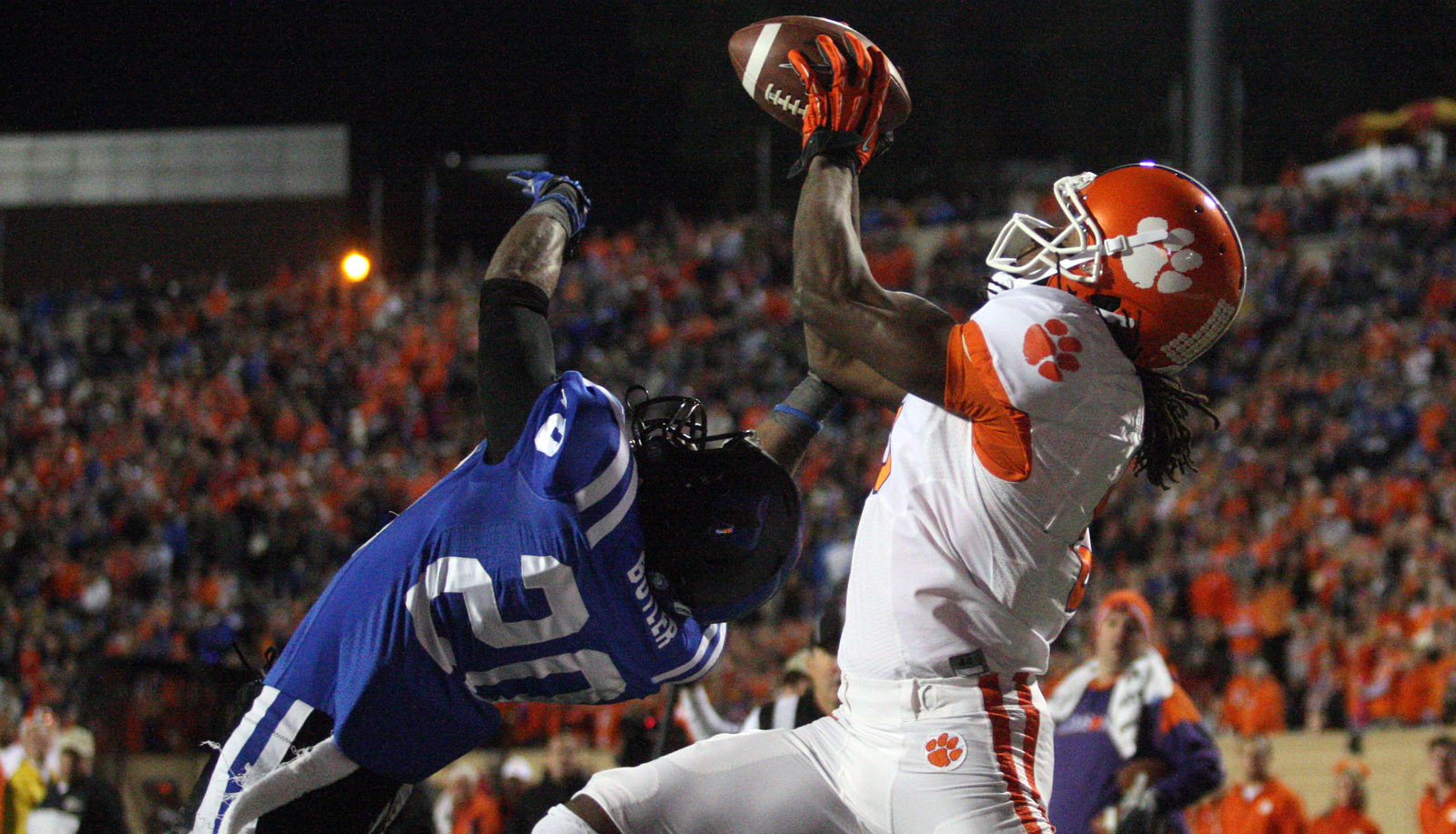 CLEMSON, SC – Clemson wide receiver DeAndre Hopkins has been named one of 10 semifinalists for the Fred Biletnikoff Award. The honor is presented each year to the top receiver in college football.

This is the second consecutive year a Clemson receiver has made the final 10 for the award. In 2011 Sammy Watkins was named a semifinalist.

Hopkins is the only ACC player on the list. He currently ranks second in the nation in touchdown receptions with 14, already a Clemson single season mark. He also is Clemson’s career leader with 23.

Hopkins has 66 catches for 1096 yards this season, an average of 16.6 yards per reception. He has caught at least one touchdown pass in seven consecutive games, a Clemson record, and nine of the 10 contests this season. He now ranks second in school history in career receptions with 190 and yardage with 2711. He needs just 23 receiving yards against NC State this Saturday to become the school’s career leader in that category.