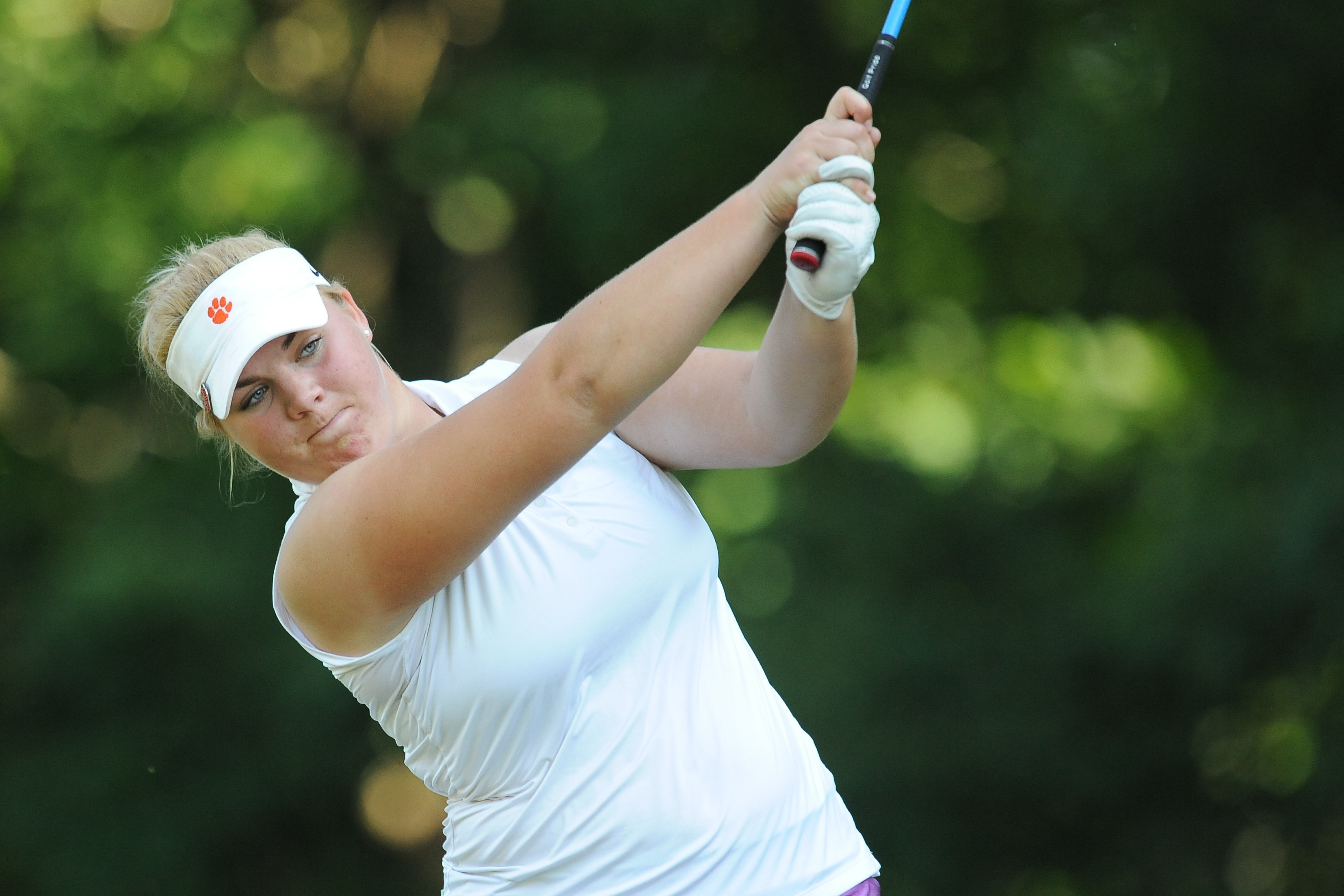 Hewson 10th after First Round of US Amateur

Clemson, S.C.—Clemson rising junior Alice Hewson fired a one-under-par 71 on Monday and stands in a tie for 10th place after the first round of the United States Amateur Championship at San Diego Country Club in Chula Vista, Cal.

If Hewson is in the top 64 after Tuesday’s second round she will advance to the match play championship.

Hewson was one of just 17 golfers from around the world to break par on the par 72 course that is 6,423 yards in length.  Starting on the back nine, she shot a 34 with three birdies from holes 11-18.  She shot a one over par 37 on the front to finish with a 71.  She ranks tied for fifth among foreign players in the field of 156 amateurs.

Hewson, who will tee off at 10:40 a.m. eastern time off the first hole on Tuesday, is a two-time first-team All-ACC player who helped Clemson to a No. 20 national finish last spring.  Her 72.39 stroke average last year established a Clemson record.