CLEMSON, S.C. — In a hotly contested matchup, the Clemson University men’s basketball team came up short to Notre Dame on Sunday. A breakout performance from Alex Hemenway sparked the Tigers on the evening, but that was not enough, as the Fighting Irish pulled out a 61-57 win at Littlejohn Coliseum.

Both teams relied heavily on 3-point shooting, as a combined 62 3-balls were attempted in the ACC tilt. Clemson (11-12, 5-8) knocked down nine treys and finished with an overall shooting percentage of 35.7. Notre Dame (15-8, 6-6) connected on 10 3-point attempts and produced an overall shooting mark of 42 percent. The Tigers tallied 13 points off 11 Notre Dame turnovers and recorded 20 points in the paint. The Fighting Irish won the rebounding margin 35-31.

Hemenway incited Clemson off the bench with a season-best 16 points. The freshman made a season-high four 3-pointers while playing a season-high 19 minutes. Tevin Mack, who made two 3-balls and corralled six rebounds, also registered 16 points. Star big man Aamir Simms was unable to suit up due to flu-related symptoms, but Trey Jemison made his first-career start in Simms’ place and amassed a career-best seven boards in addition to scoring four points. Rex Pflueger led Notre Dame with a game-high 18 points. He went 4-for-4 on shots from beyond the arc.

In the first half, Hemenway provided the Tigers with a lift after sinking a couple of 3-pointers not long after entering the game. The second trey put Clemson ahead 20-19 at the 3:40 mark. After each team traded a series of 3-balls late in the first half, the Tigers took a 29-27 lead into the intermission.

Notre Dame scored the first basket of the second half to knot the Tigers up at 29 points apiece, but Clemson then reeled off a 7-0 run and matched its largest lead of the game on a 3-ball by Mack with 16:19 remaining. However, the Fighting Irish fought back and ultimately outscored the Tigers 34-28 in the second half. A 4-point play by Notre Dame’s John Mooney proved critical down the stretch and a 3-pointer from Pflueger with 1:07 on the game clock put the Fighting Irish ahead by two possessions, leading to the 61-57 final score.

A trip to Pittsburgh is next on the docket for the Tigers. Clemson will square off against the Pitt Panthers (15-9, 6-7) at the Petersen Events Center on Wednesday, Feb. 12. The game will air on a regional sports network (RSN). Tipoff is scheduled for 9 p.m.

“This was a disappointing, difficult loss because I thought we really battled defensively. We had a few breakdowns. We should’ve been a little smarter on defense, but [Notre Dame] has been scoring 80 points every game, and we held them to 61. We did a fantastic job. Give [Rex] Pflueger a lot of credit. He averages five a game, and he had 18. He made four threes. Offensively, we had some good looks. You just need to make more shots in these games to win. You can’t shoot poorly and expect to win.”

“He’s a good player. Obviously, we were really disappointed with the high ankle sprain. He was out for two months. That was hard for him, but he plays with offensive confidence. He shoots with a quick release. He’s not afraid of making a mistake. He’s got to get a little better defensively, but, moving forward, we’re super excited about him. He’s a guy who can score. He’s going to continue getting better and better. He really stepped up tonight, and we really rode him in the second half.”

“I thought Al-Amir [Dawes] did another great job of defending. He fought over screens. He’s quick. He’s competitive. He takes pressure off of us. He and Hemenway both played hard today and were really competitive.”

“It was nice to see him get some catches and get a dunk. He’s competed hard, and he takes up a lot of space defensively.”

“Clemson’s a great defensive team. They probably weren’t going to have as much offense without [Aamir] Simms, but nobody feels sorry for anybody in this league. It’s a brutal league. I’m very proud of our group to get a road win and do some tough stuff at the end to escape with a win in this league.”

“I think that, even though tonight we had enough offense, we really have had great offense up until tonight, but we did have enough in a spurt in the second half. I think we’re being really efficient offensively, and we’re making big shots. This is an older group. I was waiting for them in December and early January to show a little bit of the mental toughness that we’ve had in the last seven games. It’s neat to see it. We do have very good senior leadership.

On adjusting to Aamir Simms’ absence:

“It’s one of those things where you’re saying, ‘How are we going to play them?’ because he is such a threat. I hope he’s feeling better. Mooney missed a game with the flu, and I think Gibbs did, too. It’s just bad luck. We may have played more zone because he’s hard to deal with the drives and everything. I thought our defense down the stretch was very good. We were in good position. He’s a big loss for them, and when they have him back, as we’ve seen in this building, they can beat anybody. I hope he’s OK.”

On his performance:
“I really just came out and tried to bring a spark off the bench. That’s what my goal is every game: coming in with high energy and trying to do everything that coach sees in practice. I’m trying to be that guy that brings a spark.

On the keys to the game:

“Notre Dame did a great job of finding their guys and making shots. That was a tough loss in a hard-fought game, but we’ll bounce back.”

On making the first start of his career:

“I had to step up tonight. I started relaxing before the game and just tried to focus on playing basketball.”

“We came into this game like we were going to win without Aamir. My mindset was to give it all I had and fight until the very end. It wasn’t enough, but we’ll bounce back.” 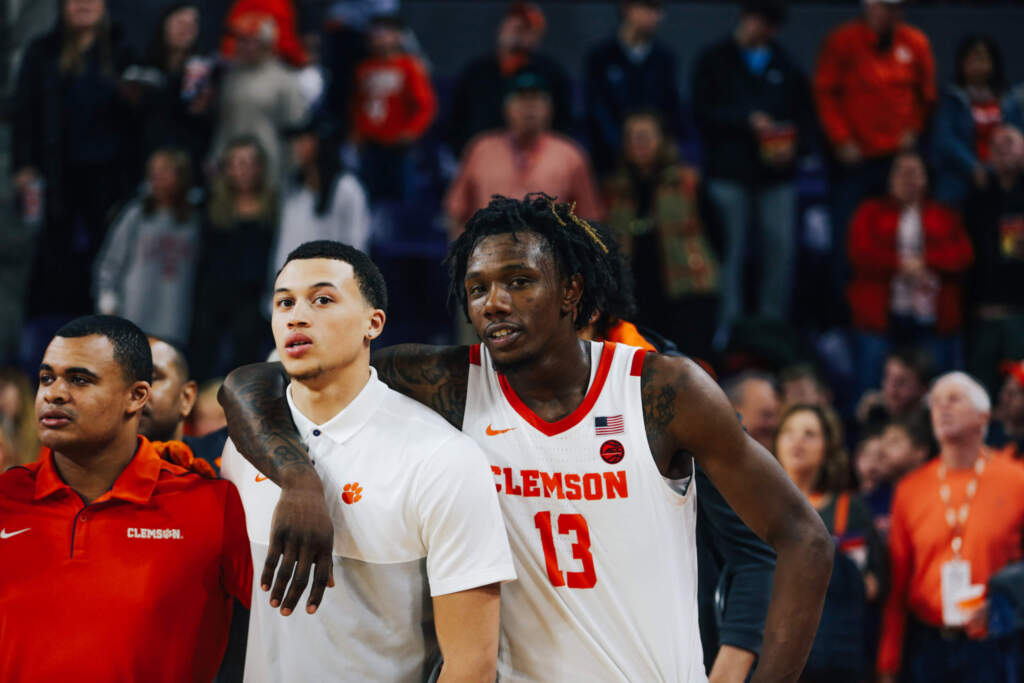 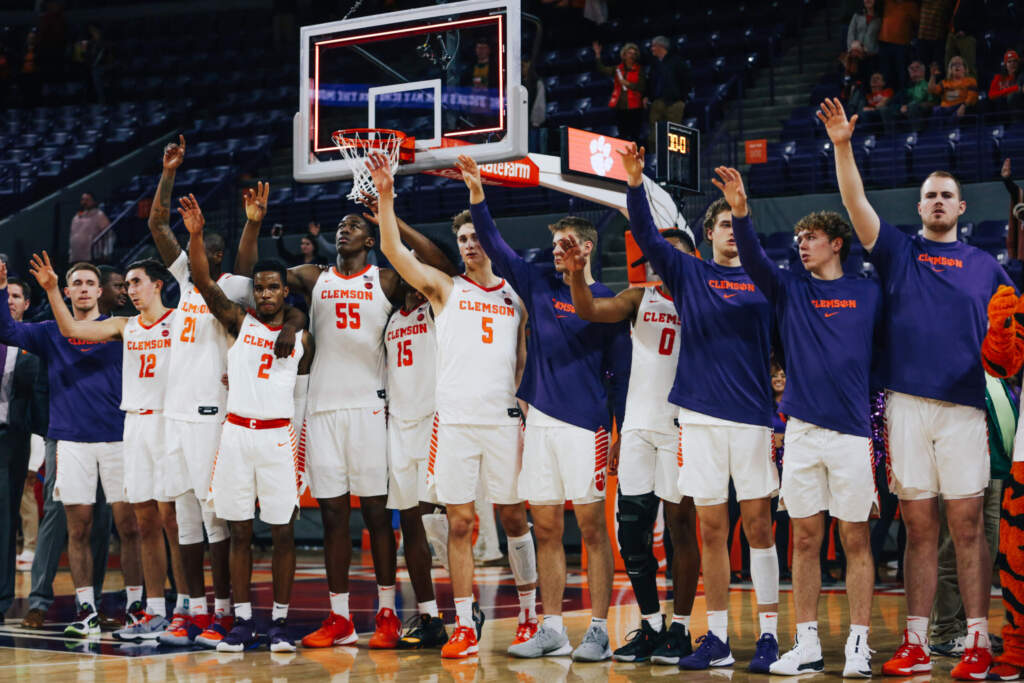 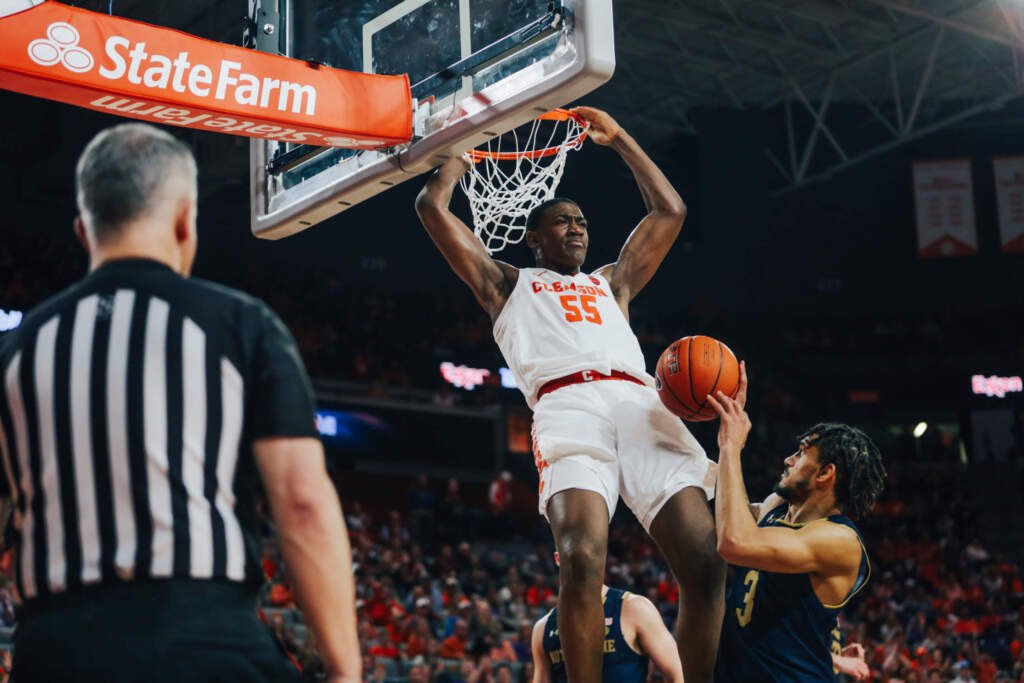 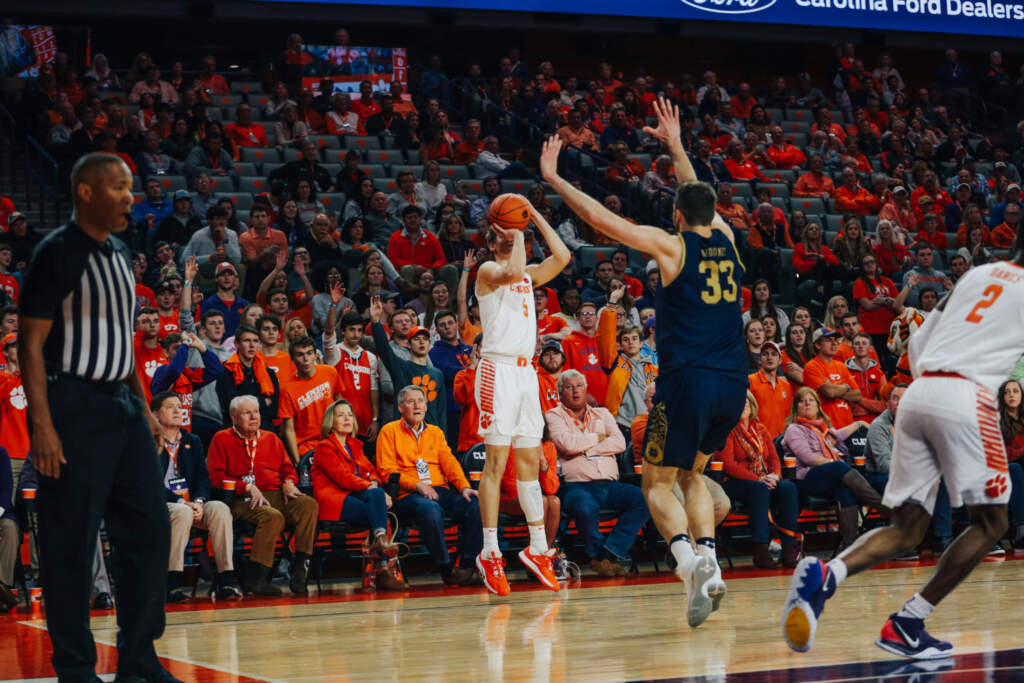 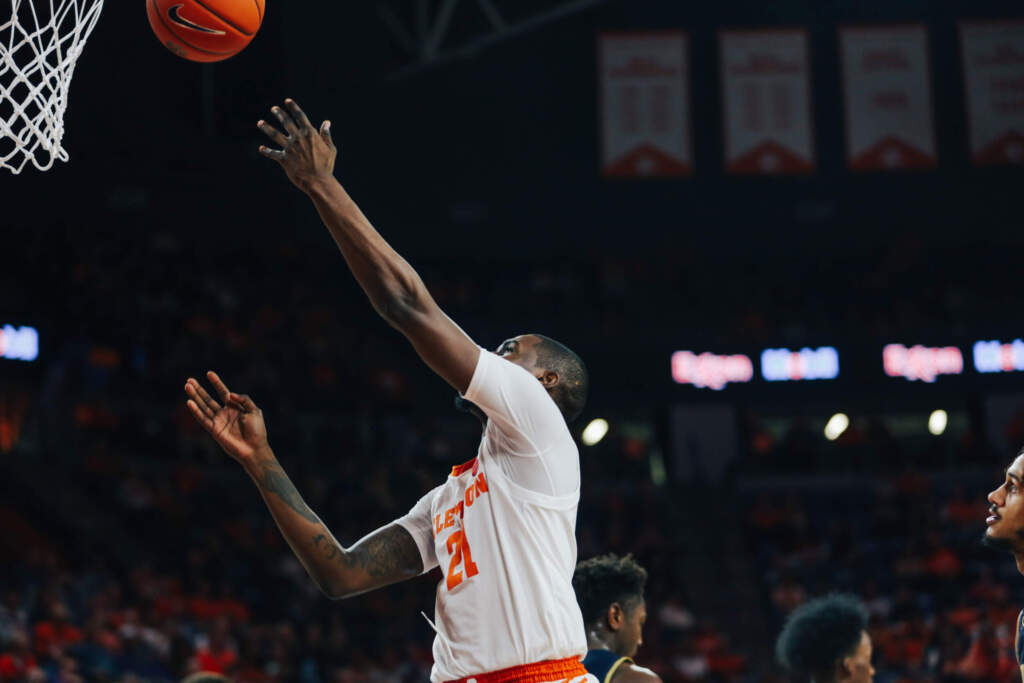 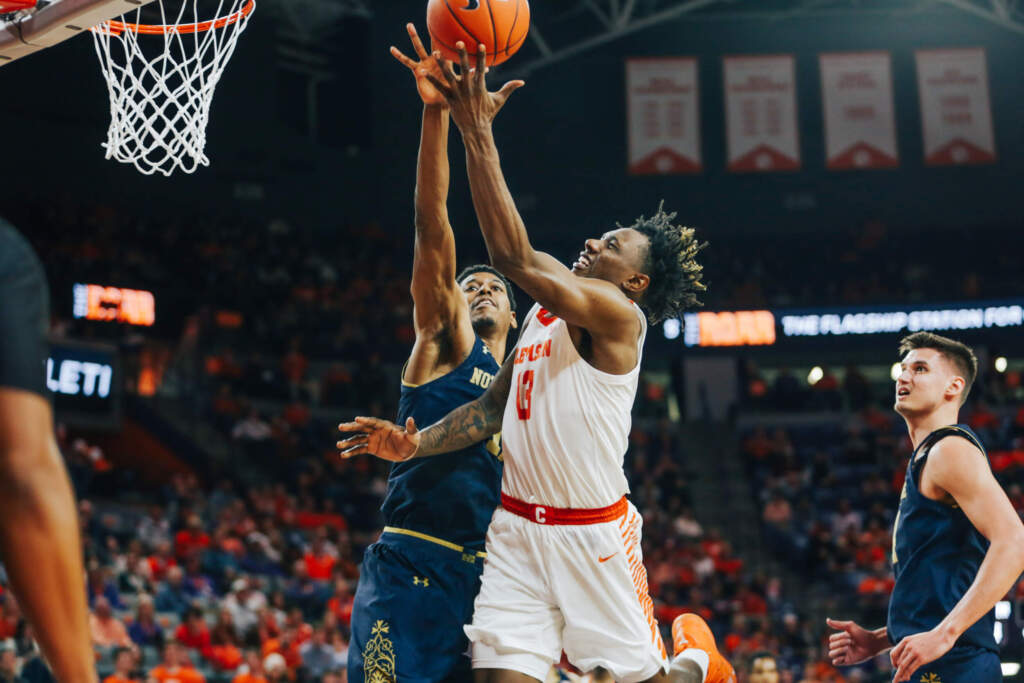 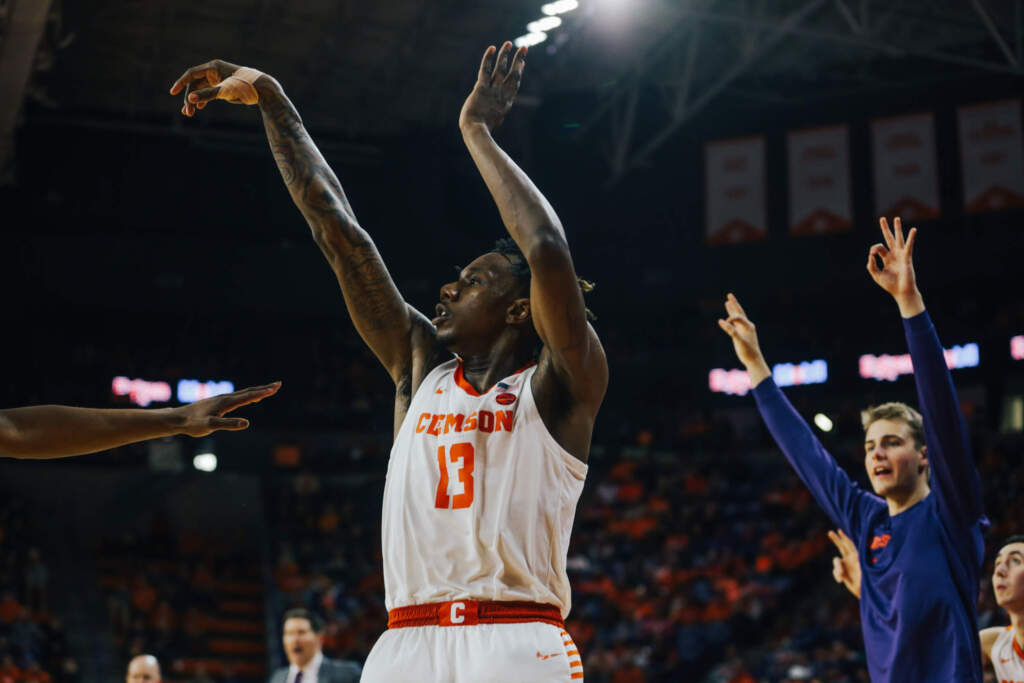 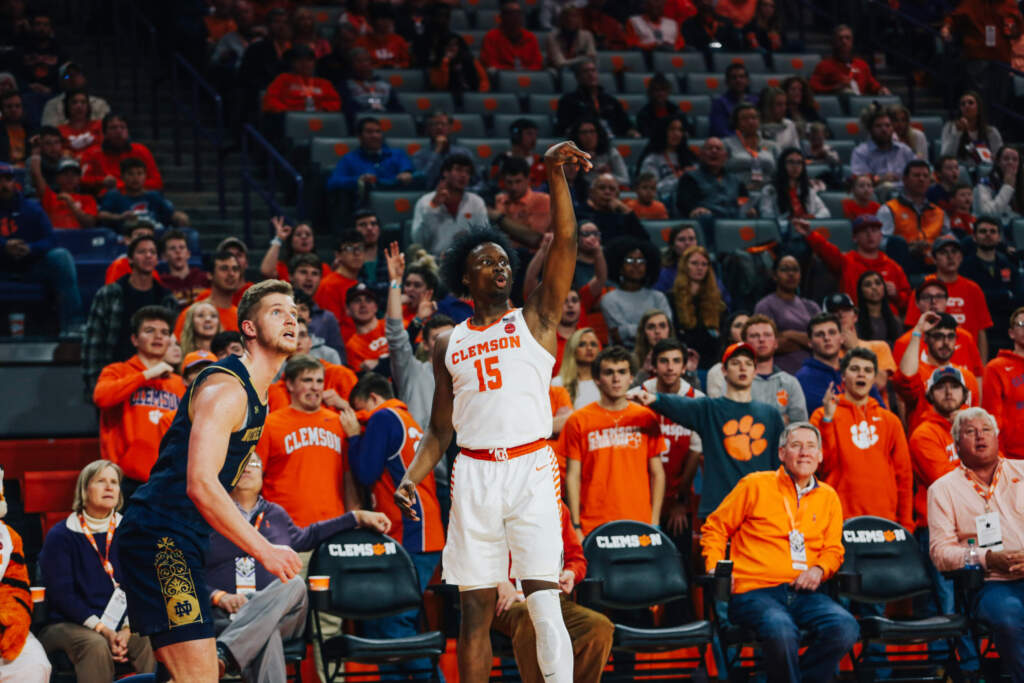 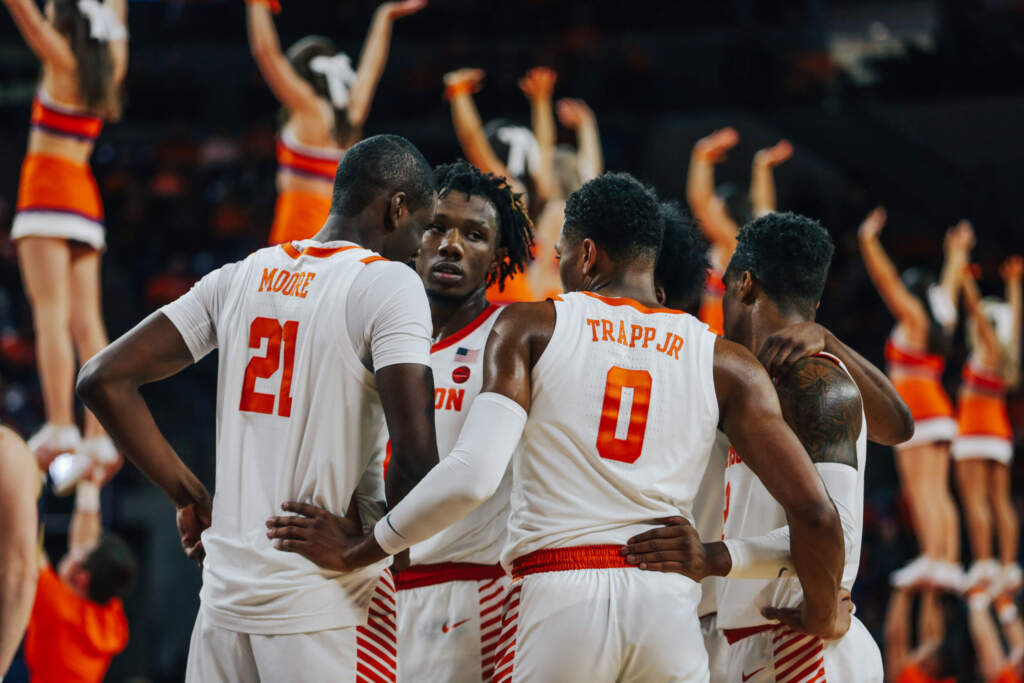 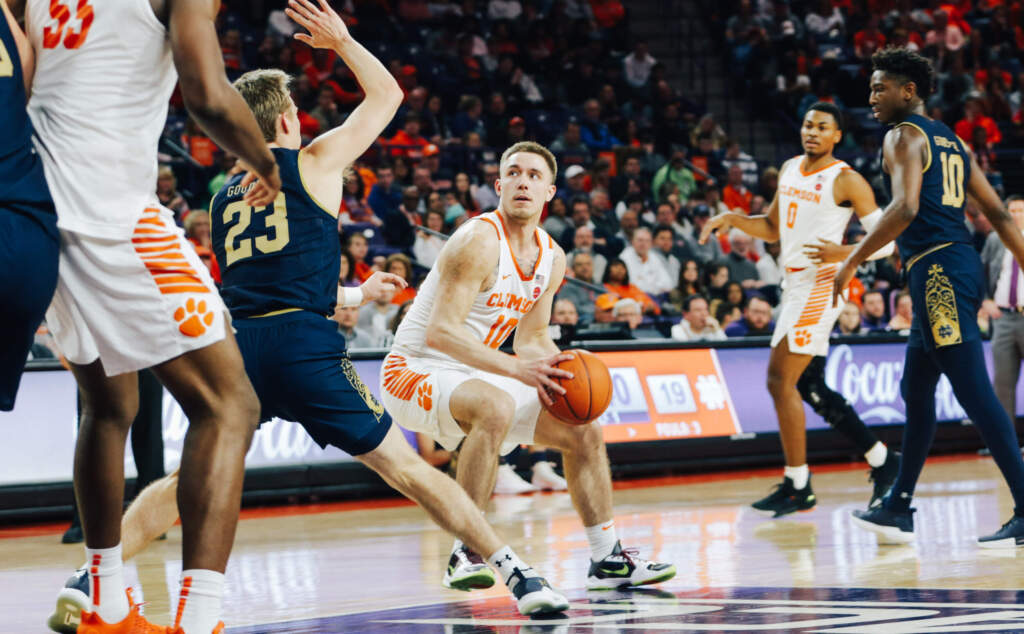