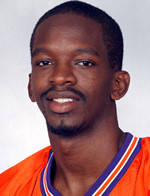 Clemson, SC – Clemson starting free safety Michael Hamlin had surgery to repair a stress fracture in a foot last Thursday. He will miss at least the first half of spring practice, which begins Saturday, March 10. The injury is not considered serious and he will certainly be healthy for Clemson’s season opener against Florida State on September 3.

Last fall Hamlin suffered a broken (opposite) foot at Boston College, an injury that forced him to miss three games last season. The recent injury was suffered during mat drills.

Hamlin started 10 games last year and had 64 tackles, including five tackles for loss. He was Clemson’s top tackler against Kentucky in the Music City Bowl with a career high 15 stops. He also had 10 tackles against South Carolina. He had a 74-yard interception return against Florida Atlantic in the season opener.

For his career, the rising junior has played in 22 games, 17 as a starter and has 119 total tackles and four interceptions. He has started each of the last 17 games he has played.

Clemson wide receiver Rendrick Taylor also had surgery last Thursday to repair a foot problem. He might miss the beginning of Spring practice, but should be available some time this spring. Taylor missed the last six regular season games last year when he suffered a broke arm at Wake Forest. He had 12 receptions for 152 yards and a touchdown for the season.