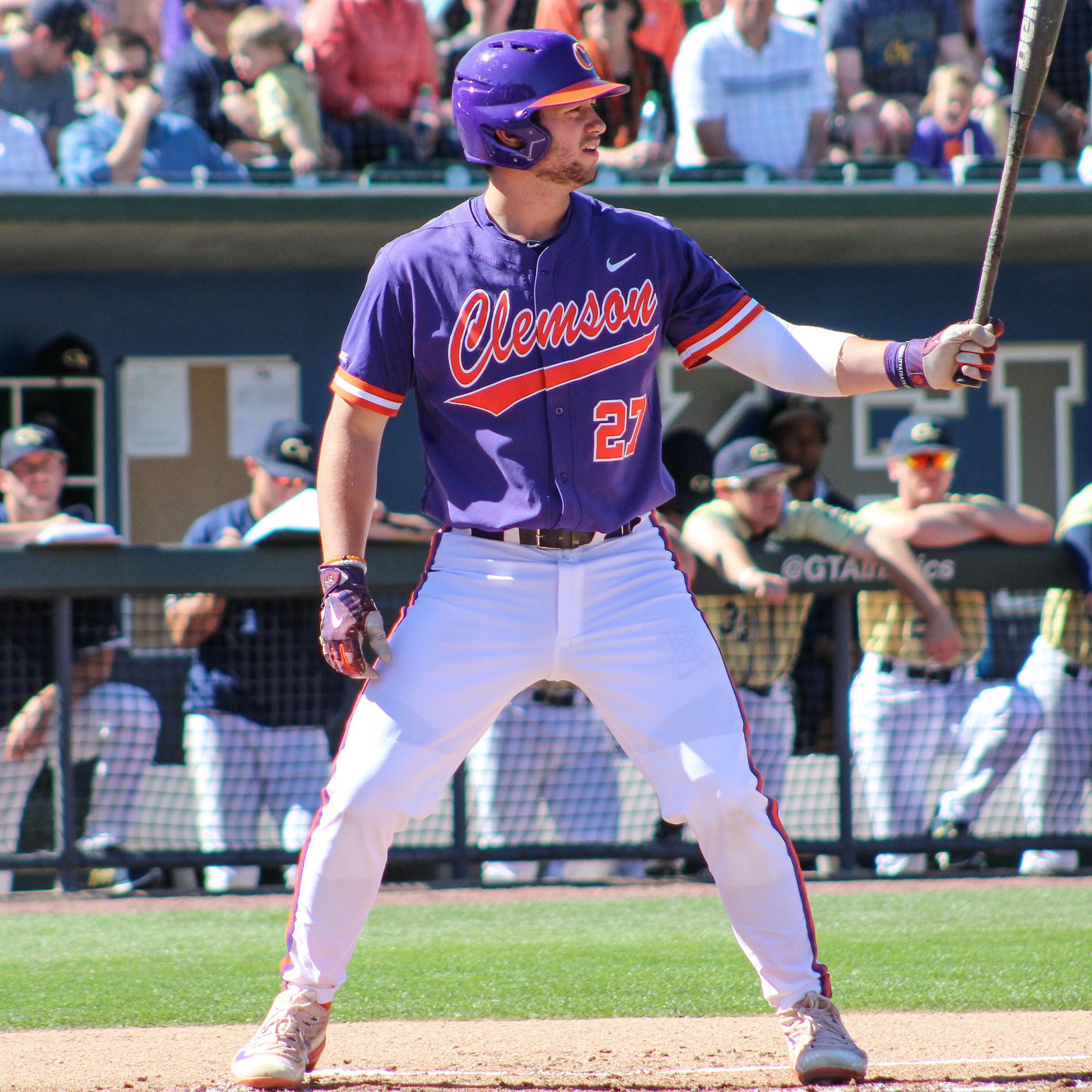 ATLANTA, GA. – Freshman lefthander Jay Shadday gave up one run on five hits in a career-long 6.0 innings pitched to lead Georgia Tech to a 5-1 win over No. 5 Clemson at Russ Chandler Stadium on Saturday afternoon. The Yellow Jackets, who evened the series 1-1, improved to 15-10 overall and 4-7 in the ACC. The Tigers, who saw their nine-game winning streak and 16-game winning streak away from home come to an end, fell to 23-5 overall and 9-2 in ACC play.

Shadday (2-1) earned the win by allowing just one of his nine batters that reached base to score. He gave up four walks with five strikeouts and held the Tigers to 1-for-9 with runners in scoring position. Shadday combined with Robert Winborne and Zac Ryan to strand 12 runners on base, including six in scoring position. Tiger starter Alex Eubanks (4-2) suffered the loss, as he surrendered eight hits, five runs and no walks with four strikeouts in 5.0 innings pitched.

Georgia Tech scored single runs in the third and fourth inning, then it scored three runs in the fifth inning, keyed by Ryan Peurifoy’s two-run homer, to take a 5-0 lead. Drew Wharton laced a run-scoring single in the sixth inning to put Clemson on the scoreboard.