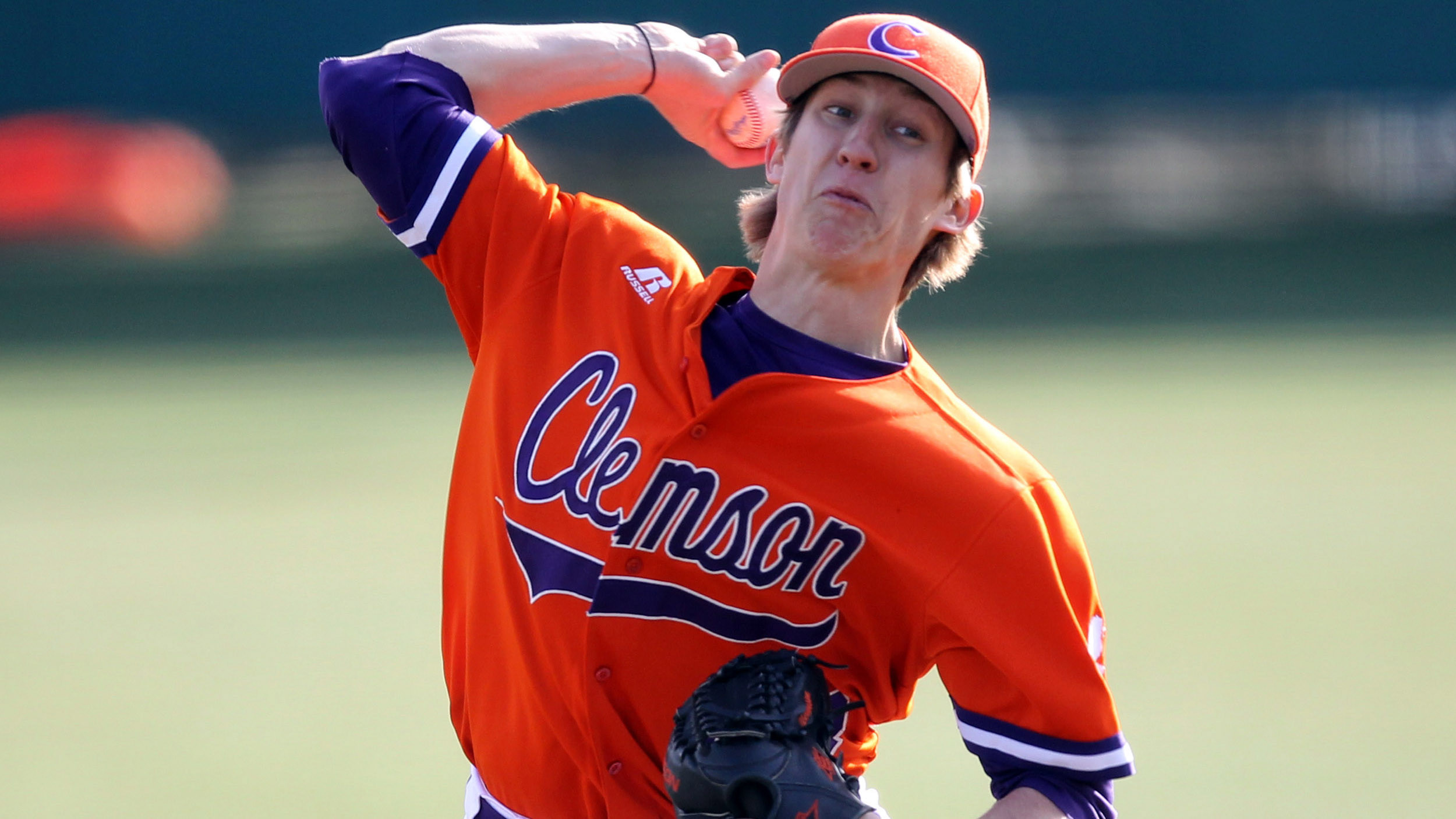 Gossett Pitches No. 14 Tigers Over No. 2 Virginia 7-1 Saturday

Gossett (4-0) gave up just five hits, one run and three walks with four strikeouts to earn the win. Cavalier starter Josh Sborz (3-2) suffered the loss despite taking a no-hitter into the sixth inning. It marked just the third time in its 35 games in 2014 that Virginia allowed more than four runs in a game.

The Tigers broke a scoreless tie with three runs in the sixth inning, highlighted by run-scoring singles by Tyler Krieger and Garrett Boulware. Clemson added four runs in the seventh inning, capped by Boulware’s two-run homer to left field, his third long ball of the year.