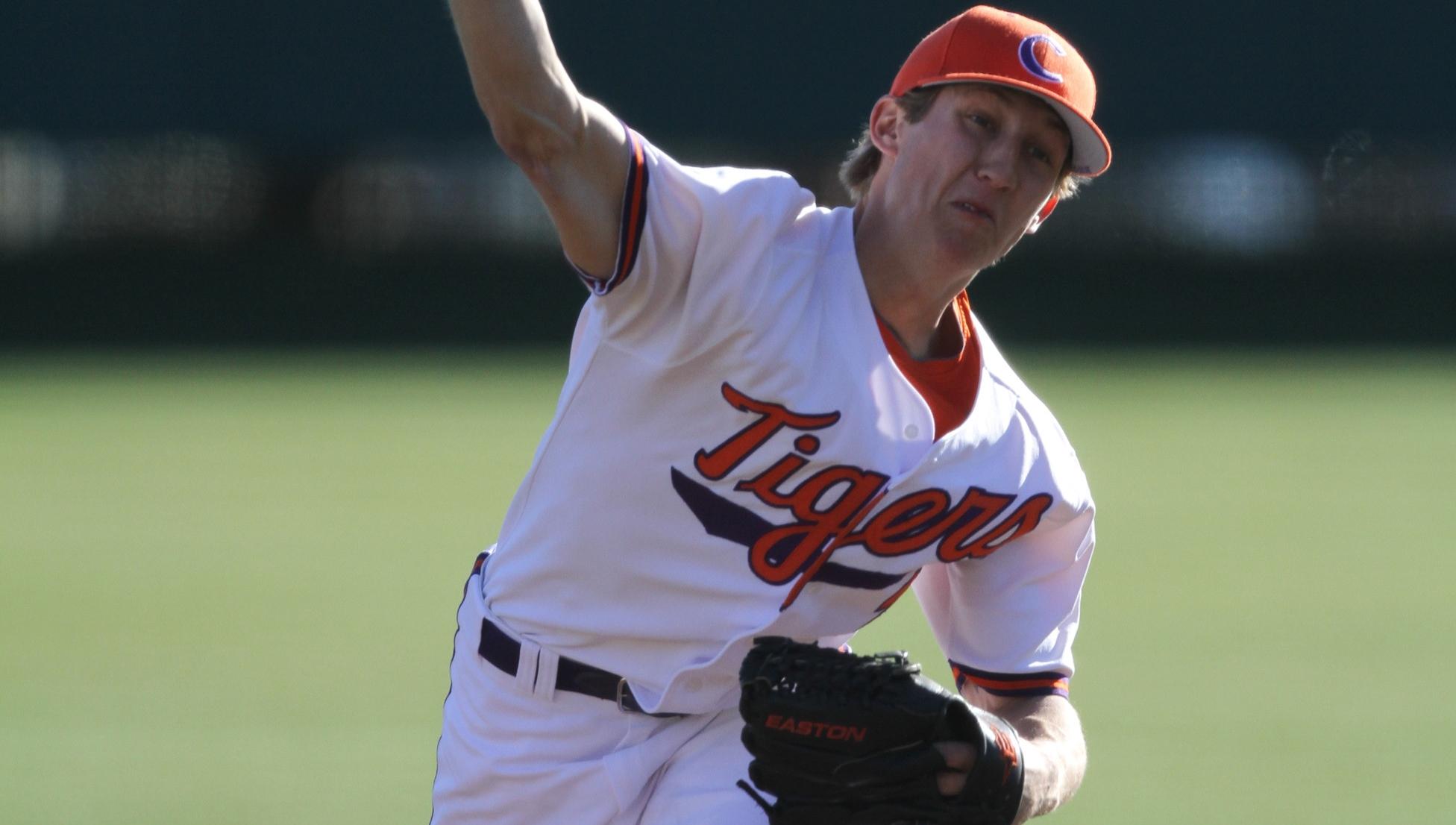 Clemson, SC – Junior righthander Daniel Gossett pitched 7.0 strong innings with seven strikeouts to lead #13 Clemson to a 5-2 victory over Maine at Doug Kingsmore Stadium on Friday afternoon.  The Tigers, who took a 1-0 lead in the series, improved to 3-1 overall, while the Black Bears fell to 1-3. With the win, Jack Leggett recorded his 1,267th career victory, tying him for 10th place with the late Ron Fraser in Division I history.  Leggett also reached the top 10 against his alma mater. “I thought we played really well overall,” said Leggett.  “The most important thing to me is we win the ball game tonight, so it feels good going home.  We will come back ready to go tomorrow.” Gossett (1-0) allowed just four hits, one run, and no walks to record the win, while Zack Erwin recorded his second save of the year by pitching the final 1.2 innings without allowing a run.  Black Bear starter Tommy Lawrence (0-2) suffered the loss in 7.0 innings of work. Clemson scored three runs in the first inning and never relinquished its lead.  Steven Duggar drove home the first run with a run-scoring single that extended his hitting streak to 13 games, then Chris Okey’s two-out double plated two more runs. Clemson and Maine play game-two of the three-game series Saturday at 2:00 PM.