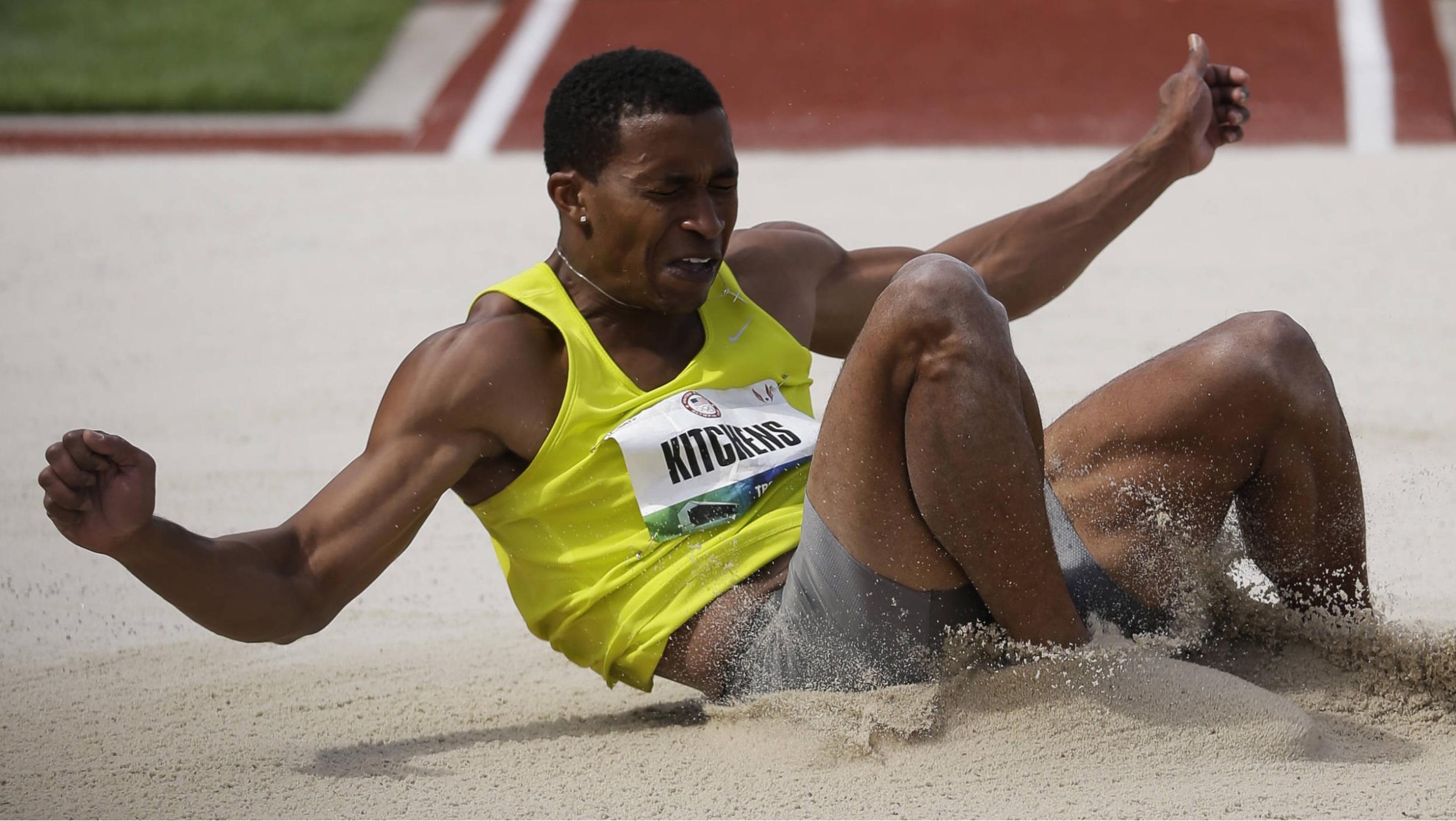 CLEMSON, SC – Former Clemson standout George Kitchens continued the momentum he built from the 2012 season which saw him earn a spot in the London Olympics on Sunday by winning the USA Championship in the men’s long jump on Sunday in Des Moines, IA.  His victory was the first USA Outdoor crown for a former Clemson men’s track & field athlete since Shawn Crawford captured the 200 dash at the 2009 meet. Kitchens has until July 20 to chase the “A” qualifying standard, which is 8.25 meters.  He jumped 8.23 meters on his third attempt Sunday, but with a wind-aided +2.8 reading at his back.  Kitchens’ jump converted to 27 feet, and he finished one centimeter ahead of Jeffrey Henderson to win the event.  He is only the third men’s athlete from Clemson to win a USA title, joining Crawford and former middle distance standout Terrance Herrington. Kitchens was one of two former Clemson athletes to win USA Championships this week at Drake Stadium.  On Saturday, newly turned pro Brianna Rollins ran to an American record 12.26 to capture the top prize in the 100 hurdles. Spencer Adams competed for the final time as a Tiger on Sunday.  He was the first person excluded from the final of the men’s 110 hurdles.  His time of 13.39 was actually tied for sixth-best, but he was fifth in his semifinal and one spot shy of the automatic bid to the final.  Adams finishes as a five-time All-American for the Tiger program in the hurdles. Dezerea Bryant capped her sophomore season on Sunday.  She ran to a time of 22.87 against a strong headwind, but was two spots out of the automatic bid position in the first of two semifinals.  She was just three hundredths of a second shy of making the final. Torian Ware competed at his first USA Championships on Sunday.  Also a sophomore, the Crawfordville, GA native went over the high jump bar at 7’0.5” on his second attempt.  He tied for 15th place.