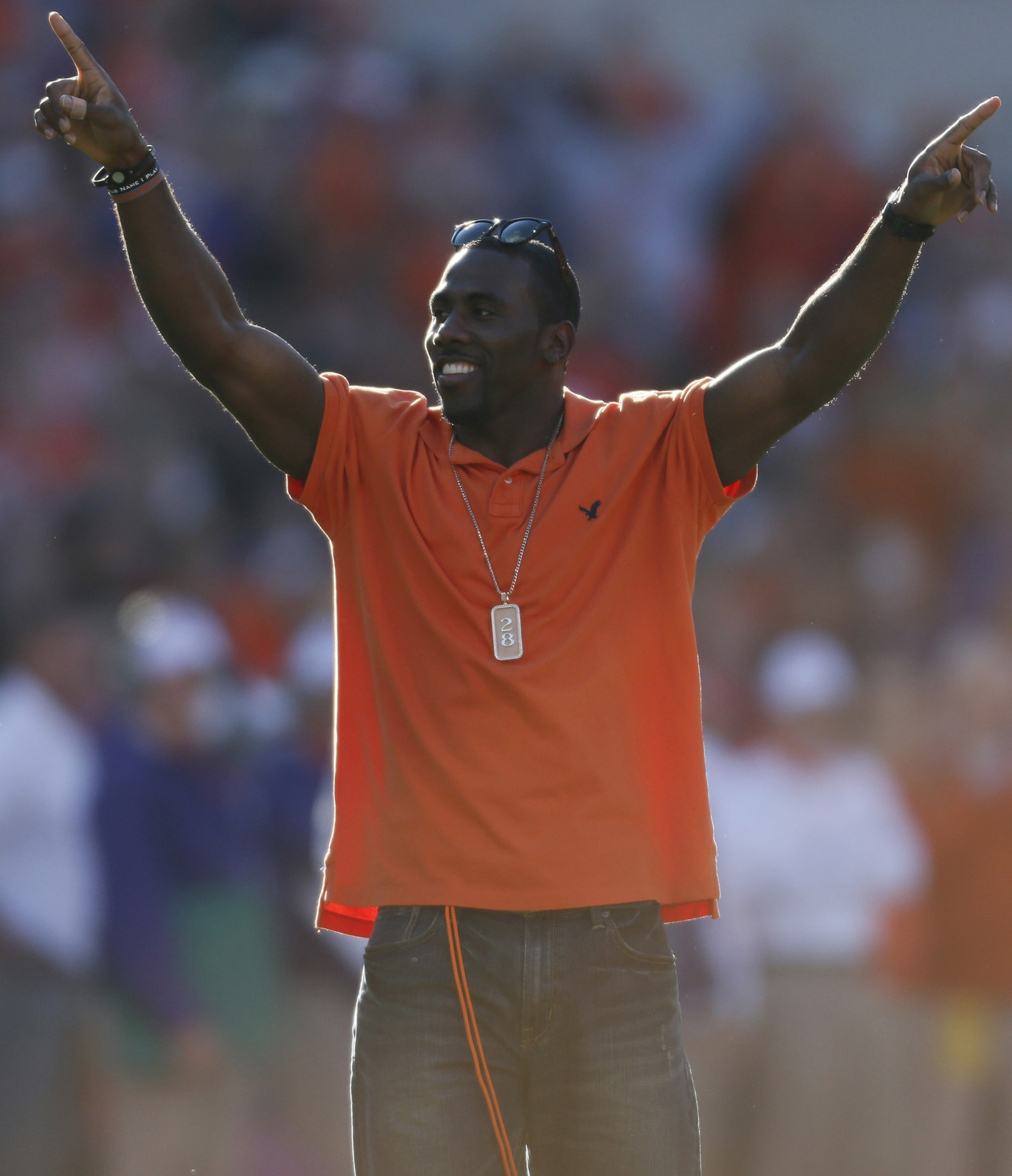 Clemson, S.C.—Forty-five former Clemson football players are in NFL camps this week according to team websites on NFL.com.   The NFL preseason schedule kicks off this weekend with the Hall of Fame game from Canton, Ohio.

Twenty-five of the 45 players have appeared in an NFL game and 36 of the 45 have been on an NFL roster previously.  Last year 37 former Tigers made NFL rosters for the regular season, an all-time record.

The Arizona Cardinals have the most former Tigers on their roster with five, while the Buffalo Bills, New York Jets, Houston Texans, Atlanta Falcons and New Orleans Saints have three apiece.   Fifteen different teams have multiple Clemson players and 22 of the 32 teams in the league have at least one former Tiger.

Six of the 45 players were first round draft choices,  and six more were taken in the second round.   It is interesting to note that 10 made NFL rosters as free agents. There are 25 players in the NFC and 20 in the AFC.  Twenty-seven of the players are defensive players, 16 offensive players and two kicking specialists.

Chris Clemons is the veteran of the group as he is entering his eighth year in the NFL.  He is one of the five players with the Arizona Cardinals.  C.J. Spiller has played the most games in his NFL career with 83, while Clemons has played 79, Marcus Gilchrist 78 and Kavell Conner 78.   Gilchrist has the most career starts among former Tigers in the NFL with 56.

Nine of the players were drafted off of last year’s team, including first round draft choice Shaq Lawson with the Buffalo Bills.   He is one of seven NFL rookies who played on Clemson’s defense last year.