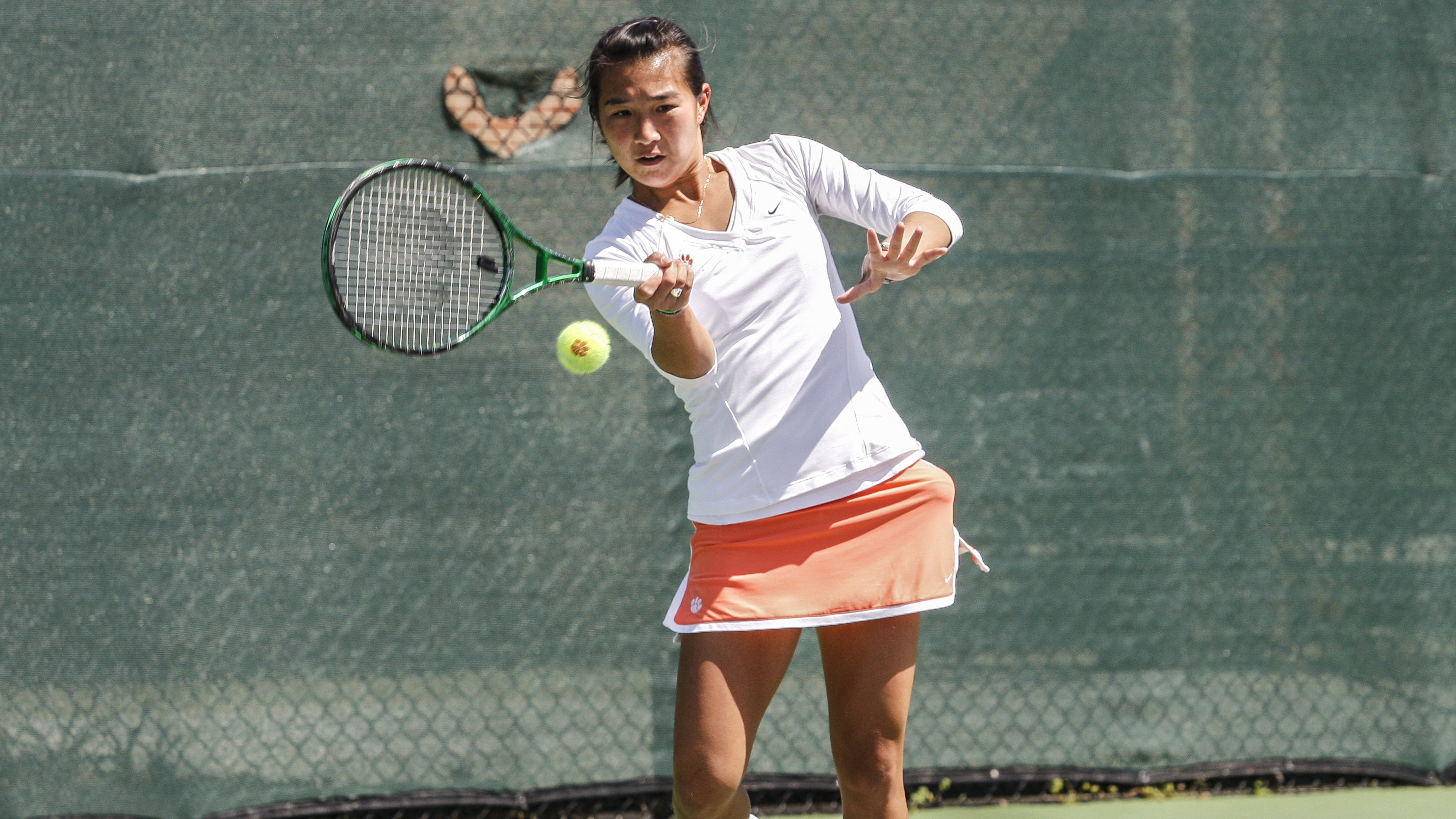 Keri Wong, a standout tennis player at Clemson from 2009-12, won the USTA Legacy Pro Circuit Women’s $25,000 Challenger doubles title in Pelham, Ala. this past weekend. Wong teamed with Danielle Lao, who played at Southern California. Ironically, Lao eliminated Wong from the 2012 NCAA Singles Championship in what was Wong’s final collegiate match.  Wong and Lao ousted the top-seeded duo of Allie Will (University of Florida) and Madison Brengle in the second round. They defeated Ilona Kremen and Dia Evitmova 1-6, 6-4 (10-7) to claim the trophy.  It is the fourth career professional doubles championship for Wong, who last won a $25K in Las Cruces, NM in June 2013. Wong is currently ranked 177th in the world in doubles.  The Jackson, MS native finished her Clemson career with 102 singles wins and 117 doubles wins, the third-most total wins in school history. She also ended her career as one of three Clemson players ever to record more than 100 singles and doubles victories. Wong is a two-time doubles All-American, and was named All-ACC three times in her career.