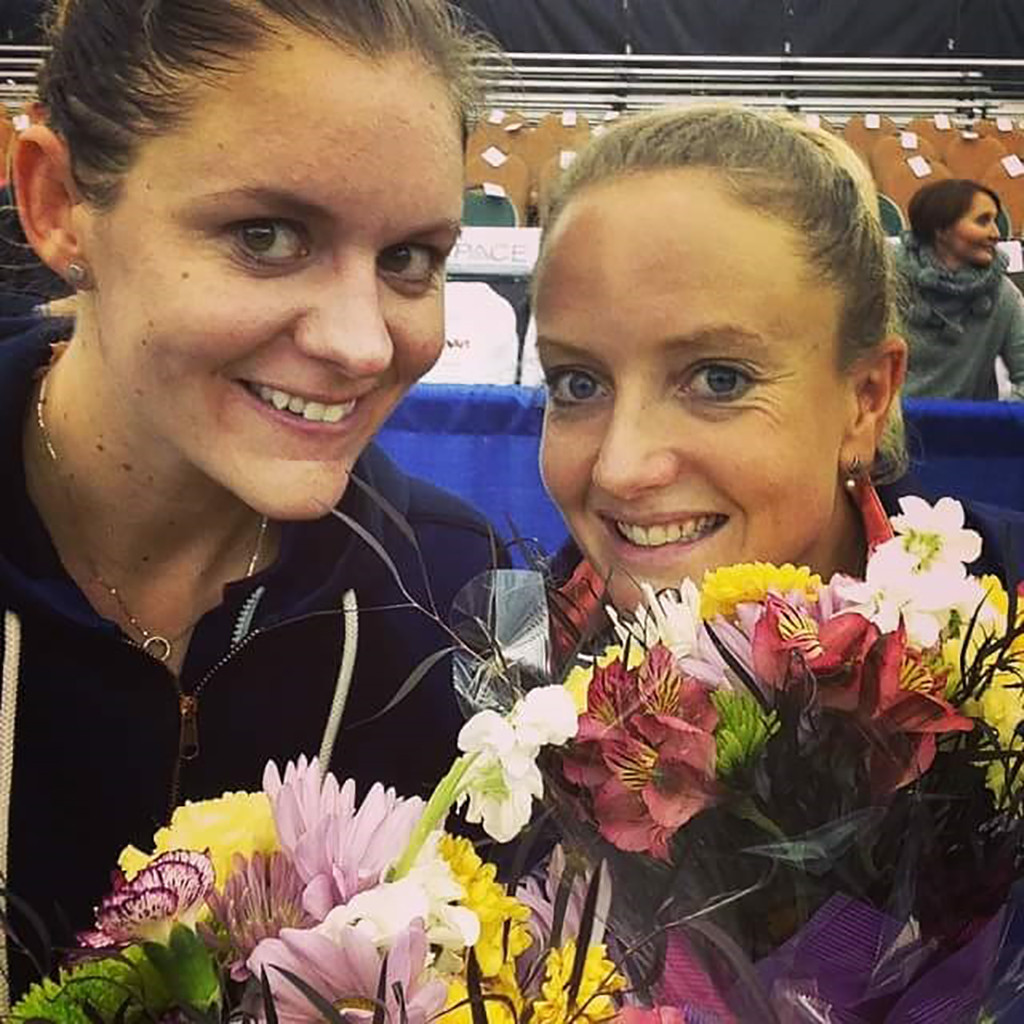 Coin and Webley-Smith defeated the American team of Root and Szabo in straight sets in the first round. They then upset the tournament’s No. 2-seeded team of Sorana Cirstea (Romania) and Eva Hrdinova (Czech Republic) 3-6, 7-6(6), 11-9, in a tight quarterfinal match. In the semifinals, the pair downed Jan Abaza and Sanaz Marand (a former Tar Heel) of the United States before defeating Cako and Vickery in the title match.

Coin is currently ranked 217th in the world in singles and 189th in doubles. The doubles victory in Michigan was her 16th career professional doubles title. She also has nine career singles tournament titles.

At Clemson, Coin was a three-time All-American, two times in singles, once in doubles, from 2003-05. She was the 2004 ACC Player of the Year and a three-time All-ACC selection. Coin helped lead the Tigers to the NCAA Final Four in 2004 and 2005, as well as the ACC Championship in 2004. She was inducted into the Clemson Athletic Hall of Fame in 2012.