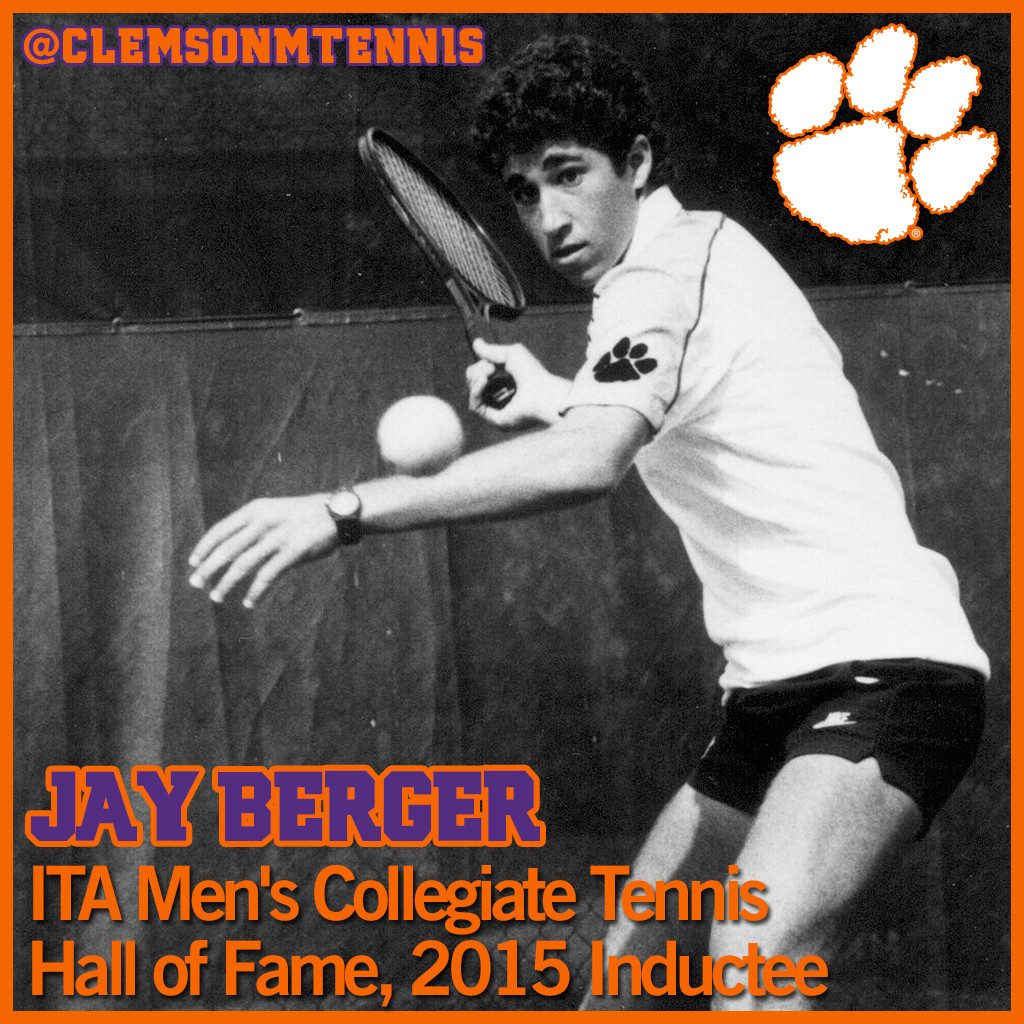 CLEMSON, S.C. – Former Clemson men’s tennis player Jay Berger will be inducted into the ITA Men’s Collegiate Tennis Hall of Fame as part of its class of 2015, the Intercollegiate Tennis Association announced last week. The enshrinement ceremony for Berger and the five other members of the class is scheduled for Wednesday, May 20, and takes place during the NCAA Division I Men’s and Women’s Tennis Championships hosted by Baylor in Waco, Texas.

Berger was an All-American in singles at Clemson in 1986 and an All-ACC selection in 1985 and 1986. He also won ACC Flight Championships at No. 4 Singles and No. 2 Doubles in 1985. He finished the 1985 season ranked 30th in the nation according to the ITA, and was ranked 13th nationally in the association’s final poll in 1986. In doubles, he was ranked 16th in 1985 with partner Miguel Nido and 20th in 1986 with partner Kent Kinnear in the final national polls.

In his two seasons with the Tigers, Berger posted a career singles record of 91-22 and a career doubles record of 58-23. His 57 singles wins in 1985 (57-11 record) rank second in Clemson history in terms of most singles victories in a single season, while his 38 doubles wins (38-18 record) recorded the same year are sixth in school history in single season individual doubles wins.

Following his Clemson career, Berger was named Sportsman of the Year by the U.S. Olympic Committee in 1986. He was a member of the United States’ Davis Cup Team in 1988 and 1990, and posted a 2-0 record in singles play. In 1989, Berger reached the quarterfinals of both the French Open and the U.S. Open, and achieved a career-high ATP singles ranking of seventh. He also earned a year-end best ATP singles ranking of 10th in 1989, and finished the season with a 40-19 record in singles.

Berger was named to the Atlantic Coast Conference’s 50th Anniversary Men’s Tennis Team in 2002. He joined the USTA National coaching staff in 2003, and currently serves as the Head of Men’s Tennis for the USTA.