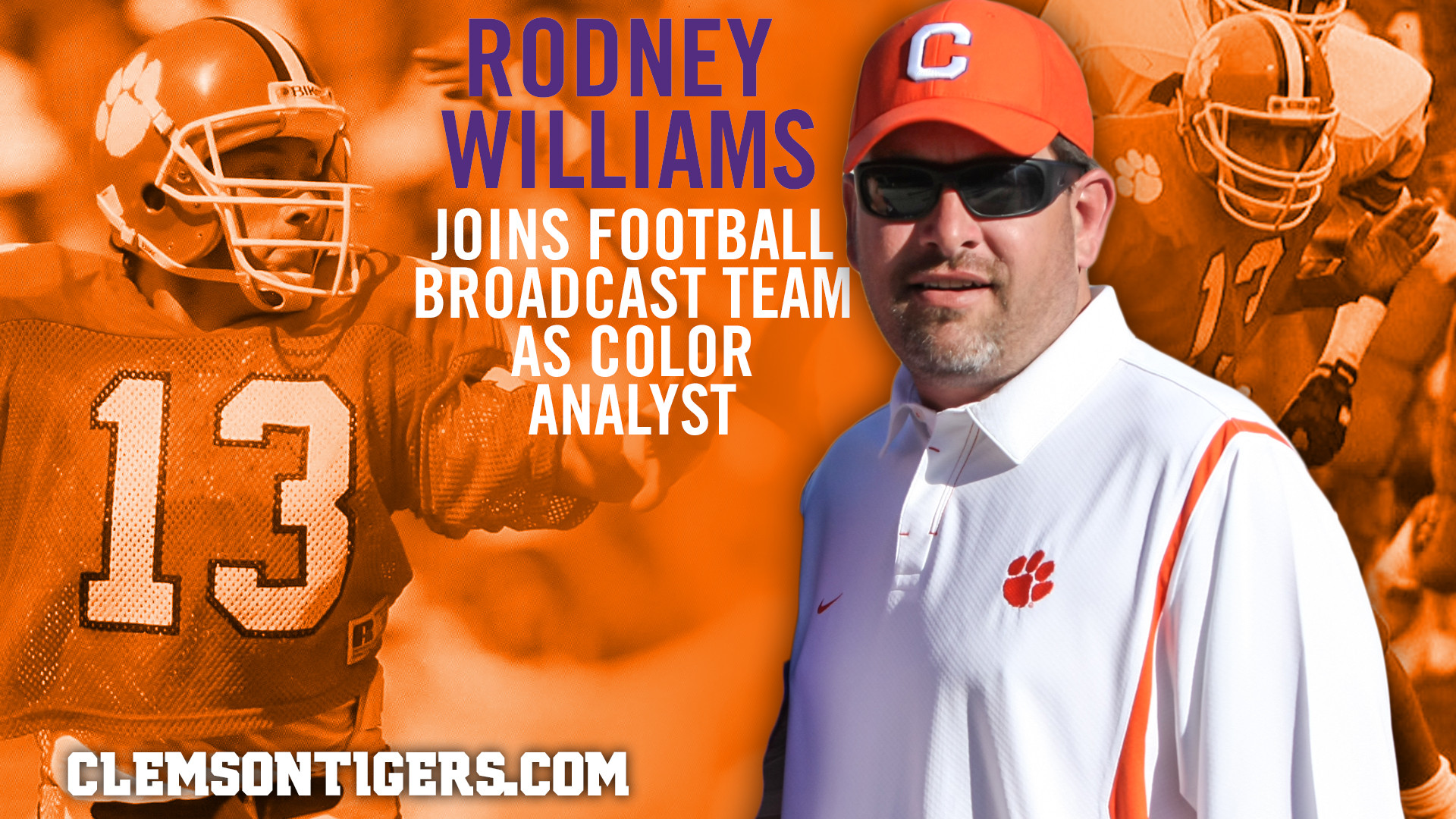 “I’m excited to be a part of the Clemson football broadcast and be around the program again,” Williams said. “This is a great opportunity, and I can’t wait to get started this fall.”

Inducted into the South Carolina Athletic Hall of Fame this past spring, Williams completed his Clemson career (1985-88) as the winningest starting quarterback in ACC history with a 32-10-2 overall record. He established then-Clemson career records for passing yards (4,647), pass completions (333) and pass attempts (717) while setting career record for most starts regardless of position (44).

“It’s great to welcome Rodney back to the Clemson broadcast,” director of athletics Dan Radakovich said. “He and Don will do a great job for us in the booth this fall and our fans will enjoy listening to them call games.”

“We’re happy to bring Rodney on board as the color analyst,” said Gerry Dickey, general manager of Clemson Tigers Sports Properties. “His experience and knowledge of Clemson football will be great for the broadcast.”

Williams was named most valuable player of the 1986 Gator Bowl and the 1988 Citrus Bowl, becoming the first player in Clemson history to be MVP of two bowl games. A member of the Clemson Athletic Hall of Fame, he led the Tigers to four consecutive bowls and three straight bowl wins.