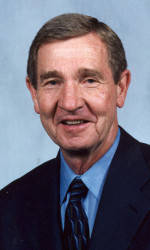 Clemson, SC – Bobby Hussey, who served Clemson as an assistant basketball coach for five years under two different head coaches, passed away Tuesday afternoon after suffering a stroke. Hussey had been suffering health problems for the last couple of years as a result of Alzheimer’s Disease. He was in a medical facility in Charlotte at the time of the stroke.

Hussey first came to Clemson as an assistant coach under Cliff Ellis for the 1989-90 season. The Tigers finished that season with a 26-10 record, including a 10-4 record and first place finish in the ACC. That is the only Clemson team to win the ACC regular season championship. That team led by Elden Campbell and Dale Davis, went on to the Sweet 16 of the NCAA Tournament.

Hussey worked primarily with the Clemson big men that year and both Davis and Campbell made first-team All-ACC, the only time in history that Clemson has had two first-team selections in the same year. He was also significantly involved in scouting the opposition. The Tigers had five wins against Top 25 teams that year, including fifth-ranked Duke, 97-93, a game that clinched the ACC regular season title.

Hussey returned to Clemson for the 2000-01 season and worked for three years under Larry Shyatt. He had a positive effect on the careers of Will Solomon and Edward Scott during his second tour of duty with the Tigers, helping both to first-team All-ACC selections. Scott was third in the nation in assists in 2001-02.

“I knew Bobby Hussey for many years and was fortunate to work with him at Clemson for three years,” said Larry Shyatt, former Clemson Head Coach who is now associate head coach at National Champion University of Florida. “He was everything you would want in a coaching mentor and friend. He had a very positive impact on so many of our players on and off the court.”

A veteran of over 30 years as a college basketball coach, he served as a head coach for 20 years during stints at Virginia Tech, Davidson and Belmont Abbey College. Hussey gained 310 victories as a head coach at the three schools and had six 20-win seasons in his career.

The 1963 graduate of Appalachian State began his head coaching career at Kings Mountain High School in North Carolina. In his four years (1966-70) he posted an incredible 67-6 record.

From there he moved on to Belmont Abbey as head coach. His last four teams all won at least 20 games, including a 29-5 ledger in 1979-80. Belmont Abbey was 179-111 in his career at the North Carolina based institution, including 96-31 his final four years.

After his first tour of duty under Cliff Ellis at Clemson, he served former Clemson Head Coach Bill Foster at Virginia Tech from 1991-97. The Hokies won the NIT Championship in 1995 and won the Atlantic 10 Western Division in 1996. That Hokie team posted a 23-6 record and advanced to the second round of the NCAA Tournament.

In 1997-98, Hussey succeeded Foster as head coach at Virginia Tech, a position he held for two seasons. He then returned to Clemson for the 2000-01 season. He completed his college coaching career in 2002-03 at Clemson. He worked with many programs and coaches as an advisor and at camps for the next two years.

Hussey is survived by his wife, Sandra, and their two sons, Bo and Greg.