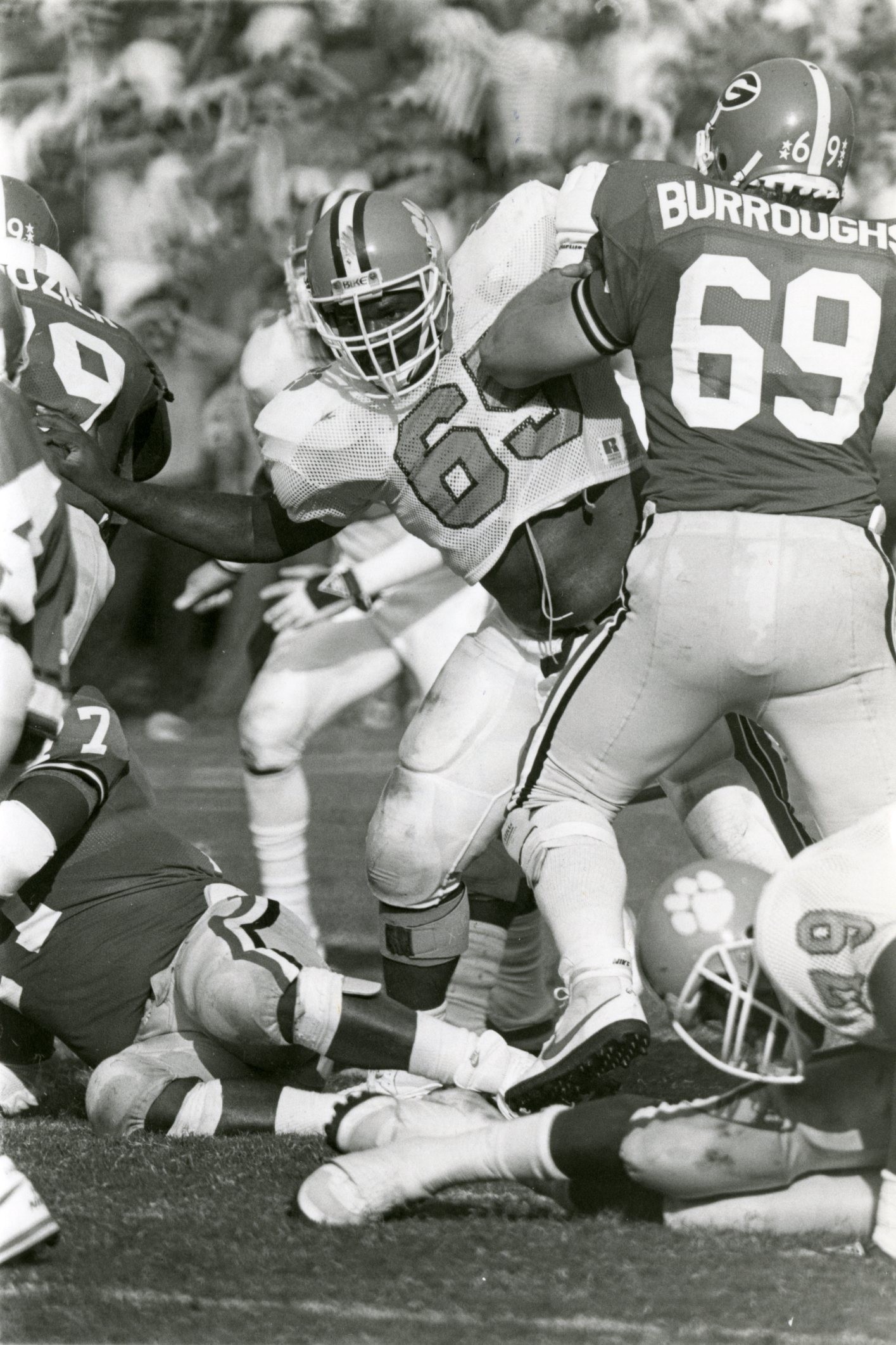 Clemson, S.C.—Former All-ACC defensive lineman Tony Stephens passed away on Monday,  July 4th after a long battle with a respiratory problem that recently led to pneumonia. He was 51.

A native of Walterboro, S.C., Stephens was a starting middle guard on Clemson’s ACC Championship teams of 1986 and 1987 and was a first-team All-ACC selection as a red-shirt senior in 1987.  He was a third-round draft choice of the New Orleans Saints in 1988.

Stephens was an unknown his first three years.  He red-shirted the 1983 season, then suffered a broken wrist in 1984.  He moved to the offensive line in 1985 and played just one game.

A fourth-team middle guard in the summer of 1986, Stephens impressed Clemson Head Coach Danny Ford in August and moved into a starting  defensive line position by the first game.  In 1986, he had 52 tackles in 12 games, 11 as a starter, and had four sacks for the Clemson team that finished 8-2-2 and defeated Stanford in the Gator Bowl.

In 1987, Stephens teamed with All-American Michael Dean Perry  in the middle of the defensive line to help the Tigers to a 10-2 record, a Citrus Bowl win over Penn State and a  No. 10 final ranking in the UPI Coaches poll.  The Tigers were ranked 12th by AP.

Stephens had 61 tackles that year, including nine tackles for loss, second behind Perry.  He was a big reason the Tigers ranked second in the nation in rushing defense, fifth in total defense and 13th in scoring defense.

His top play that year took place against Georgia in a game at Memorial Stadium when he stopped Georgia running back Lars Tate on first down from the Georgia one-yard-line.  The next play the Tigers recorded a safety, a key play in Clemson’s  21-20 victory.