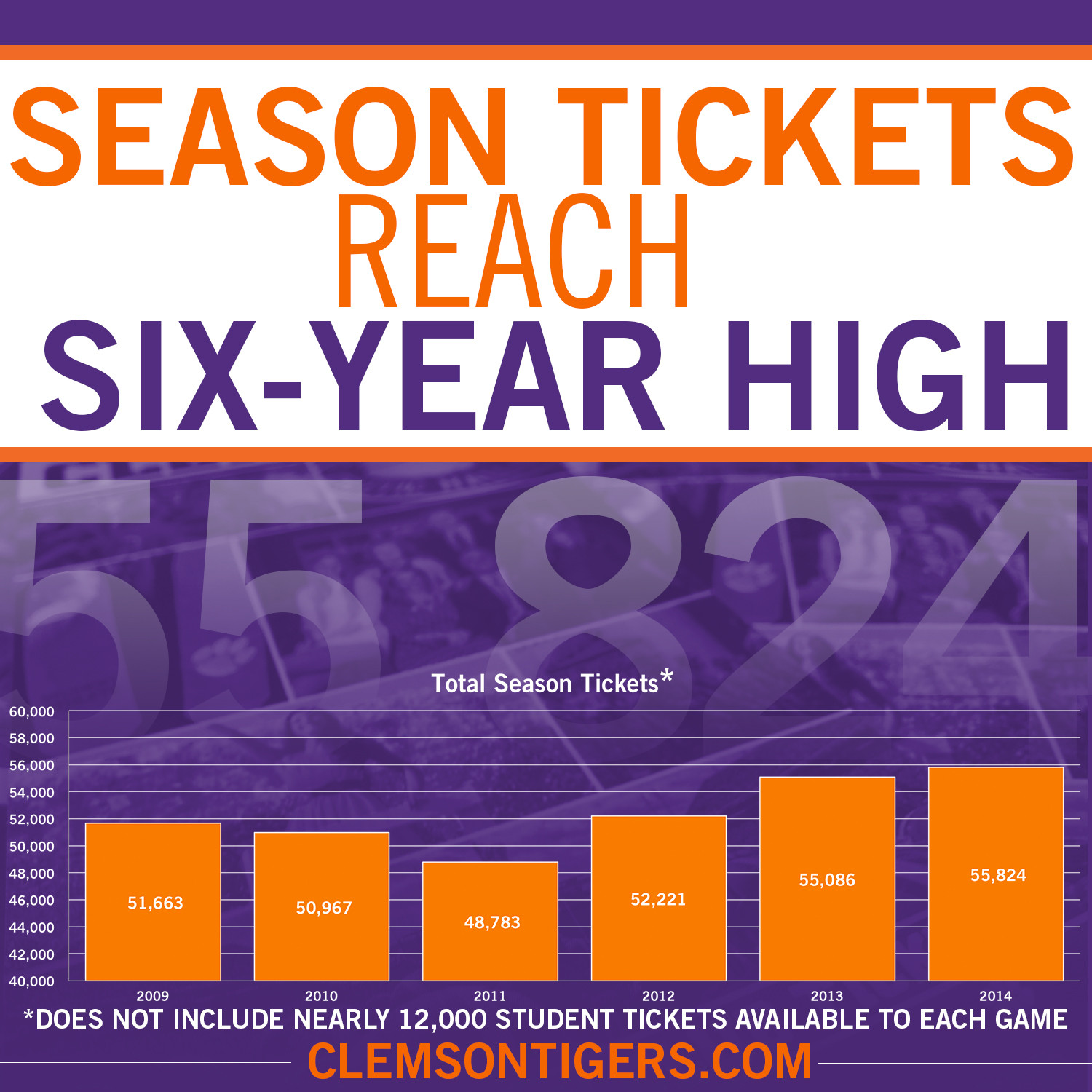 The Clemson Athletic Ticket Office announced today football season ticket totals have approached 56,000, marking the highest distributed total since the 2008 season. The total does not include nearly 12,000 student tickets available to each game.

“As we continue to move forward and compete for ACC and national championships, this level of support from our passionate fans is not only appreciated, it’s vital for our success,” director of athletics Dan Radakovich said. “Our fans are the best in the nation, and we’ve challenged our department to continue to improve their experience each time they come to Memorial Stadium.”

With the assistance of Verizon and CCIT, Clemson upgraded the Distributed Antenna System in Memorial Stadium and throughout the athletic district in an effort to increase connectivity for patrons and students attending sporting events. Aramark has also installed credit card machines at every concession stand throughout Memorial Stadium. The video boards will feature a new clean, consistent graphics package, while captioning of the public address announcer will be shown along the north and south ribbon boards.

Additionally, the department developed the Solid Orange Fan Advisory Board, a cross-section of fans to help assess the needs and desires of those who fill each of the athletic department’s stadiums.

Clemson opens its seven-game home season Sept. 6 against South Carolina State. Kickoff is scheduled for 12:30 p.m., and gates open at 10:30 a.m. More information about the game is available at ClemsonTigers.com.