Why We Wear Purple

Clemson, formally founded as Clemson Agricultural College in November 1889, was originally a military school, reflecting a belief at the time that a military atmosphere produced the highest academic excellence. Beginning with the first graduating class of 1896, more than 10,000 Clemson men and women have served in the armed forces. Throughout the decades, Clemson’s military heritage has remained, even as the university transitioned to a coeducational civilian institution in 1955.

Saturday’s game against Louisville was Clemson’s 29th Military Appreciation Day. The history of the special day dates to 1994 when Clemson had a special flyover for the Clemson vs. Georgia Tech game on Nov. 12, just one day after Veterans Day. The flyover of four F-16s from Shaw Air Force Base during pregame was the highlight of the celebration that day.

Clemson has celebrated its military history every year during games held in November or when Clemson plays host to a school with its own military heritage. The Tigers don purple uniforms for the Military Appreciation Day game in reverence to the Purple Heart, the oldest United States military decoration.

General George Washington awarded the first purple-colored, heart-shaped badges to soldiers who fought in the Continental Army during the American Revolution. Clemson has a 24-4 record in the previous 28 Military Appreciation Day games. The Tigers have won 14 such games in a row, with the last loss coming against Virginia Tech in 2007.

Static displays of military vehicles were on Bowman Field the morning of the game. Tigers fans will have the opportunity to view these vehicles up close and a look inside!

One of the most exciting parts of American sporting events for the fans, besides the game, are the flyovers. Excitement fills the stadium as the aircraft approach the end of “The Star Spangled Banner.” The low flying aircraft buzz the stadium in the flyover. This year, the flyover was conducted by the 238th Aviation Regiment and their three Chinook helicopters. The flyover was performed by three CH-47F Chinook helicopters assigned to Company B, 2-238th Aviation Regiment, 59th ATC, South Carolina National Guard. 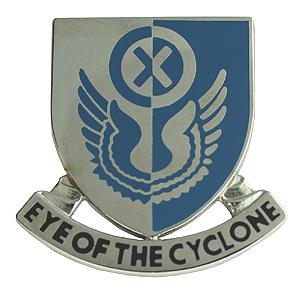 Learn More about the Chinook Helicopter

In stadium look at the flyover from three Chinook helicopters

Recognition of the flyover team

Clemson honors the pilots and crew who made the flyover happen!

Captain Nathaniel Horton Returns home from a 9-month deployment to surprise his family during the game!

Hero of the Game: Master Sergeant Harry Humphrey – 1st Quarter
Master Sergeant Humphrey volunteered for the United States Marine Corps in 1967, later deploying to Vietnam following his training. After only being there for 31 days, his squad was ambushed and he was shot four times, including once to his face before being medically evacuated.

Having barely survived, harry decided to fulfill his commitment to the Marine Corps and served honorably until 1970.

Master Sergeant Humphrey’s awards and decorations include the Purple Heart Medal, Army Commendation Medal, the Army Achievement Medal, and the Marine Combat Action Ribbon, among many others.

The father of Clemson Offensive Lineman Will Putnam, Colonel Putnam was commissioned in the United States Army, serving 30 years as a combat engineer, infantry, and special forces assignments before retiring in 2020. He spent 24 years proudly serving as a member of the Special Forces regiment, known commonly as “Green Berets.”

He deployed throughout the world, including combat deployments to Afghanistan and numerous missions in Central and South America.

We were also joined by some of the Nation’s Top Military Leaders in Memorial Stadium:

All Known Clemson POWs (Those who were present are in bold)

During his time, Buddy served in the 9th Air Force within the 387th Bombardment group as an engineer gunner on a B-26 Bomber. He flew for 65 missions, including the invasion of Normandy, the Battle of the Bulge, and the Allied advance from Paris to the Rhine.

During battle, a bullet struck his first aid kit, located on his chest, ultimately saving his life and allowing him to eventually return home safely.

He joined us at Memorial Stadium at 105 years old.

Tiger Band Plays the Songs of the US Military

A Tribute to Fallen Veterans

A tribute to fallen soldiers took place at halftime with the assembly of The Soldier’s Cross and a 21-gun salute in the east end zone, ending with the playing of “Taps.” The configuration of the rifle pointed downward with a helmet resting on the stock was a common sight during World War I and World War II. This tradition is carried on to this day as a memorial to all who made the ultimate sacrifice.

More Information on "The Soldier's Cross" or "The Battlefield Cross"

On Friday, November 11 Clemson held an instillation ceremony for the POW-MIA chair that was added to Memorial Stadium. This permanently empty chair is in place in the stadium to honor those who were POW and MIA. This tradition can be found in almost every military installation as a constant remainder.

The chair was installed thanks to a gift from Jennifer and Frank Blake as a constant reminder of those who are Prisoners of War and Missing in Action – the POW / MIA Chair of Honor.

Clemson is aware of 23 Clemson alumni – from World War 2 through the present – who were Prisoners of War during the Vietnam War. Three were on hand at the ceremony and will be honored Saturday:

According to the Department of Defense – more than 80,000 American service personnel are missing from previous conflicts.  The POW / MIA Chair of Honor is a powerful symbol of our on-going commitment to these patriots. We will never forget them – and we will stand with their families in the hope that – one day – their loved ones will return home.

At halftime, Clemson recognized Prisoners of War and Missing in Action with the Missing Man Table ceremony, and especially the 23 known Clemson alumni who were POWs during World War II, the Korean War, and the Vietnam War.

More Information on The POW-MIA Table

On September 19, 1942, Clemson defeated Presbyterian College in the first football game in the Tigers’ newly built 20,500-seat stadium. According to records, the decision to dedicate the venue to those from Clemson who served in the U.S. armed forces was also made in 1942, and the venue has since been known as Memorial Stadium.

An official dedication ceremony of the stadium was delayed until the troops came home, but didn’t take place with World War II ongoing.

November 12, 2022, we recognized and honored all men and women who have served and are currently serving in the Army, Navy, Marine Corps, Air Force, Space Force, Coast Guard, and National Guard, Clemson officially confirms the 1942 dedication of Memorial Stadium, honoring those who have made the supreme sacrifice in the service to our country.

A full video of the Military Appreciation day celebrations during halftime