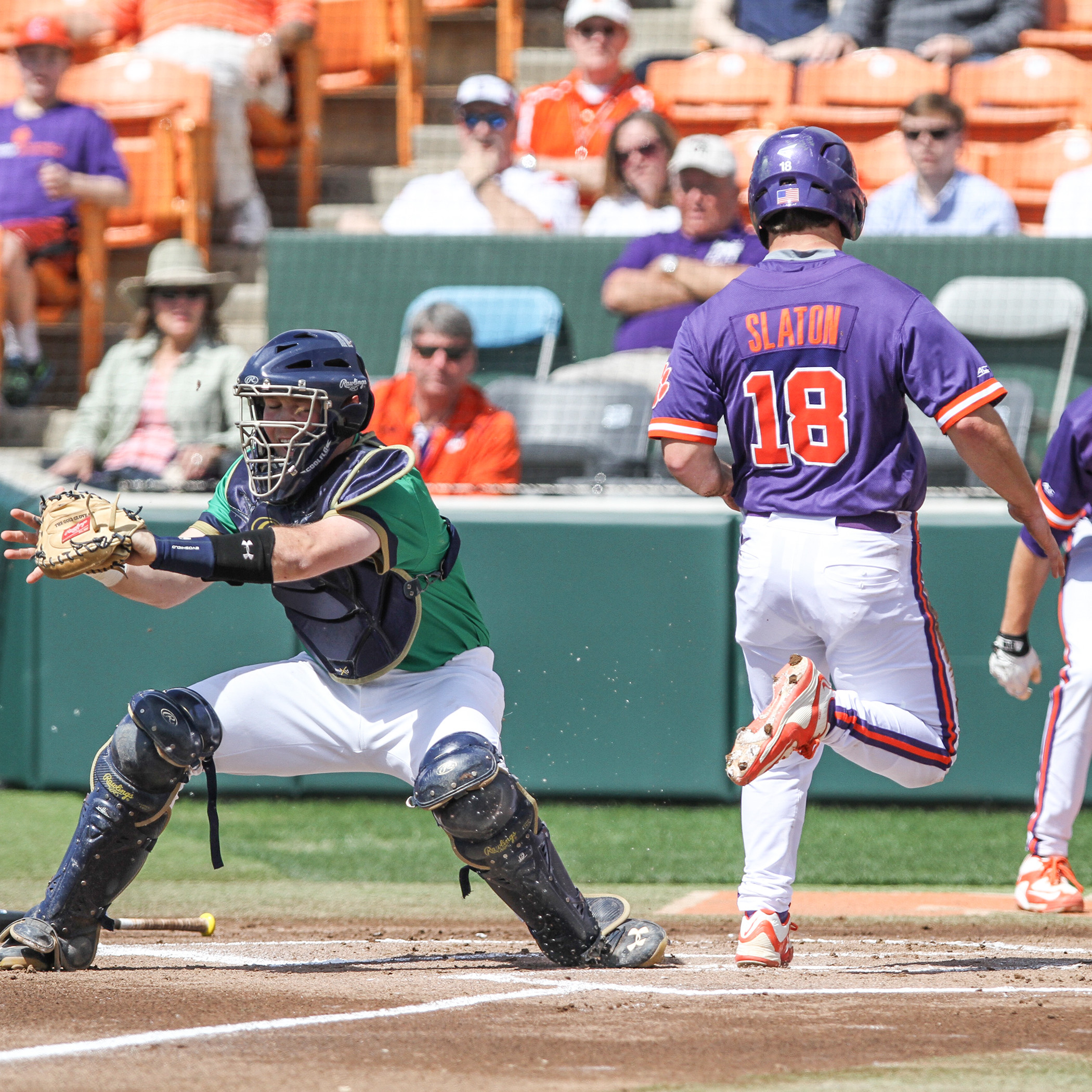 CLEMSON, S.C. – Nick McCarty allowed just one unearned run on five hits in 6.0 innings pitched to lead Notre Dame to a 5-1 win over Clemson at Doug Kingsmore Stadium on Sunday afternoon. The Fighting Irish, who won the series 2-1, improved to 14-4 overall and 3-3 in the ACC. The Tigers fell to 9-9 overall and 2-4 in ACC play.

McCarty (3-1) struck out only two batters against three walks and two hit-by-pitches, but did not allow a run in innings 2-7 after the Tigers’ leadoff batter reached base in four of those six frames. Tiger starter Zack Erwin (1-3) suffered the loss despite yielding just one earned run in 7.0 innings pitched.

Clemson scored the game’s first run in the first inning on Steven Duggar’s sacrifice fly, then the Fighting Irish scored single unearned runs in the second and third innings to take the lead for good. Notre Dame added a run in the fifth inning and two runs on a double in the eighth inning after the first two batters were retired.

“Zack Erwin did a nice job for us and pitched his way out of trouble and made some big pitches when he had to, which kept us in the ballgame,” said Head Coach Jack Leggett. “We made a couple mistakes that cost us a couple of runs, and they were just sharper than we were today.”

The Tigers begin a five-game stretch of road games with a contest at Coastal Carolina on Tuesday at 6 p.m.