As Clemson took the pitch at Historic Riggs Field for its 2019 season opener against in-state rival South Carolina, a new face stood stout in the center of Clemson’s defense while the referee blew the opening whistle. Oskar Ågren earned his first cap with the Tigers that evening and has been one of the team’s most consistent contributors ever since, having earned the start in 36 of Clemson’s 37 matches since facing the Gamecocks.

Ågren’s journey with Clemson began during in January of 2019, as the native of Malmö, Sweden, arrived in Tigertown for his first semester of classes and training. As the team’s slate of exhibitions began in March, the game proved to come easy for the savvy defender. Thanks to the people around him, Ågren experienced a seamless transition to the collegiate style of play.

“Since the first day I came, I have been given a lot of trust and a lot of minutes on the field,” reflected Ågren when thinking of his early success within the program. “With the help of the coaches and my teammates from the day I arrived, I’ve been able to adapt quickly to the college game and have been able to contribute to the team.”

Following that first spring season, his hard work paid dividends as the 2019 campaign began. Ågren would go on to earn the start at center-back in all 22 of the Tigers’ matches and helped lead a defense that conceded a mere 21 goals while preserving 10 shutouts. The experience he gained in the NCAA tournament at the end of his first year allowed for Ågren to enhance his development as a player, as gritty matches were the norm during the team’s postseason run in 2019. 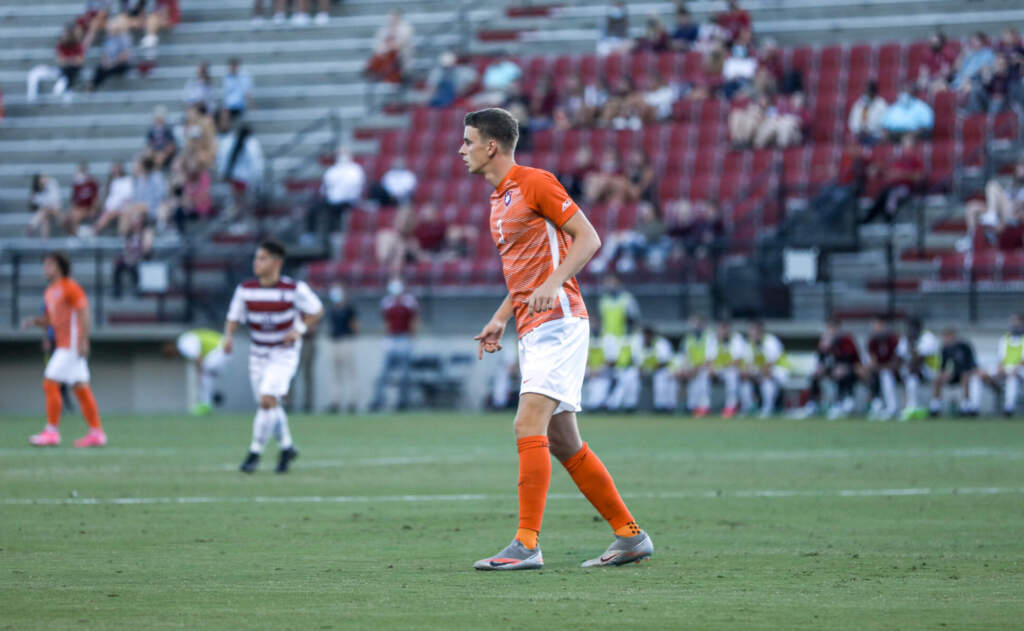 Throughout his first two years with Clemson, Ågren has been involved in many memorable matches and has been a part of two historic teams within the program’s deep history. But, when asked to reflect on what he’s enjoyed most about his time so far as a Tiger, what stood out the most were all the times the team has able to keep their opponents scoreless.

“All the clean sheets that we’ve kept, I’ve enjoyed those the most. Some of my best skills are on the ball, but I’m a defender first, and I take pride in defending and stopping the opponents from having an opportunity to score goals.” 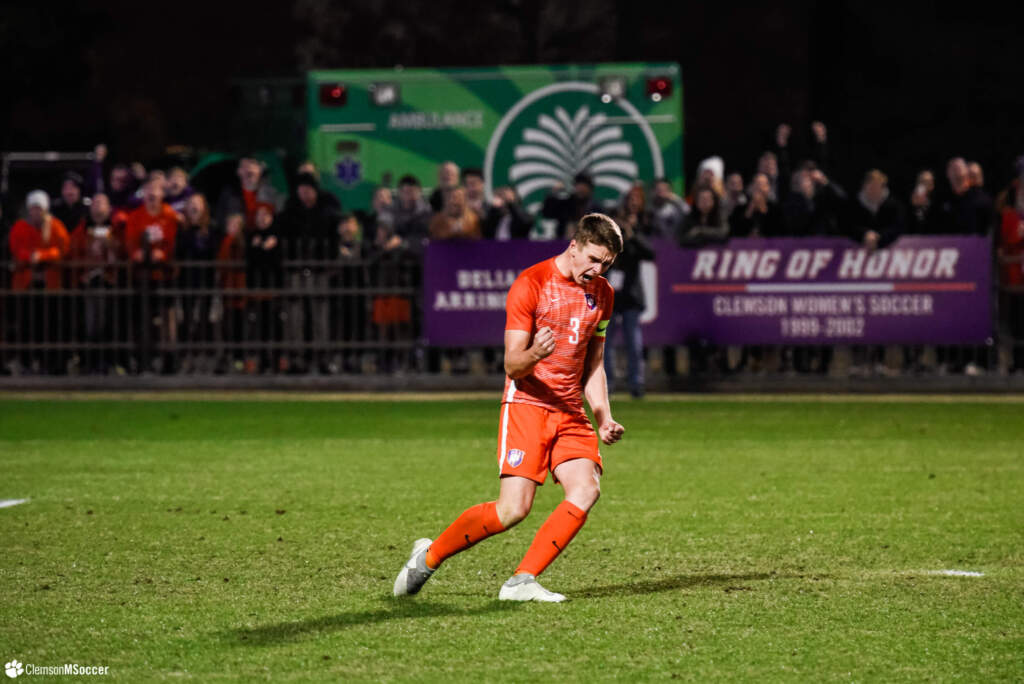 All of the success Ågren has contributed to has come with George Marks in net for the Tigers, as the standout goalkeeper from Raleigh, N.C., has been another rock amongst Clemson’s defensive unit. During their time controlling the team’s backline, Ågren and Marks have developed a special bond.

“I think we get along well, and we see things in the same way. We know how to play and what decisions to make,” remarked Ågren. “He’s always pushing me on the field and off the field. I think we can push each other to become better players, better leaders, and better people on and off the field.”

As the Tigers now have their sights set on finishing strong across their final two matches of the regular season, Ågren’s maturation shines bright as he’s able to always stay focused on the team’s next game. With so many matches in a season, Ågren is able to find plenty of motivation each time he steps out onto the field.

“It’s great to have these competitive ACC games week in and week out. I think those matches really make it easier to get up and compete in those games and also push yourself and your teammates to get up for those games.”

There will be plenty of more opportunities for Ågren and the Tigers to get motivated as postseason play draws near, and thanks to the backline’s cohesiveness and Ågren’s leadership, Clemson will be in good hands going forth.