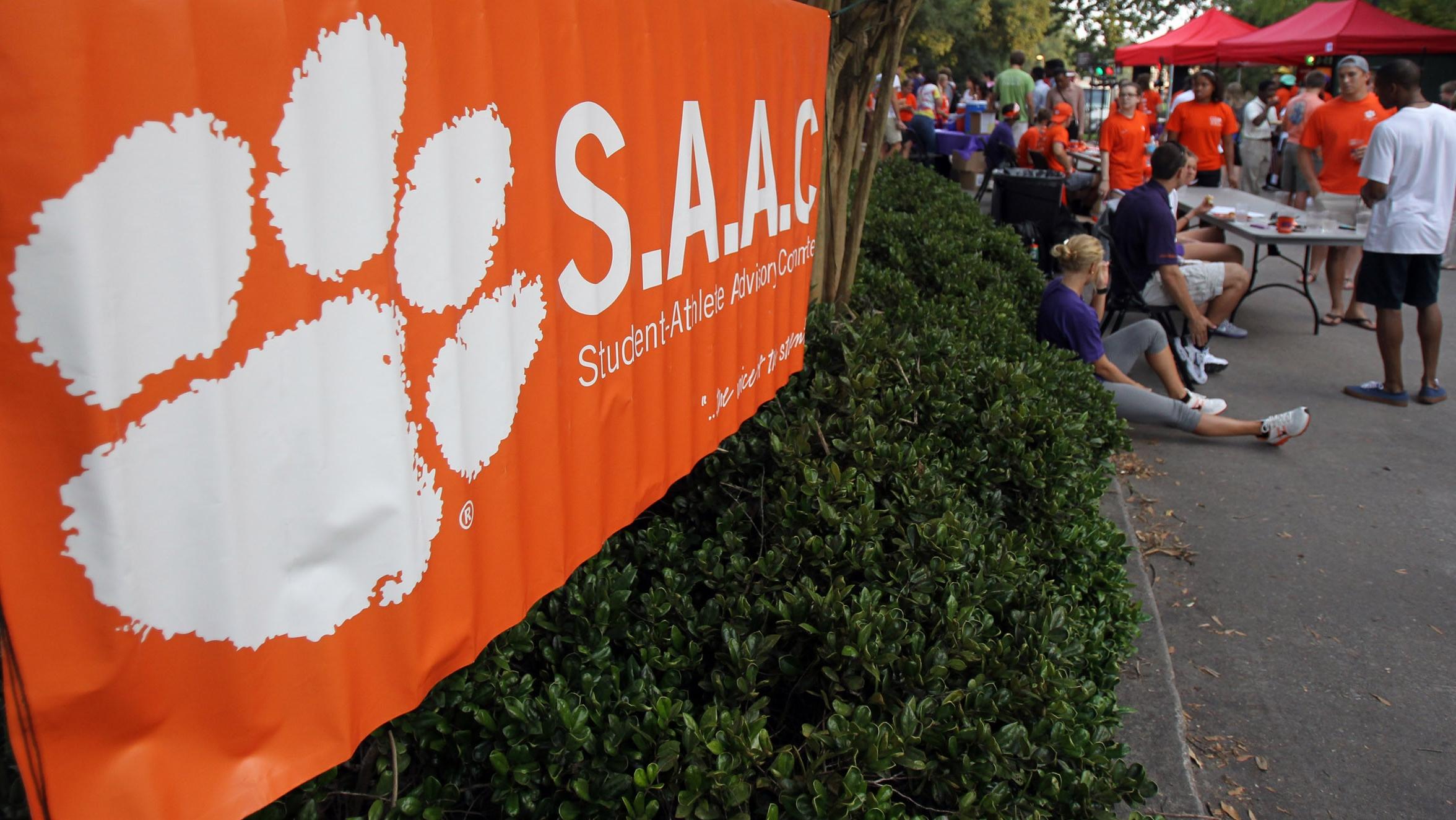 As a senior thrower for the Clemson track & field team, Marcus Brown knows his classmates often view him as just an athlete and lose sight of the first part of the term student-athlete.

The Solid Orange Block Party held Sept. 5 in the horseshoe in front of Vickery Hall was aimed at changing that perception.

Brown is the president of the Student-Athlete Advisory Committee, which hosted the event in hopes of getting the student body – both the students who play for a varsity sports team and those who don’t – together right in the heart of campus.

“A lot of times since we’re basically on two separate realms of the campus, we really never get together as a student body,” Brown said. “We just wanted to get together and let everybody know, ‘Hey, we’re students too. We’re just like you guys.'”

Funded by IPTAY, the event featured a live DJ, photo booth, pizza, games and raffles to encourage student-athletes to engage their classmates.

“SAAC is devoted to being involved with the community and the rest of the student body here at Clemson,” Director of the IPTAY Annual Fund Travis Furbee said. “We are in full support of its initiatives, so we are happy to fund an event like this that allows our student-athletes to interact with their classmates.”

The event was also aimed at spreading the Solid Orange message, which promotes sportsmanship, good fan behavior and safe tailgating at Clemson’s sporting events, to the freshman class early into their time on campus.

“We want to get these messages across early,” Assistant Director of Student-Athlete Development Kyra Lobbins said. “There are going to be a lot of football games, and we want to make sure students are doing the right thing and the safe thing, while being able to have a good time.”