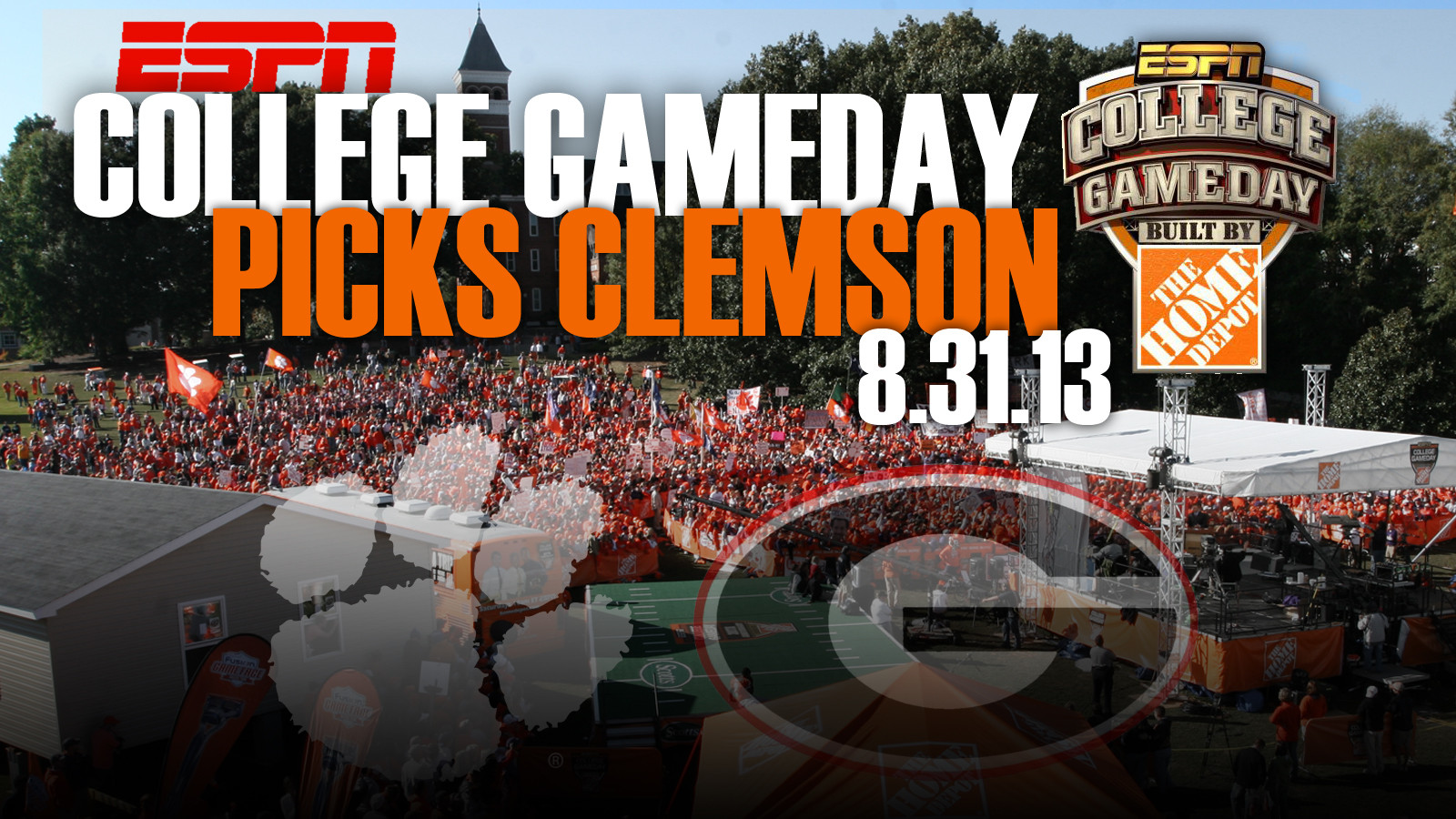 ESPN’s iconic college football pregame show, College GameDay Built by The Home Depot, is expanding to three hours on ESPN for a 9 a.m. – noon ET block each Saturday during college football season. In addition, GameDay‘s season opener on Saturday, Aug. 31, will be an unprecedented four hours (9 a.m. – 1 p.m.) of features, analysis and discussion from the campus of Clemson University.  GameDay last visited Death Valley on October 21, 2006, the first and only time Clemson has hosted the show. The No. 8 Tigers will open their season later that night against the fifth-ranked Georgia Bulldogs during Saturday Night Football at 8 p.m. on ABC.

After opening weekend, GameDay‘s three-hour Saturday slot will be televised in its entirety on ESPN with the 9 – 10 a.m. hour hosted by Fowler and various segments anchored by Ponder. Corso, Herbstreit, Howard and Pollack will all contribute as well.

Lee Fitting, ESPN senior coordinating producer, said, “Anytime there is an increased appetite for college football, that’s a good thing for us. Fans tell us they can’t get enough GameDay, well, four hours in Week 1 should help them out. And now, with all three hours on ESPN for the remainder of the season, they never need to touch the remote.”

About College GameDayEntering its 27th season and 21st on the road, the award-winning College GameDay pregame showoriginates each Saturday from the site of the day’s best game or the game with the most compelling storyline. The three-hour program (9 a.m. – noon ET) is hosted by Chris Fowler with analysts Lee Corso, Kirk Herbstreit, Desmond Howard and David Pollack, and reporters Samantha Ponder, Tom Rinaldi, Scott Van Pelt and Gene Wojciechowski.