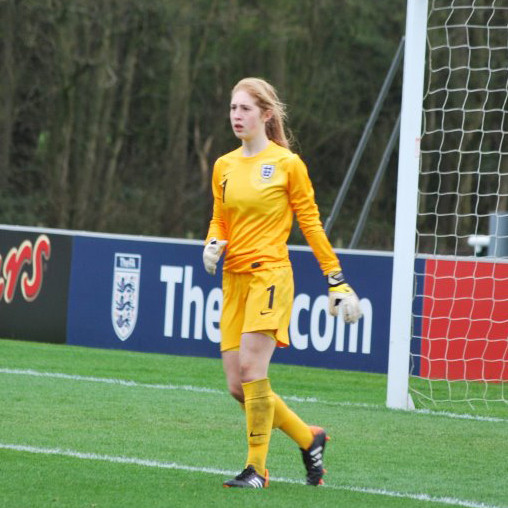 CLEMSON, S.C. – Eddie Radwanski and his staff announced the signing of Sandy MacIver, a goalkeeper from Winsford, England, on Tuesday, July 5. MacIver becomes the eighth player added to the squad since National Signing Day on Feb. 3.

MacIver has spent much of her career as a member of the England Youth National Team set up, making 10 appearances with the U17 National Team where she competed in the 2015 European Championships held in Iceland.  A product of the Manchester City Youth Academy, she recently progressed to the U19 National Team where she has made 8 starts.  In 2012 she carried the Olympic torch for one stage of its journey to the 2012 London Olympic Games.

“We are thrilled to be adding a player of Sandy’s quality to our family.   Most importantly she is a high character person, with ambition to succeed at the highest level.  Sandy is also an excellent student, which is an important part of our team culture.  On the field she has developed fantastic training habits inside a quality environment at Manchester City. Her international experience with England will also serve her well as she transitions into the ACC”, said head coach Eddie Radwanski.

She will join a Clemson program that finished tied for second in the ACC in 2015 The team also punched their ticket to the NCAA Tournament for the second consecutive year after finishing the regular season with a 13-3-1 record.