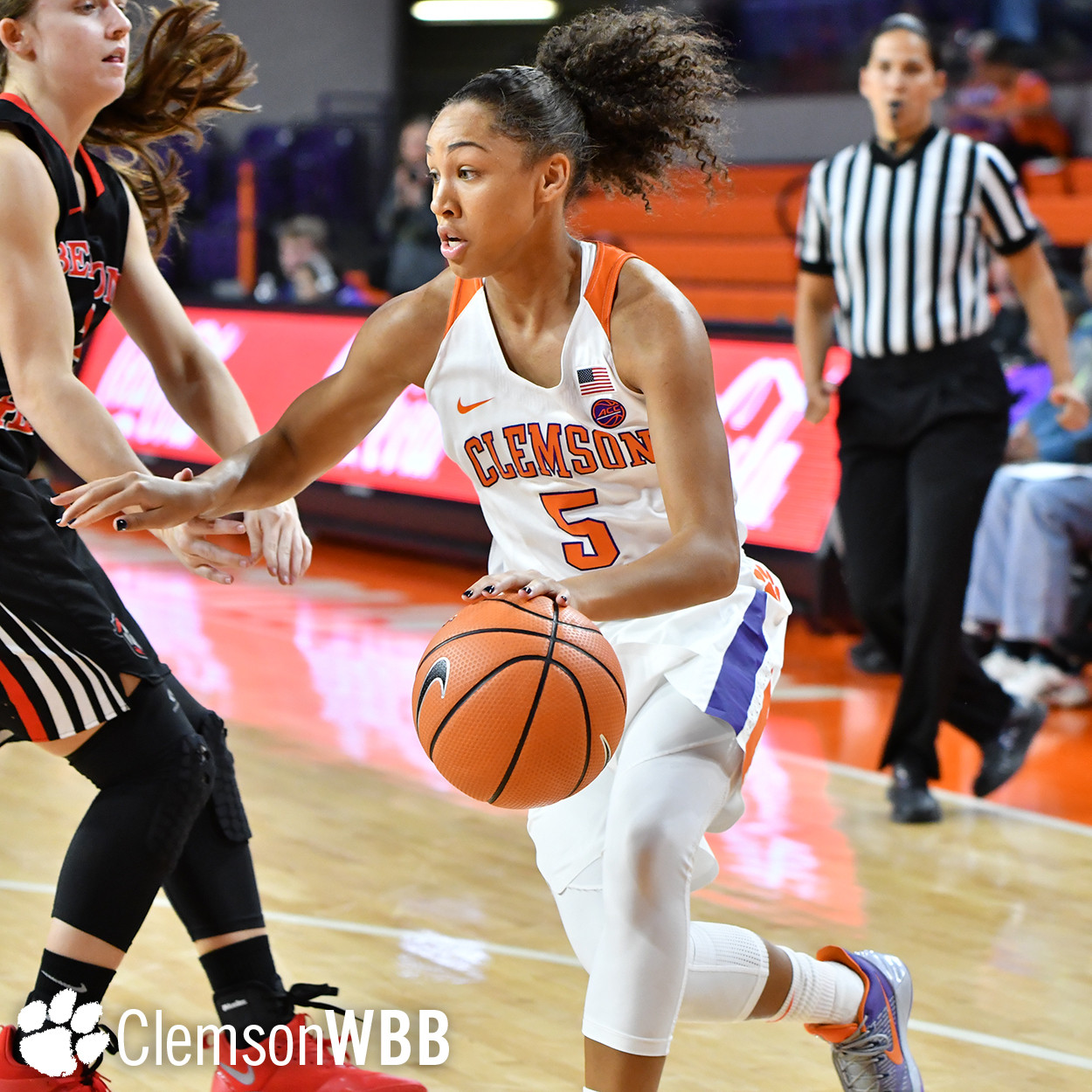 CLEMSON, S.C. – Nineteen points by junior Danielle Edwards, including 17 in the second half, helped the Clemson women’s basketball team pull away for a 56-47 win over Belmont Abbey in its final exhibition game of the 2017-18 preseason on Sunday at Littlejohn Coliseum.

Sophomore Kobi Thornton led the Tigers in the first half, with six points and five rebounds, but the Crusaders held on to a two-point lead, 26-24, at halftime. For the second-straight exhibition game, the Tigers played a very solid second half, outscoring Belmont Abbey 32-21 to pull away for the nine-point win.

In addition to the 19 points, which came from a 7-for-14 field goal performance (3-for-6 from three), Edwards also added five steals, four rebounds and three assists in the game. Thornton finished with eight points and nine rebounds, as did junior Sirah Diarra, who also blocked three shots in the contest. Freshman Destiny Thomas contributed six points, five rebounds and three assists to the Clemson effort.

Clemson opens the regular season on Friday, Nov. 10 with an 11 AM contest against Kennesaw State at Littlejohn Coliseum. Ticket information is available on ClemsonTigers.com or by phone at 1-800-CLEMSON.