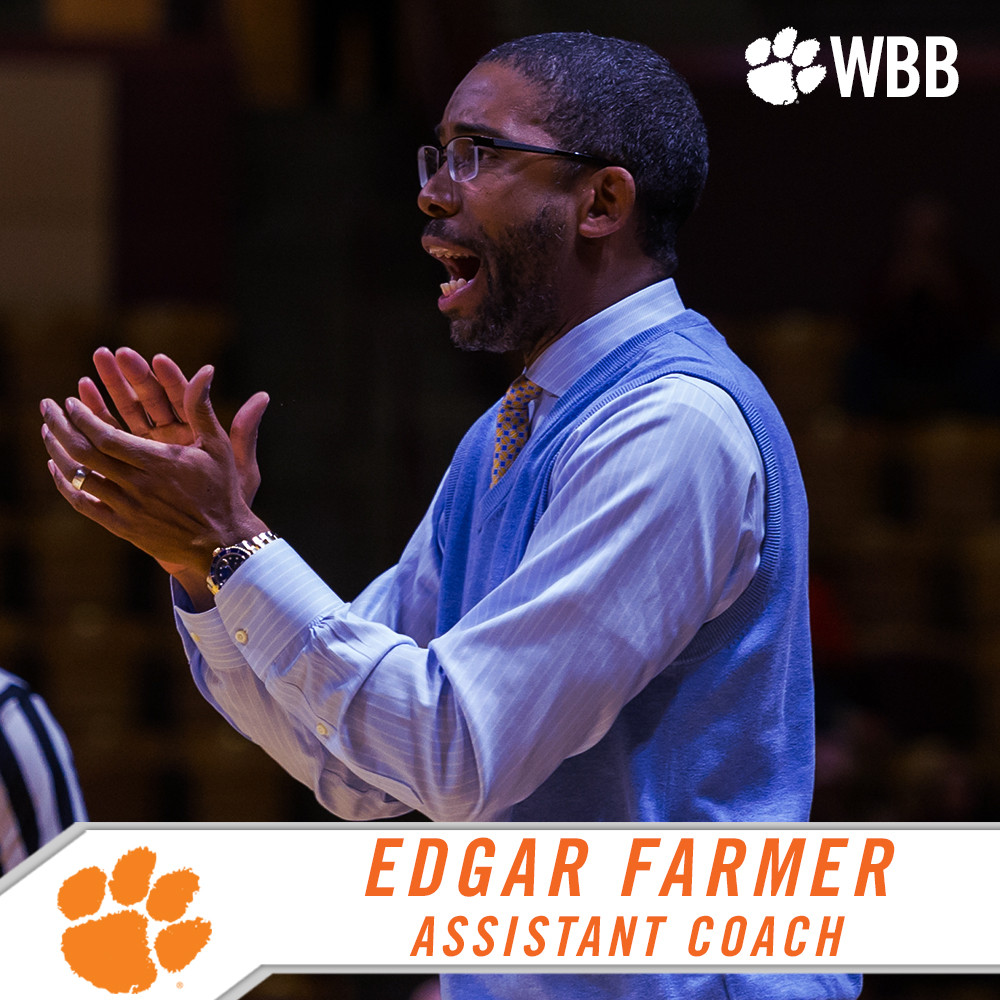 “I’ve known Edgar since 1994. I’ve followed his career as an assistant and as a head coach, and have watched him grow and mature. He’s an unbelievable coach, mentor and tactician of the game,” said Head Coach Audra Smith. “Edgar brings a special quality in his ability to connect and build relationships with players, and I know our players will really relate to him. His demeanor and sense of humor will bring the team closer. He’s also an extremely talented recruiter. His coaching style really balances well with the rest of our staff, and he fits in perfectly with the Clemson family.”

At Wofford, Farmer took over a program that was winless in the year before he was hired and became the second winningest coach in school history. Most recently, with Farmer at the helm, the Terriers increased its win total in each of the past three seasons and his 2015-16 team outperformed pre-season expectations in the SoCon coaches and media polls. Farmer’s most significant victory during his tenure came in 2012 when the Terriers beat Alabama 58-52 in Tuscaloosa, Ala.

Over his 12 seasons, Farmer developed Mahogony Williams into the SoCon Freshman of the Year (2007-08) and a 1,000 point scorer, Daniella Motley into a Second Team SoCon All-Conference performer (2012-13) and Jordan Frazier into a 1,000 point scorer. Most recently, Chloe Wanink was named to the SoCon Media All-Freshman Team (2015-16). Academically, Farmer’s teams excelled off-the-court and the school posted perfect APR scores in every year except one during his head coaching tenure.

“The first time I came to Clemson, I could just feel the energy and the connection that everyone has with each other. It’s an exciting feeling to have and is something I really wanted to be a part of,” said Farmer. “I am honored to be able to work for Audra Smith, someone who is so passionate about the game and who coaches with such unbridled enthusiasm. I’m just beyond excited to work on her staff and to be a part of the Clemson Tiger family.”

Farmer, a Newport News, Va. native, earned his bachelor’s degree in in 1994 from the University of North Carolina. While in Chapel Hill, he was a member of the junior varsity men’s basketball team. In 1993-94, he also served as the audio-visual technical coordinator for the national champion North Carolina women’s basketball team. He filmed practices and games and assisted in the breakdown of film.

Farmer and his wife, Tara, were married in July 2011. They have two daughters, Kalan and Kieryn.