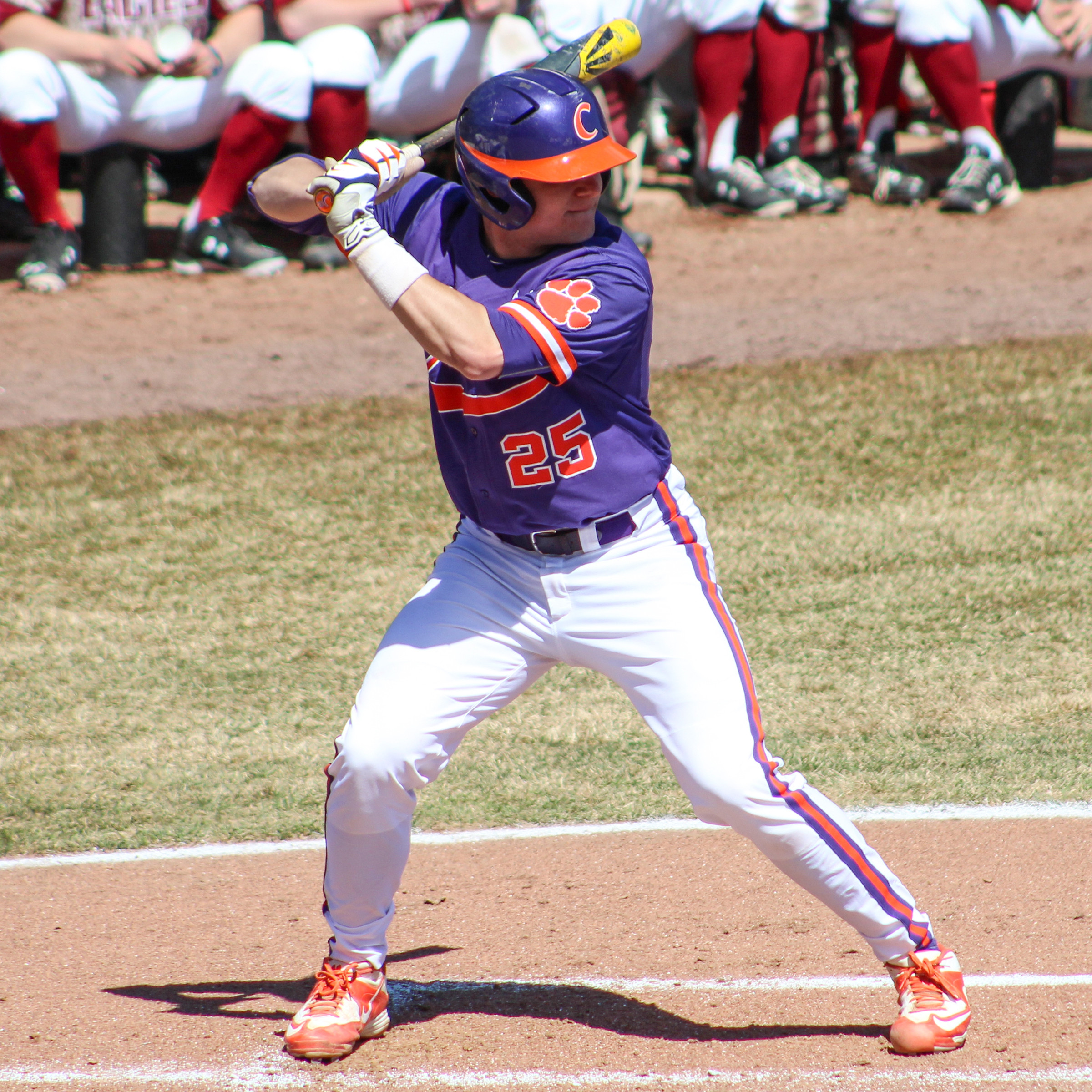 CHESTNUT HILL, MASS. – Blake Butera’s two-out single in the eighth inning scored Johnny Adams to break a 7-7 tie in Boston College’s 8-7 win over Clemson at Commander Shea Field on Saturday afternoon. The Eagles, who evened the series 1-1, improved to 16-17 overall and 6-10 in the ACC. The Tigers dropped to 17-18 overall and 8-9 in ACC play. Each of Clemson’s last five losses has been by one run.

With the Tigers trailing 4-1, Chris Okey belted a solo homer in the fifth inning before homers by Steven Duggar and Okey in the top of the sixth inning gave Clemson a 5-4 lead. After the Eagles tied the score with a run in the bottom of the sixth inning, Eli White and Duggar lofted sacrifice flies in the top of the seventh inning to give Clemson a two-run lead. The Eagles responded again with Stephen Sauter’s two-run homer in the bottom of the seventh inning to tie the score before Butera’s go-ahead, run-scoring single in the eighth inning.

Justin Dunn (4-2) earned the win by pitching 2.2 innings in relief. Jesse Adams recorded the last three outs to register his first save of the year. Tiger reliever Taylor Vetzel (1-2) suffered the loss.

The series concludes Sunday at noon.