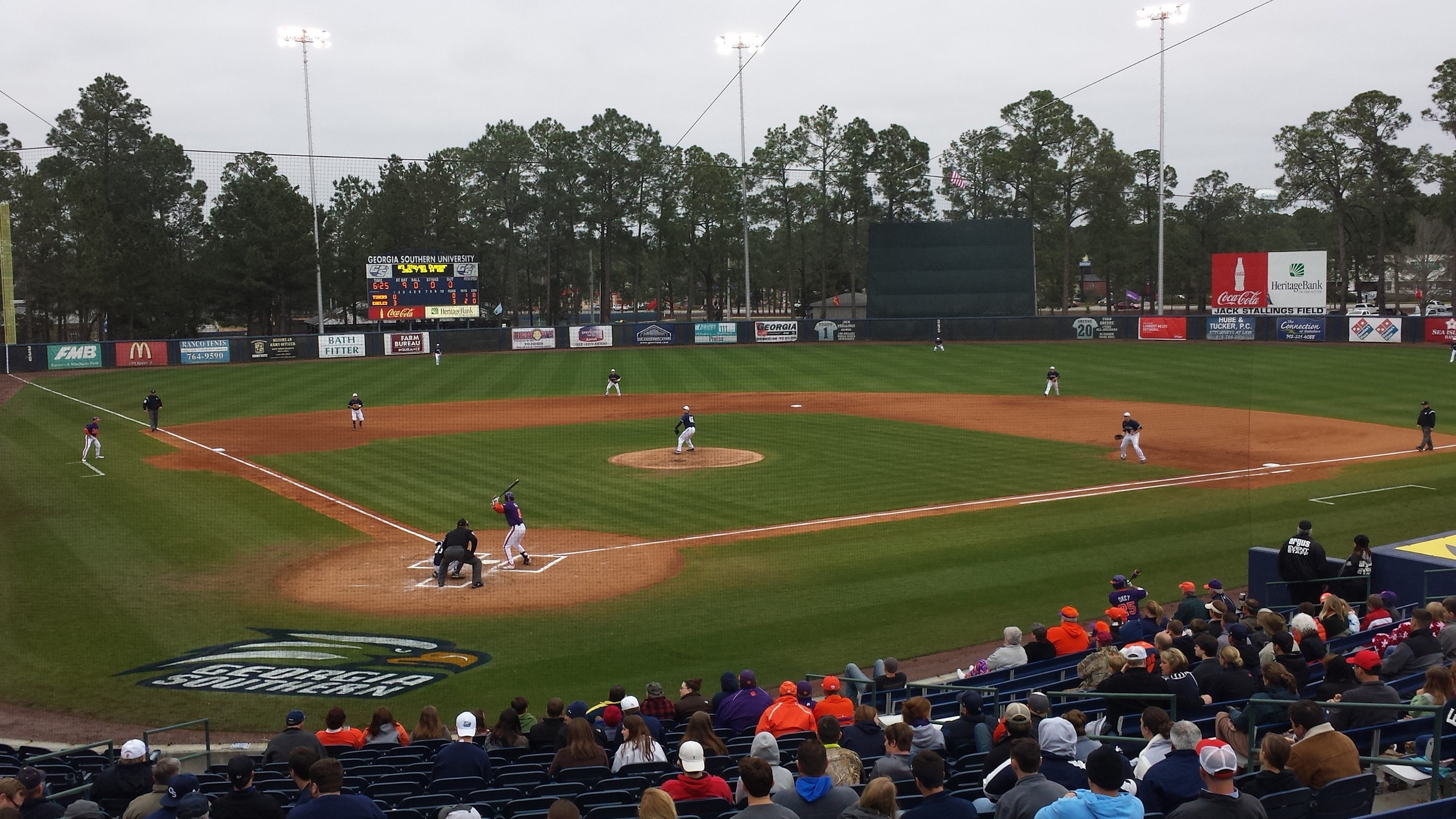 STATESBORO, GA. – Georgia Southern scored in six of the first seven innings to defeat No. 13 Clemson 14-5 at J.I. Clements Stadium Tuesday night. It was the first meeting between Georgia Southern (17-4) and Clemson (12-7) in Statesboro since 1995.

The Eagles, who took a 1-0 lead in the two-game, midweek series, scored three runs in the first inning and never looked back. Kody Adams and Aaron Mizell added two-run homers later in the game to highlight Georgia Southern’s 13-hit attack. Infielder Shane Kennedy made his first appearance of the season for the Tigers after missing the first 18 games due to a torn ACL suffered in the fall.

The game was Jack Leggett‘s 2,000th as a head coach in his 35th season. Clemson and Georgia Southern conclude the series Wednesday at 4 p.m.