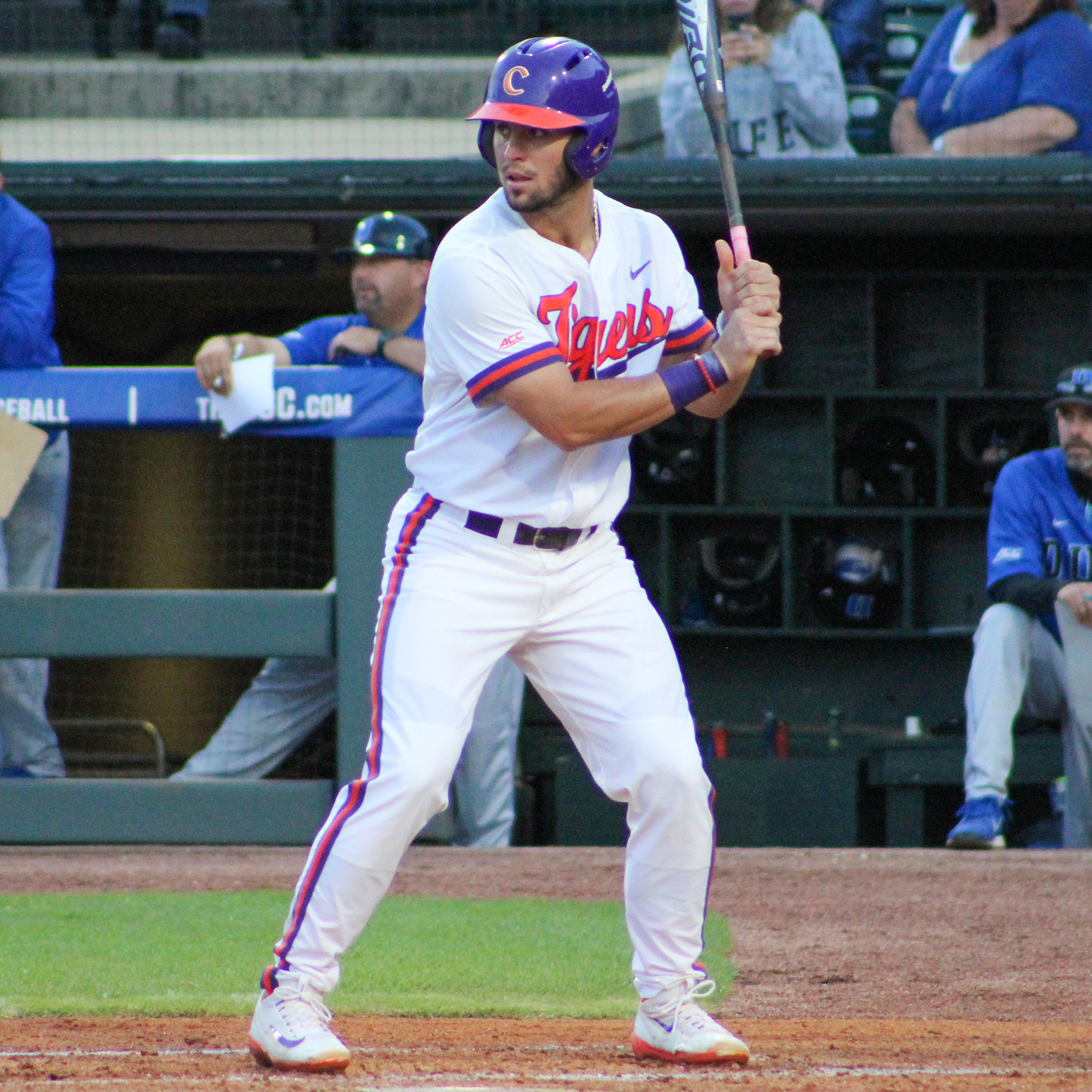 LOUISVILLE, KY. – Michael Smiciklas’ check-swing, run-scoring double in the eighth inning broke a 3-3 tie and lifted Duke to a 6-3 victory over No. 14 Clemson in the ACC Tournament at Louisville Slugger Field on Tuesday night. The Blue Devils improved to 29-27, while the Tigers fell to 39-18.

Chase Pinder led off the first inning with his seventh homer of the year. Andrew Cox laced a homer, his sixth of the year, in the second inning, then Logan Davidson belted his 11th long ball of the year in the fourth inning to give Clemson a 3-1 lead. After Duke scored an unearned run in the fifth inning on a two-out error, Jimmy Herron’s two-out, run-scoring single in the seventh inning tied the score 3-3. Another costly Tiger error led to three Duke runs, two of which were unearned, in the eighth inning.

The Tigers face No. 4 seed Virginia on Friday at 11 a.m., on RSN in their last game of the ACC Tournament.