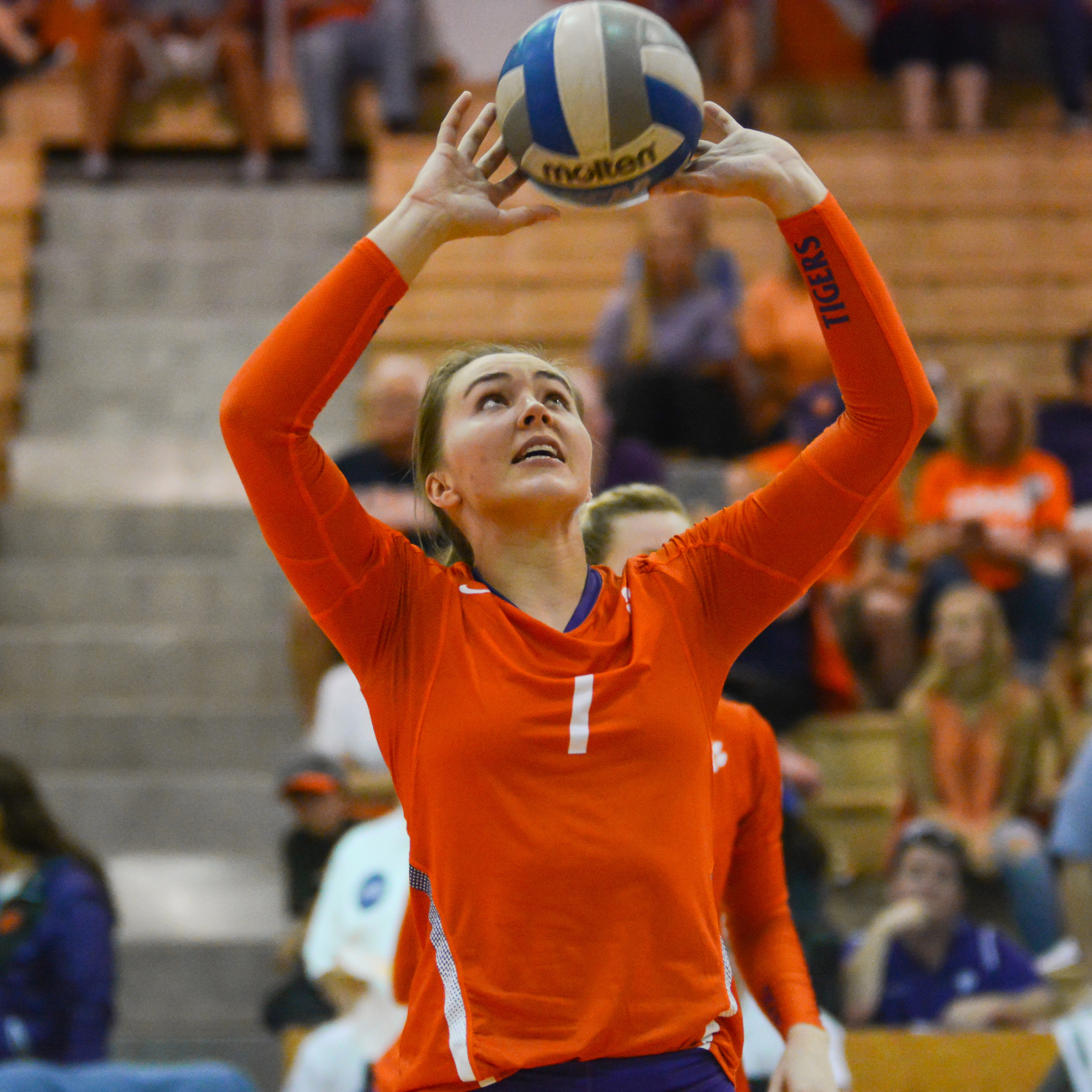 “While it’s disappointing to come out the way we did in the first set, I’m real proud of how we turned it around in the last two,” said head coach Hugh Hernesman. “After a weekend of competing real hard last weekend, we lost that for a little bit. Our biggest focus was our engagement and competitiveness and that really allowed us to get back to a better level.”

“It was really a matter of a couple plays in those last two sets. We were able to slow down a lot of their offense outside of Tucker and Meyer on that fast tempo slide, but those are two talented players making plays. Our focus now goes to how we can come out competing hard and doing the little things on Sunday against a Wake Forest team that’s playing some good volleyball right now. We’re looking forward to it.”

Perri paced the offense with 10 kills on the night with Kailey Harvell being the next Tiger in line with five in the match. Megan McGinley found her swing late as she finished with an efficient line of four kills and 11 errorless swings for a .364 hitting percentage. Freshman outside hitter, Tori Woogk matched McGinley’s kill and block total with four kills and a block.

Keely Hayes finished with 15 assists while Taylor Daniel nearly earned a double-double with nine assists and eight digs. Curtis continues to impress at libero as the freshman finished the night with 14 digs.

Clemson wraps up its weekend with a 1:00 p.m., matchup against Wake Forest on Sunday in Winston-Salem, North Carolina.