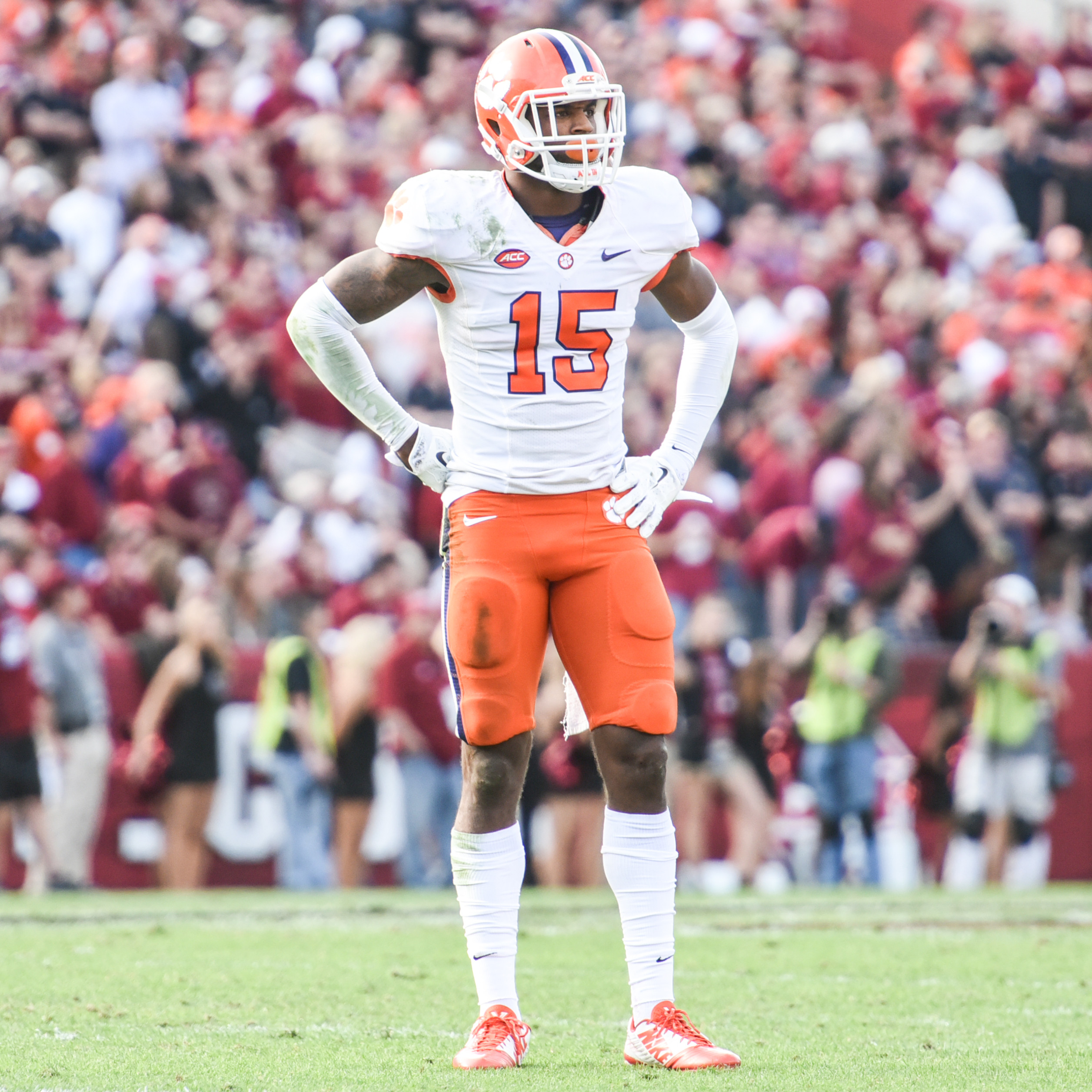 Switching from one side of the ball to the other is never easy, but former Clemson free safety T.J. Green made it seem like a breeze. Changing from wide receiver following his freshman season, Green went on to become a starter as a junior, a year in which he was one of the Tigers’ best defensive players.

While at Clemson, Green and fellow safety Jayron Kearse together formed a Twin Towers of sorts in the secondary, with Green standing at 6-3 and Kearse at 6-5. Green thrived at the free safety position this past season, accruing 130 tackles, third-most on the team. Like Kearse, Green used his notable height and remarkable speed to track opponents down the field. Green’s trademark speed went relatively unappreciated until last month’s NFL Combine.

Running a 4.34 40-yard dash time at the event, a record for a safety, Green awed onlookers with his rare combination of size and quickness. From a physical standpoint, Green seems to have all of the tools necessary of becoming a quality safety in the NFL.

After putting together a solid junior campaign in 2015, Green opted to go pro, a bold move considering he had only one season in the starting lineup under his belt. The 21-year-old has a history of proving doubters wrong, though, and his impressive combine performance is likely only the beginning for Green.

A star receiver at Sylacauga High School in Alabama, Green embraced the move to free safety at Clemson after facing a deep and crowded position on offense. The move paid significant dividends, with Green quickly rising up the ranks this past season. As the last line of defense, his tackling ability was on par with that of starting linebackers Ben Boulware and B.J. Goodson.

Projected by many NFL Draft experts as a third-round choice next month, Green’s impressive combine performance has earned him more respect from pundits and scouts alike. At 205 pounds, Green could definitely afford to gain some weight and become an even more imposing force in the secondary, but his top-end speed is enough to make him a coveted prospect for the time being. Green is a special talent, and, with his quickness and diverse skillset, should quickly make his presence felt on an NFL roster.