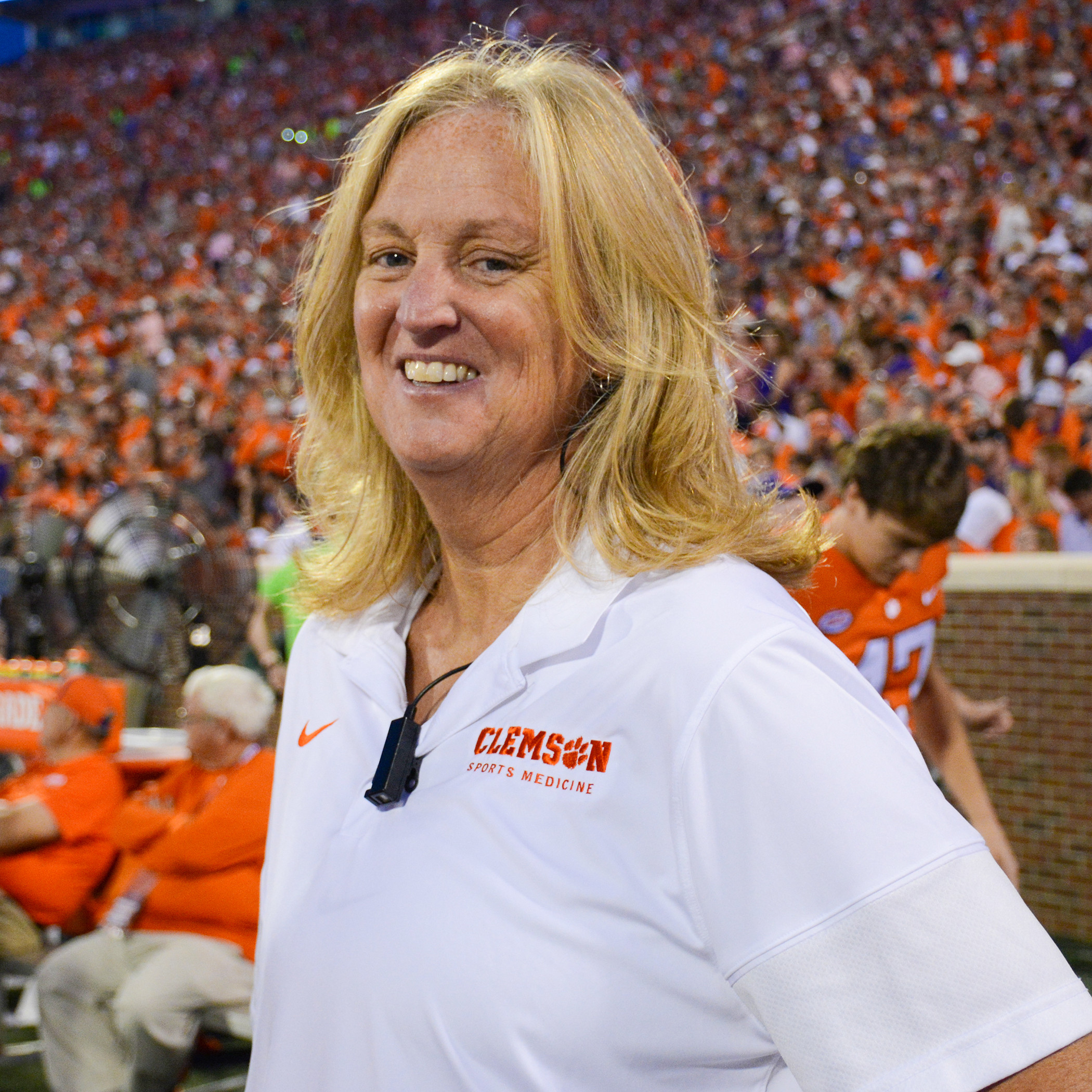 Whether it’s staying ahead in their studies or perfecting their craft in their respective sport, being a student-athlete is a daily grind. No one knows that daily grind better than the athletic trainers who help keep them healthy and game-ready. Longtime Clemson athletic trainer Donna Bullock has been in the trenches of such efforts to keep student-athletes at the top of their game.

A native of Denton, Texas, Bullock has always been an athlete. She was a three-sport star in high school, as she competed in basketball, softball and track & field, where she was a standout shot put thrower. Becoming an athletic trainer seemed like a natural fit for her.

“I’ve been surrounded by sports my whole life,” said Bullock.

Once she graduated from high school, she attended Louisiana-Lafayette to pursue her degree and work under the same athletic trainer she knew in high school. Upon graduation, she took classes at North Texas near her hometown in preparation for her national exam.

During this process, Bullock worked with an athletic trainer, George Young, at North Texas who connected her with Fred Hoover, who was a legendary athletic trainer for the Clemson football program. This became the start of the next step of Bullock’s journey into athletic training.

That mutual connection brought Bullock to Clemson for graduate school, where she earned a master’s degree in 1990 and was promoted to full-time status as an assistant athletic trainer in 1991.

Since her arrival, Bullock has worked primarily with the women’s basketball team, helping with everything in regards to athletes’ treatment. She uses preventative techniques, such as taping and bracing, and when an athlete is injured, she treats and rehabilitates them.

Bullock has worked as an athletic trainer at Clemson for 29 years and has loved every minute of it.

“You become entwined in the community. You get to know a lot of people. It’s become home to me.”

If there is one thing she knows about athletic training, it’s that the aspects of the job take more than physically treating athletes. It is as much a mental grind, if not more, than a physical one.

As an athletic trainer, Bullock knows it is her job to help pick the student-athletes up and help them beyond whatever physical challenges they endure.

“You learn to be patient and see different things as time evolves. You learn the ins and outs of if an athlete is struggling in one area, you can pick them up.

“We not only take care of their physical aspects, but we’re also in the trenches with our student-athletes, and we see both physically and mentally when they struggle to get through the injuries, to get through life, to get through school. That’s what is most important to us…to prepare our athletes for life.

“You have to nurture them and help them through the struggles of life they might have. The mental aspect of being hurt is sometimes just as difficult as the physical aspect of it.”

While settling down in Clemson, Bullock has also raised three sons, Michael, Clay and Dillon, with the former two being twins. Michael attends Air Force Academy, and Clay is a student at Clemson. Dillon is a senior at Daniel High School and graduates in May.

Bullock has never been anywhere else since going full time in 1991, and she has no plans to go anywhere.

“I never thought I’d be here this long, but it is home now. And I stayed.”

This loyalty to Clemson University and its student-athletes for 29 years is one of many reasons Bullock is Clemson’s Mother-of-the-Year presented by Tiger Brotherhood.