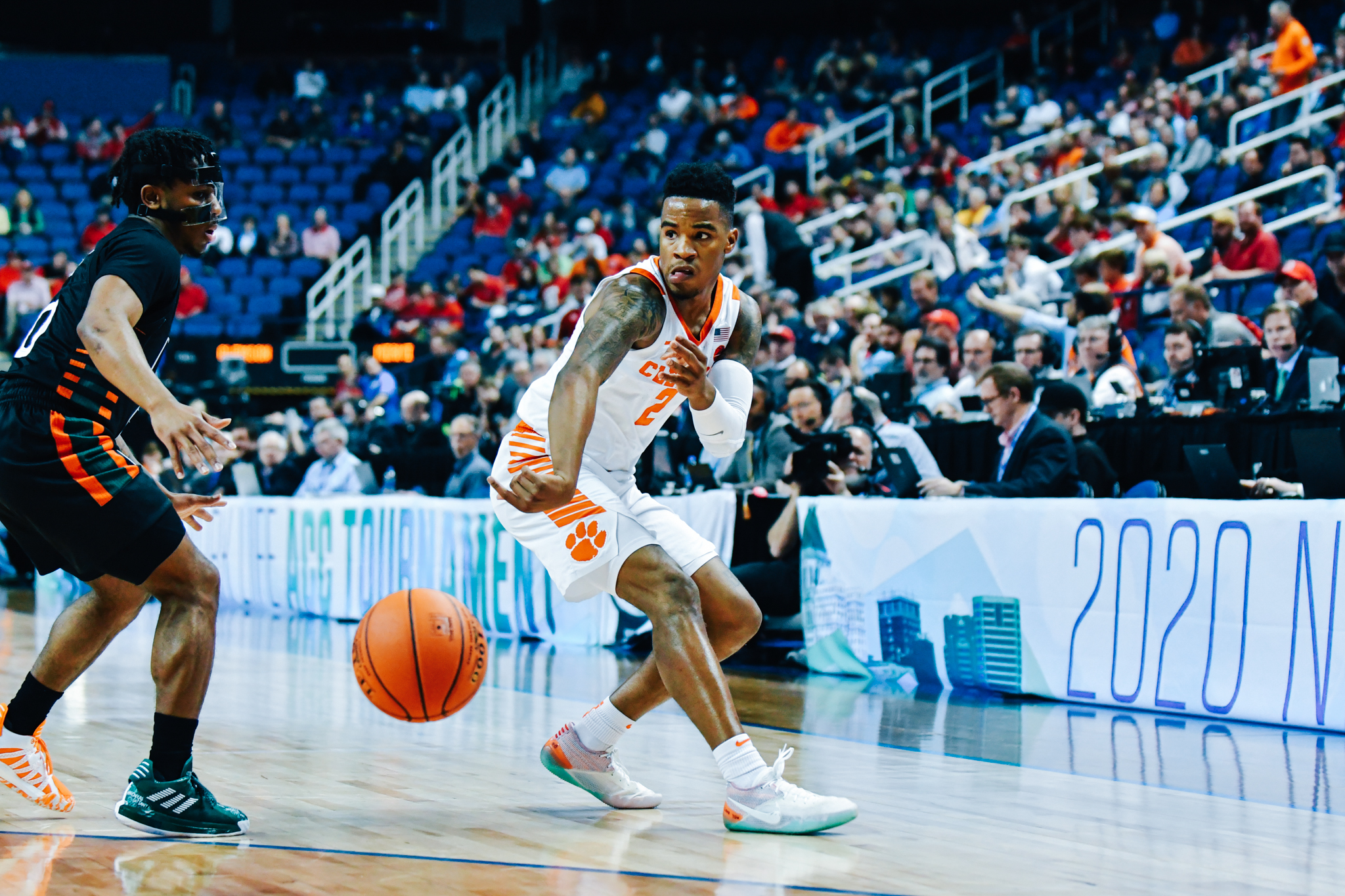 GREENSBORO, N.C. — Outscoring Miami 48-41 in the second half, the Clemson University men’s basketball team began ACC Tournament play with a 69-64 victory at Greensboro Coliseum on Wednesday. The contest between the eighth-seeded Tigers and the ninth-seeded Hurricanes kicked off the second round of the tournament.

Clemson (16-15) shot 46.8 percent from the floor and was phenomenal at the free throw line, as the Tigers made 18-of-19 foul shots, all of which came in the second half. The 94.7-percent mark at the charity stripe marked the best single-game percentage of the season for Clemson. Miami (15-16) finished with a shooting percentage of 38.7 and knocked down 11 3-pointers. The Tigers, who sank seven treys, corralled 32 rebounds, 24 points in the paint and 11 assists. In addition, Clemson benefited from 16 points off the bench.

Al-Amir Dawes led the Tigers with 18 points. The floor general went 4-of-7 from the field and was a perfect 8-of-8 at the free throw line. Aamir Simms registered his fifth double-double of the season with 14 points and a game-high 10 rebounds. Simms has scored 800 points in his career. John Newman III chipped in 11 points, and Curran Scott and Hunter Tyson tabbed eight points apiece off the bench, with Tyson netting a pair of 3-balls.

Clemson fared well on defense in the first half, holding Miami scoreless for over five minutes of action at one point. The Tigers led by as many as seven points, but the Hurricanes went on an 11-0 run en route to taking a 4-point lead. Miami sported a 23-21 advantage at the intermission. In the second half, Newman sparked Clemson with a hard-fought 3-point play and a thunderous dunk out the fast break. A deep 3-pointer by Tyson with 1:35 remaining provided the Tigers with a 9-point edge. Clemson boasted an 11-point lead soon after that, and the Tiger were able to hold off the Hurricanes the rest of the way, winning 69-64 and advancing to the quarterfinals.

Clemson will next take on the No. 4 Florida State Seminoles (26-5), the No. 1 seed of the ACC Tournament. The Tigers split their two games against the Seminoles in the regular season. Set to tip off at 12:30 p.m. on Thursday, March 12, the quarterfinal matchup at Greensboro Coliseum will air on ESPN.

Head Coach Brad Brownell
Opening statement:
“I thought we played very well defensively throughout. Certainly, Chris Lykes is difficult to cover. Aamir [Simms] played with tremendous poise in the second half. Hunter [Tyson] made some big shots. Offensively, we were very good in the second half. We got in a rhythm, and our pace was better. The ability by Al-Amir [Dawes] to make free throws down the stretch was big, as well.”

On Hunter Tyson’s performance:
“Hunter is a confident player. That’s a reason why we recruited him. He’s still developing physically, but, certainly, he was playing with confidence today. He gave our team energy.”

Clemson forward Aamir Simms
On building off the win moving forward:
“That’s a good win for us. We got payback from the first time we played Miami this season. Now, we’ve got to regroup and watch film. We don’t question our confidence. Coach [Brownell] told us that we have the evidence that we can play with the best of the best.”

Clemson forward Hunter Tyson
On his approach to the game:
“I feel like I work very hard. I fall back on my fundamentals. My teammates and coaches trusted me today, and I was able to make shots.” 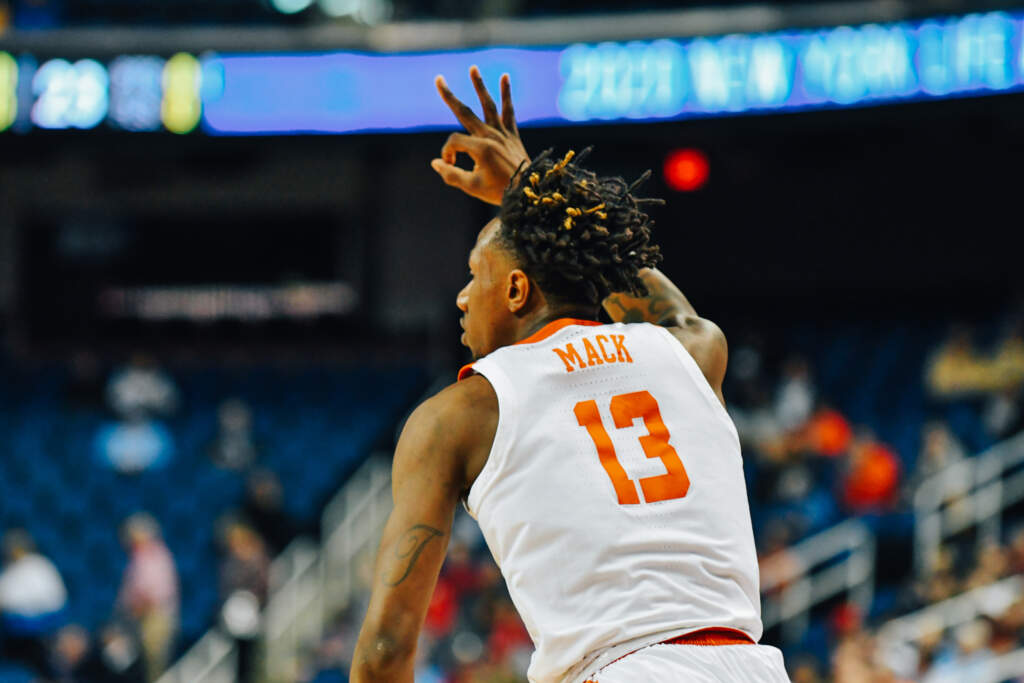 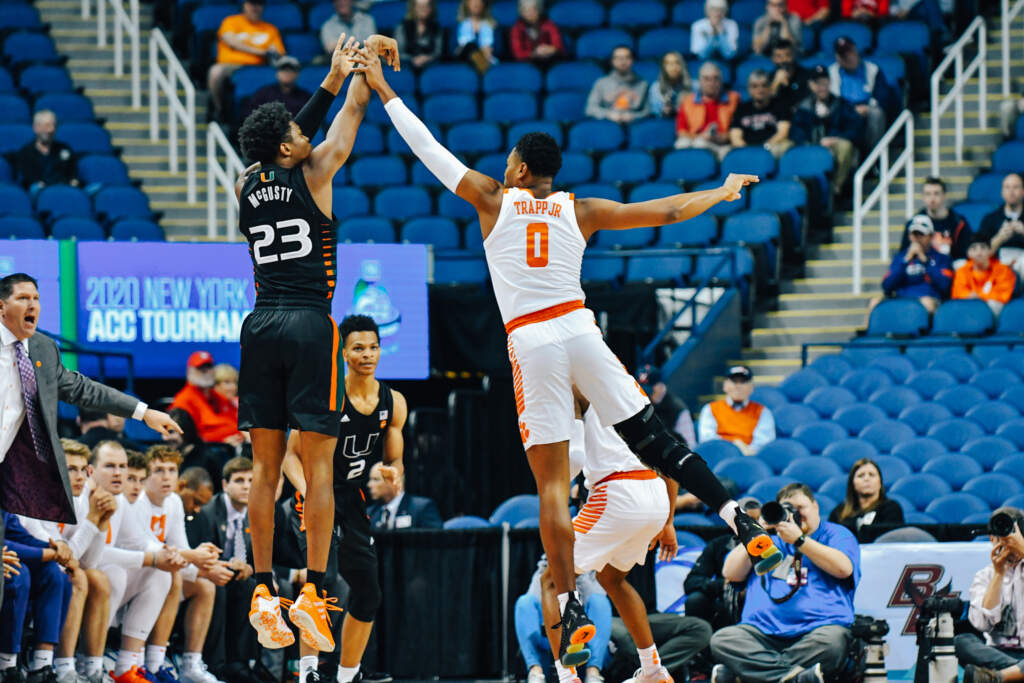 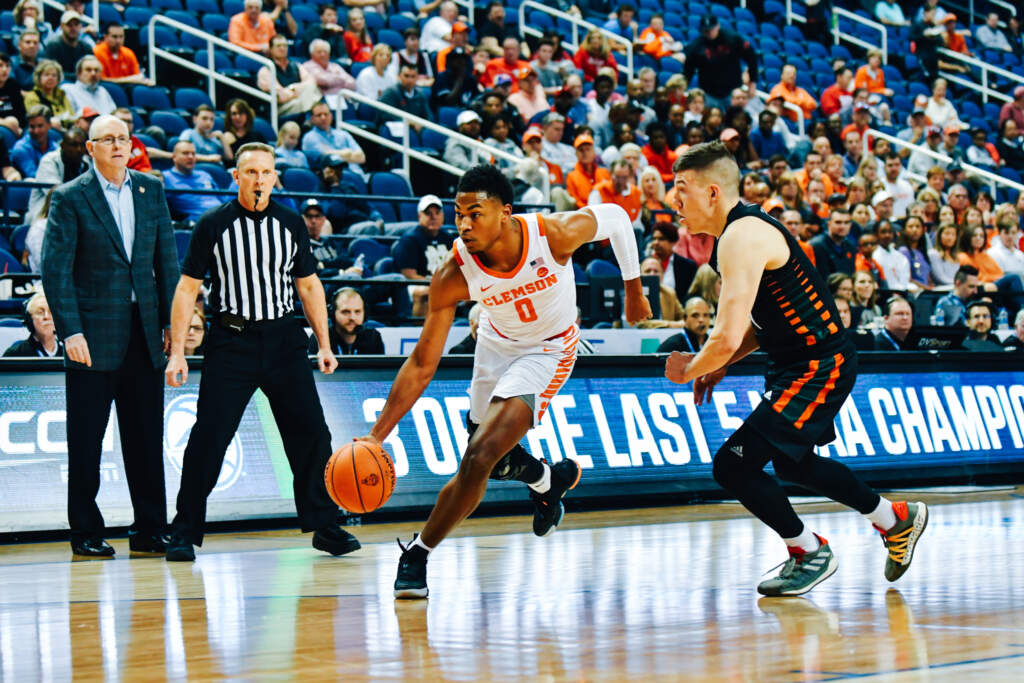 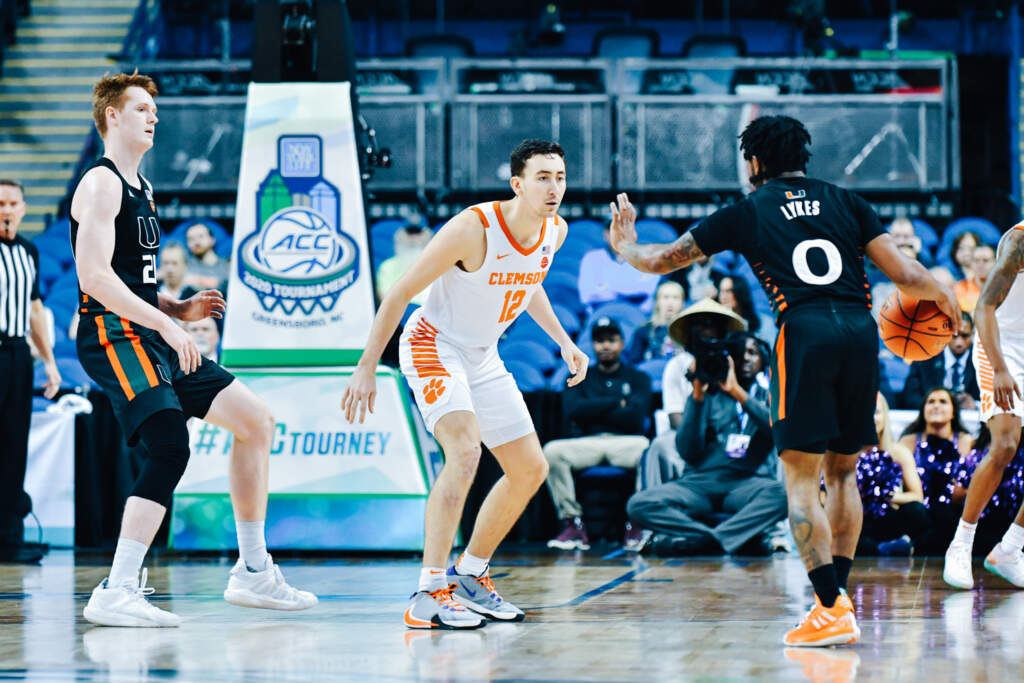 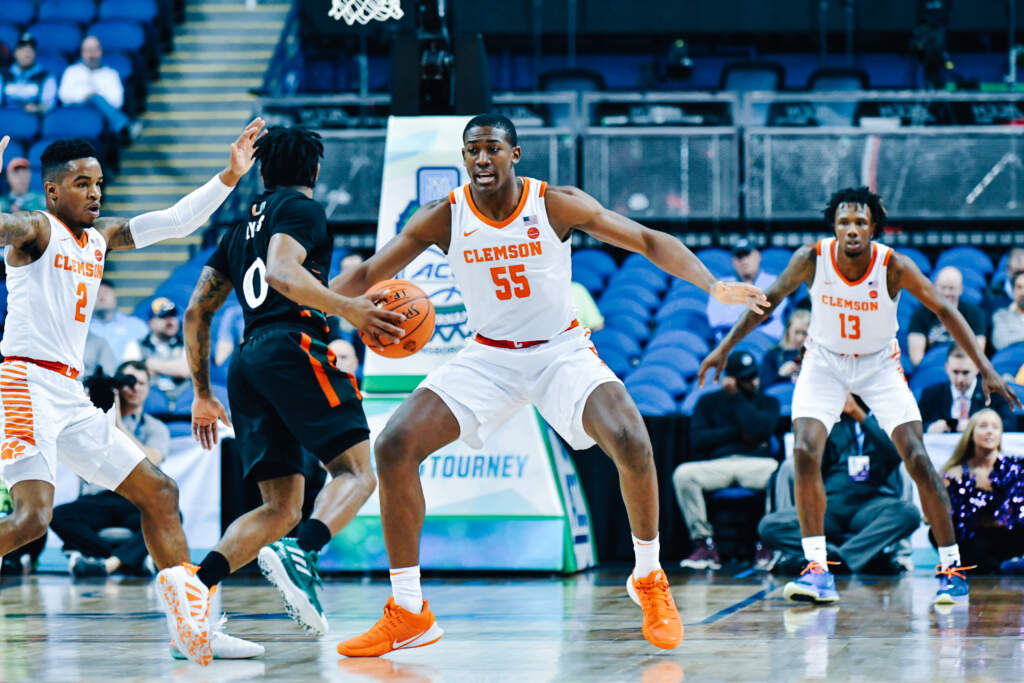 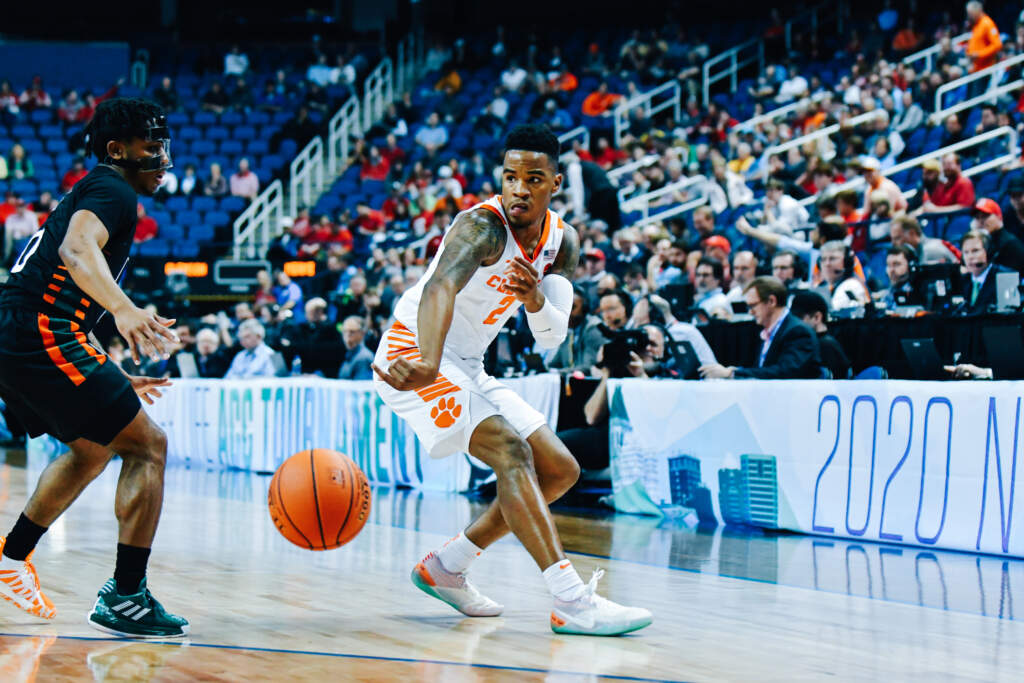 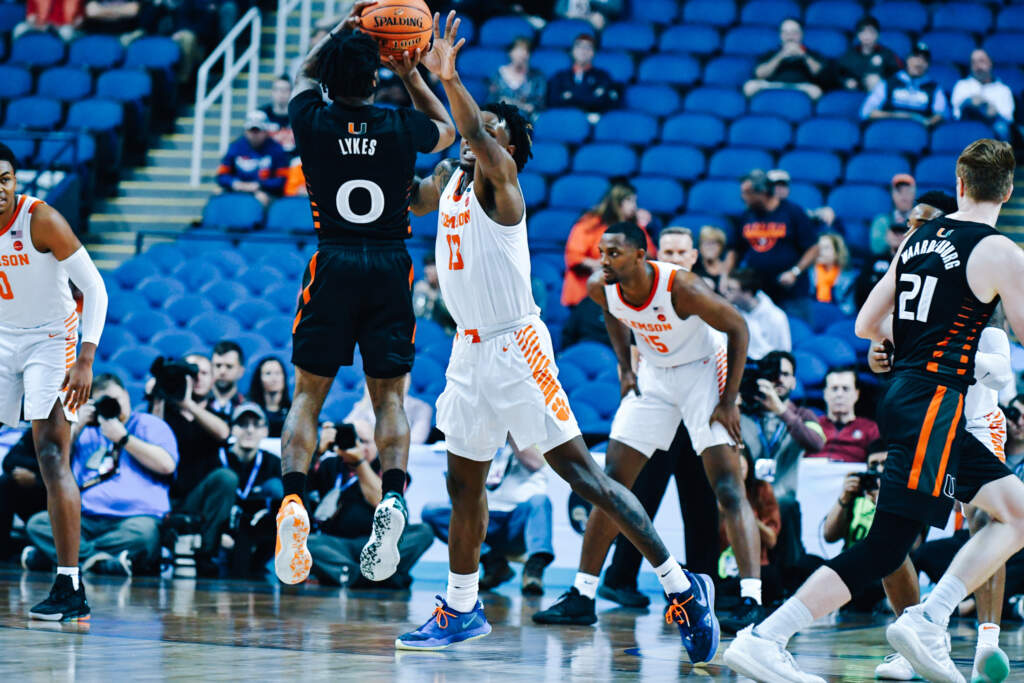 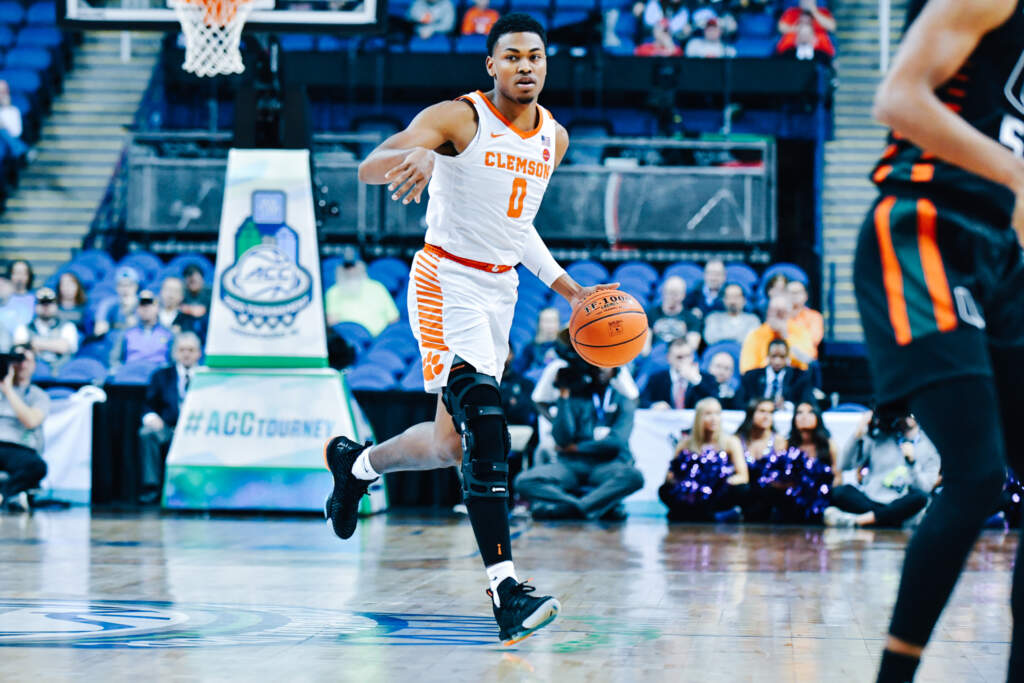 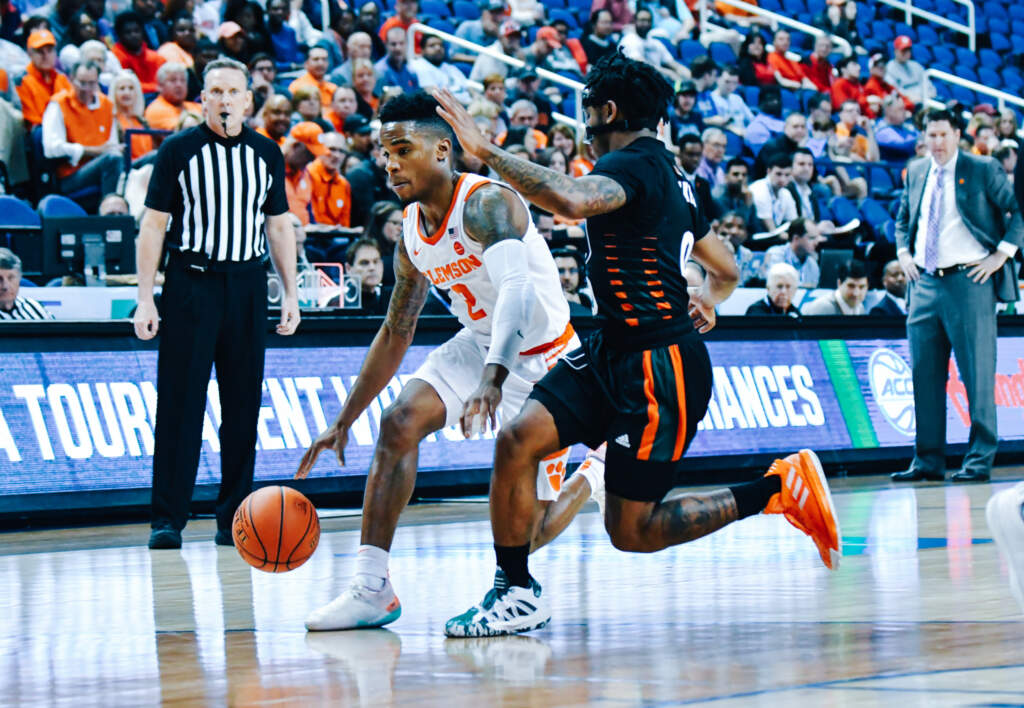 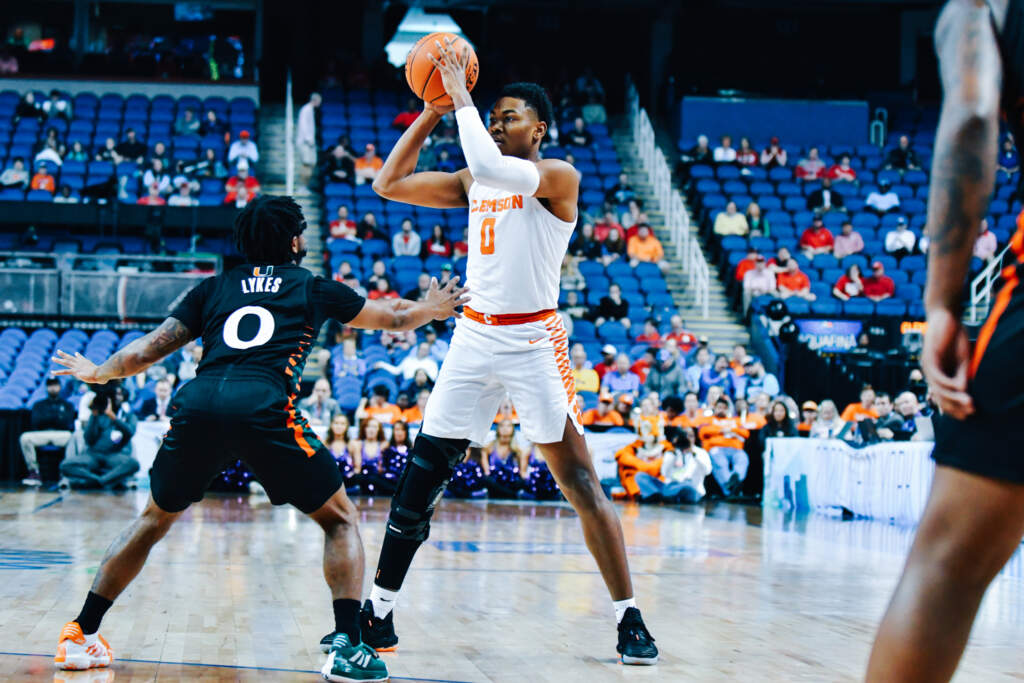