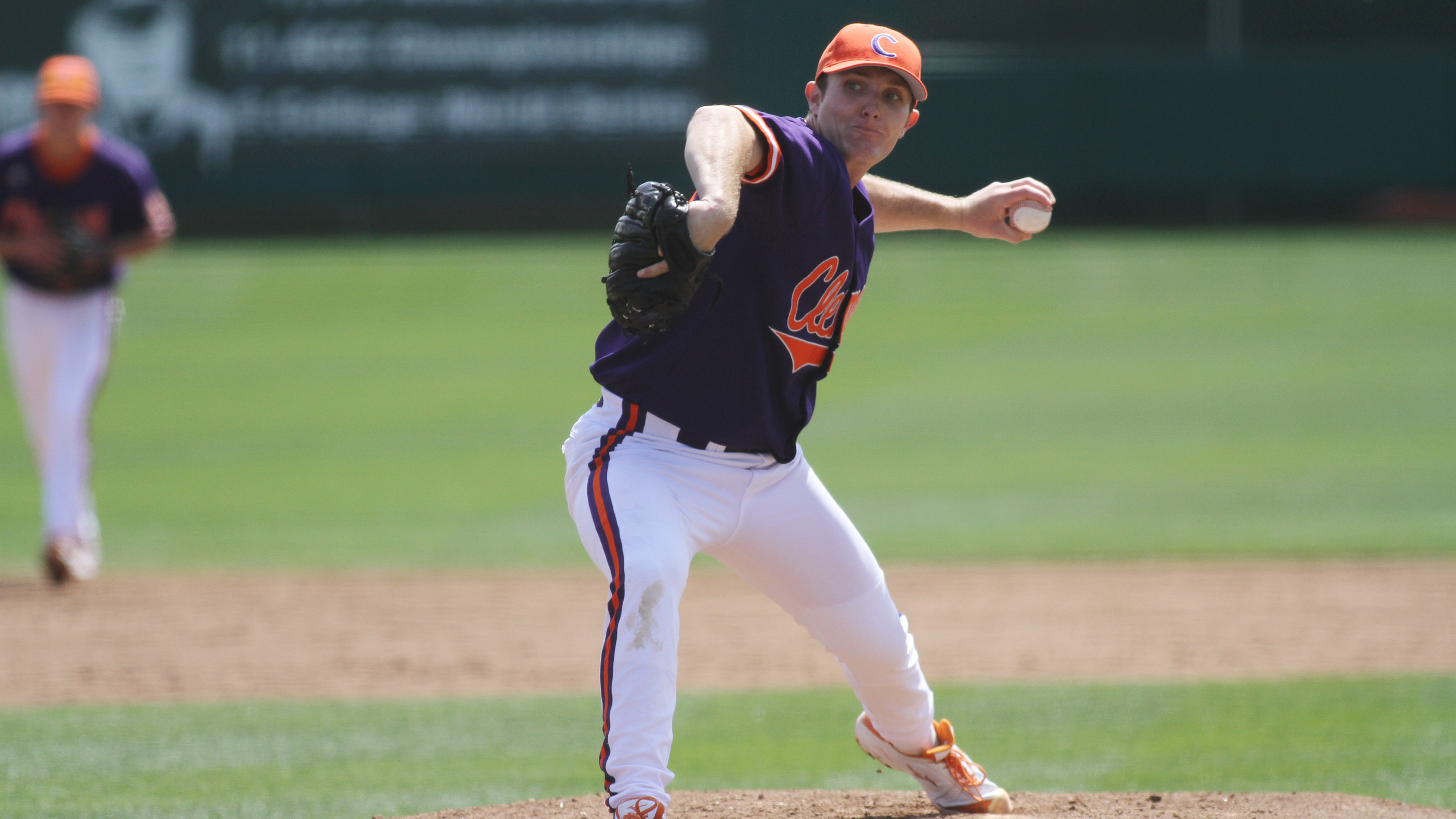 Crownover (6-2) earned the win by giving up just three hits, one run and two walks with seven strikeouts. Wolfpack starter Carlos Rodon (2-5) suffered the loss in a complete-game effort.

“Matthew did a good job for us today,” said Head Coach Jack Leggett. “He went out there and threw strikes, and the defense played well behind him.

“Crownover’s deep start was critical. We’re down a couple pitchers, so it was important that he go out and pitch deep into the game. He’s a tough competitor.”

“Offensively, we were in a really good place,” added Leggett. “Rodon is a really good pitcher, but we knew what we wanted to do and stuck to our plan. Steve Wilkerson got some big hits and I thought we got good at-bats up and down the order.”

The series continues Sunday at 3 p.m. on ESPNU. It is Social Sunday, as fans who show their coupon on Twitter or Instagram at @ClemsonBaseball can receive a 16 oz. drink for $2.