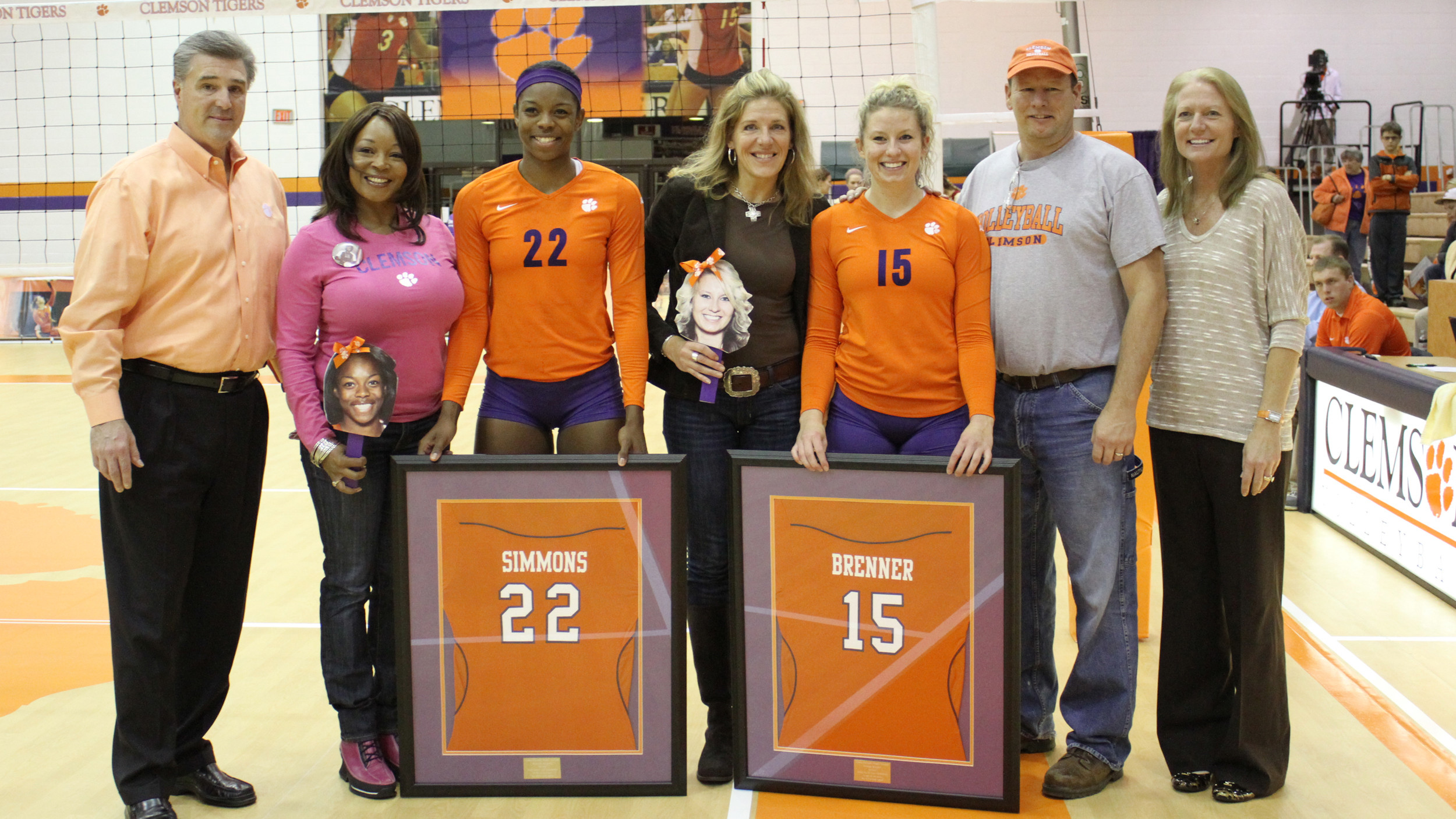 CLEMSON, SC – The Clemson volleyball team sent seniors Mo Simmons and Hannah Brenner off in style with a 3-0 (25-18, 25-12, 25-20) sweep of Boston College (9-21, 1-17 ACC) in Jervey Gym on Friday night. It was Clemson’s 12th in a row in the series against Boston College, and third straight win overall to improve to 15-14 overall and 9-9 in league play.  “They have meant so much to our program and I cannot say enough about how much they have given on and off the court,” said Head Coach Jolene Hoover. “They’re fantastic leaders across the board and involved in SAAC and getting the team involved in activities. They’ve just been such great representatives for volleyball and Clemson volleyball. I cannot thank them enough. I appreciate them beyond words. I’m sad that they’re leaving.” Brenner guided the offense to .271 hitting with 32 assists, while also registering a team-high 15 digs, the 45th double-double of her career.  The Tigers received exceptional production from their junior middles, Beta Dumancic and Karis Watson. Dumancic had ten kills and no errors on 16 swings, while Watson had eight kills and six total blocks.  Simmons had her streak of 25 matches in a row in double-figured snapped, but she also had just 27 attempts, her lowest attack total of the season.  Clemson’s passing was strong, as the Tigers were able to side out on 78 percent of BC’s serves, and allowed just one ace in the match.  Boston College’s Katty Workman led all players with 17 kills, but the rest of her team mustered just 12 in the match.  Brenner and Simmons have given fans a treat throughout their past three seasons in orange and white. Brenner, known for her energy, is ranked fourth in school history with 3834 assists in her career, and just shy of 1,000 digs. Simmons, who has played all but five possible sets in her four-year career, is one of just seven players in school history with at least 1,000 kill and 1,000 digs in her career. Simmons leads the ACC in kills and points per set over Workman.  The Tigers have two matches left, as they travel to nationally ranked Florida State on Wednesday, before taking on Miami in Coral Gables, FL, on Friday.