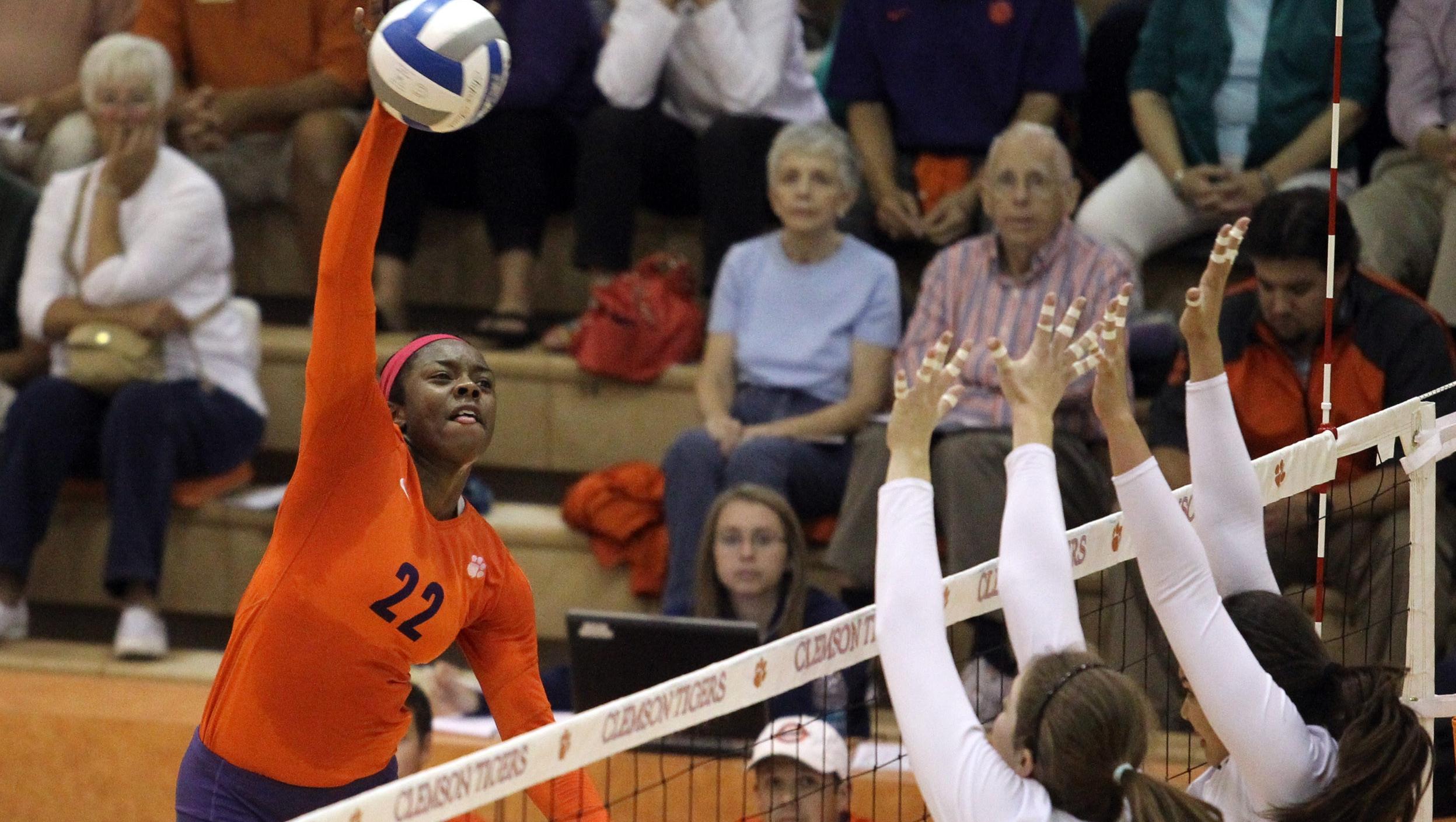 Simmons recorded 12 kills and 14 digs in the match to record her 19th double-double of the season and 34th of her career. She ended the season with 549 to finish her career with 1,376 kills. Her 549 kills in one season is the fourth most in school history. Simmons also finished her career eighth in career attempts and had the second-most attempts in a single season in 2013 with 1,570.

Brenner totaled 28 assists in the match and 15 digs for her 45th career double-double. She ended her career with 3,890 assists, fourth most in Clemson history.

Kristin Faust also recorded 15 kills and 12 digs for her eighth double-double of the season. Lou Davis recorded 11 digs after taking over libero duties in the second set while Irem Bayramoglu added 11 as well.

The Tigers hit just .127 as a team but recorded 10.0 blocks in the match to Miami’s 5.5. Brenner led the Tigers in that category with six while getting four each from Karis Watson and Beta Dumancic.

Miami was led by Savannah Leaf with 17 kills, 14 digs and a .304 hitting percentage. Alexis Mourning and Emani Sims each had 14 kills and hit .310 and .385, respectively. Ryan Shaffer had a match-high 27 digs for the Hurricanes while four others also recorded double-digit digs.

After falling to the Canes in set one, Clemson bounced back in set two hitting .308 for the set while holding Miami to a .143 hitting percentage. Trailing 13-12 in the set, the Tigers went on a 5-0 run to go up 19-16 before taking the 25-20. Faust led the Tigers surge with five kills and a .400 hitting percentage in the set.