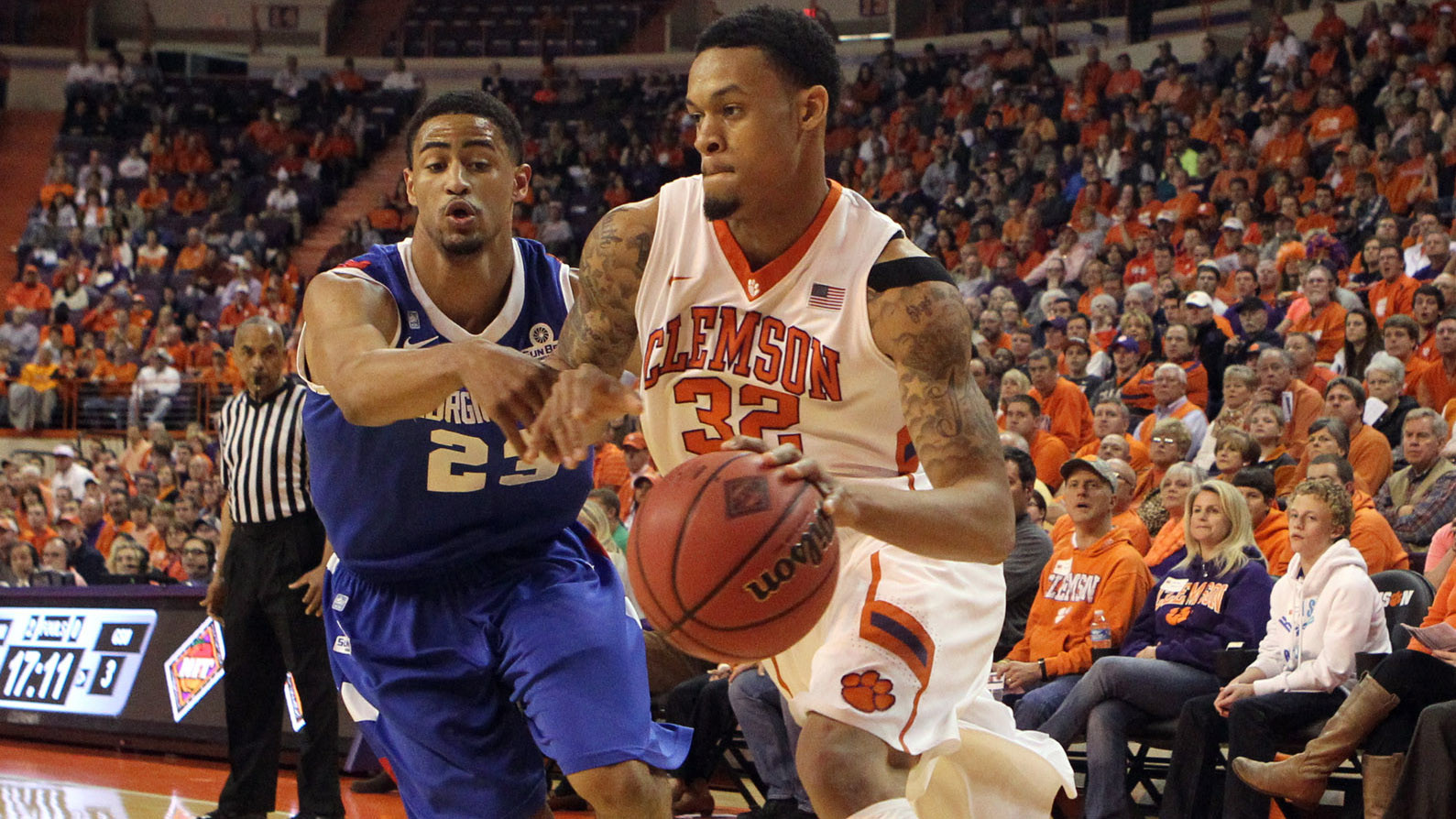 CLEMSON, S.C. – Tiger forward K.J. McDaniels announced Tuesday he is forgoing his senior season and declaring for the 2014 NBA Draft.

“I’m thankful for the opportunity these past three seasons to grow as a player and person at Clemson,” McDaniels said. “None of this would have been possible without the guidance and support of my coaches, teammates and family. This was not an easy decision, but I am excited to take the next step toward fulfilling my lifelong dream of playing in the NBA.”

McDaniels was a first-team All-ACC selection and the ACC Defensive Player of the Year in 2013-14. He led the Tigers in points (614), rebounds (255), blocks (100), steals (41) and three-pointers (42) – the only player in the country to lead his team in all five categories. He joined Wake Forest’s Josh Howard as only the second player in ACC history to lead a team in all five of the aforementioned statistics for an entire season.

“I want to thank K.J. for his contributions to our basketball program these last three seasons,” said Head Coach Brad Brownell. “K.J. is a hard-working, humble young man who always put team first. He has had a tremendous impact on our program and improved as much as any player I’ve ever coached. I’m extremely proud of his development and excited for his future at the next level.”

The Birmingham, Ala., native earned the league’s top defensive honor by leading all ACC players with 2.8 per game. He became only the third player in Clemson history to block at least 100 shots in a season, joining all-time Tiger greats Tree Rollins and Sharone Wright. McDaniels was the catalyst behind the Tigers’ defense that ranked No. 1 in the NCAA in defending the three (.285), No. 5 in opponent points per game (58.4) and No. 8 in blocks per game (6.1).

McDaniels led all ACC players with six games of at least 20 points and 10 rebounds this season. He posted 13 total 20-point games after entering his junior season without one in 58 career outings. McDaniels finished his career with 1,035 points, 450 rebounds and 178 blocked shots. He is seventh in school history in total blocks.