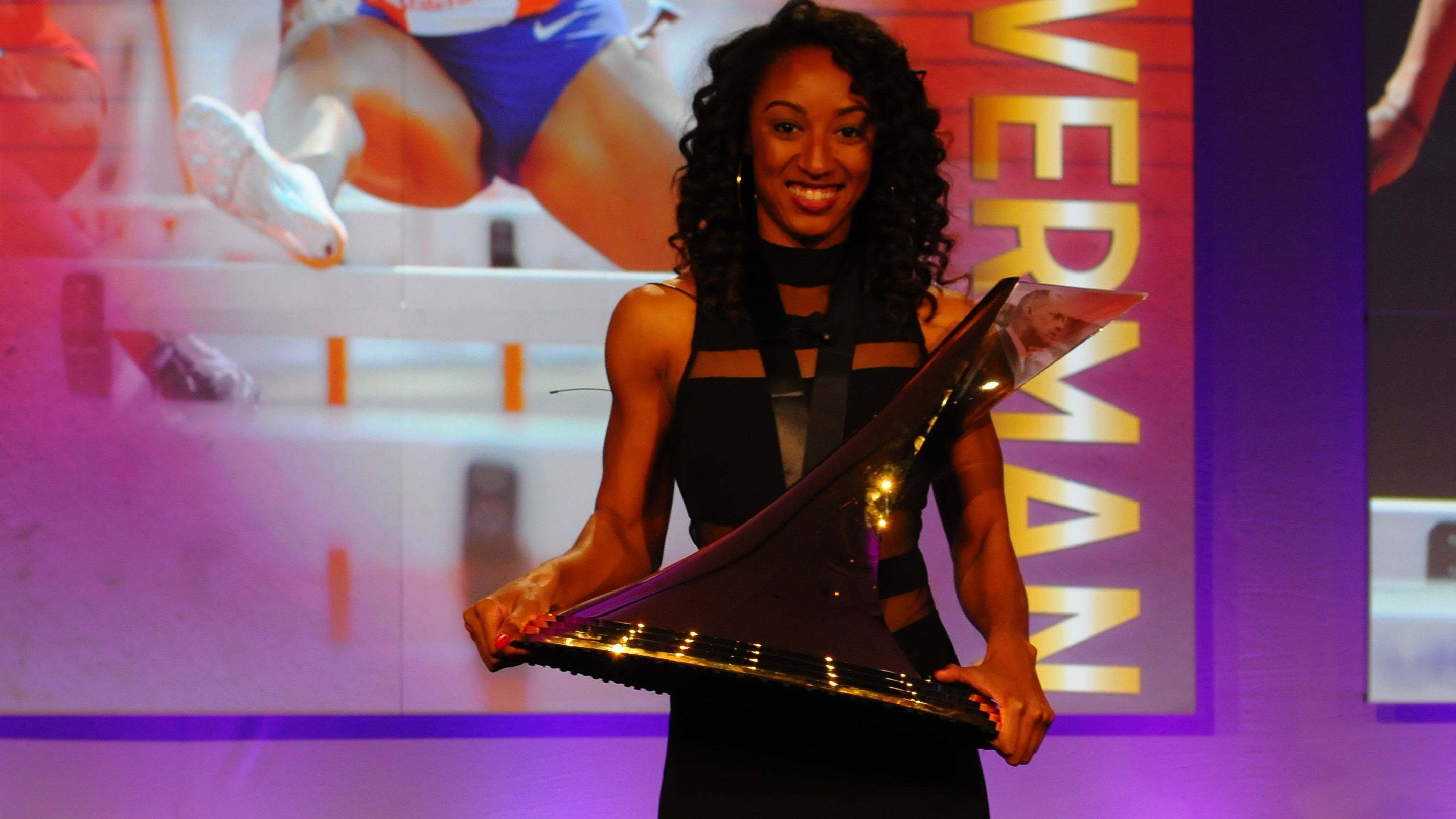 ORLANDO, FL – Former Clemson hurdler Brianna Rollins culminated an outstanding 2013 season by collecting The Bowerman – the highest honor awarded in collegiate track & field – on Wednesday at the JW Marriott Grande Lakes in conjunction with the annual coaches’ association convention. Rollins was voted the female winner by a combined vote of former winners of the award, selected media and track & field statisticians, coaches and fans. “I’m so blessed to be able to win this award,” Rollins said. “I didn’t really prepare a speech, but I have to thank God first for blessing me with this talent. I want to thank Clemson University and its track & field program for allowing me to reach my goals. I want to thank the coaches who worked with me during my time at Clemson. It’s humbling to receive The Bowerman.” Rollins put together a season for the history books in 2013. She was the NCAA Champion in both the 60 hurdles and 100 hurdles, and established collegiate records in both events. She ran 7.78 in the 60 hurdles and 12.39 in the 100 hurdles. Rollins was the USTFCCCA National Outdoor Track Athlete of the Year, Southeast Region Track Athlete of the Year and ACC Indoor and Outdoor Track Athlete of the Year. Rollins went undefeated in 17 collegiate races spanning the 60 hurdles and 100 hurdles. She was ACC Champion in four events while leading the Tiger women to a sweep of the indoor and outdoor conference championships. She elected to turn professional with one outdoor season of eligibility remaining and two weeks later broke the American record by running 12.26 on her way to claiming the 2013 USA Championship. Rollins made the World Championship team and became the youngest female in history at 20 years of age to win the world title in the 100 hurdles. Rollins joined current professional training partner Queen Harrison of Virginia Tech as winners of The Bowerman. Harrison won the prestigious trophy in 2010. This is the fifth year The Bowerman has been awarded.