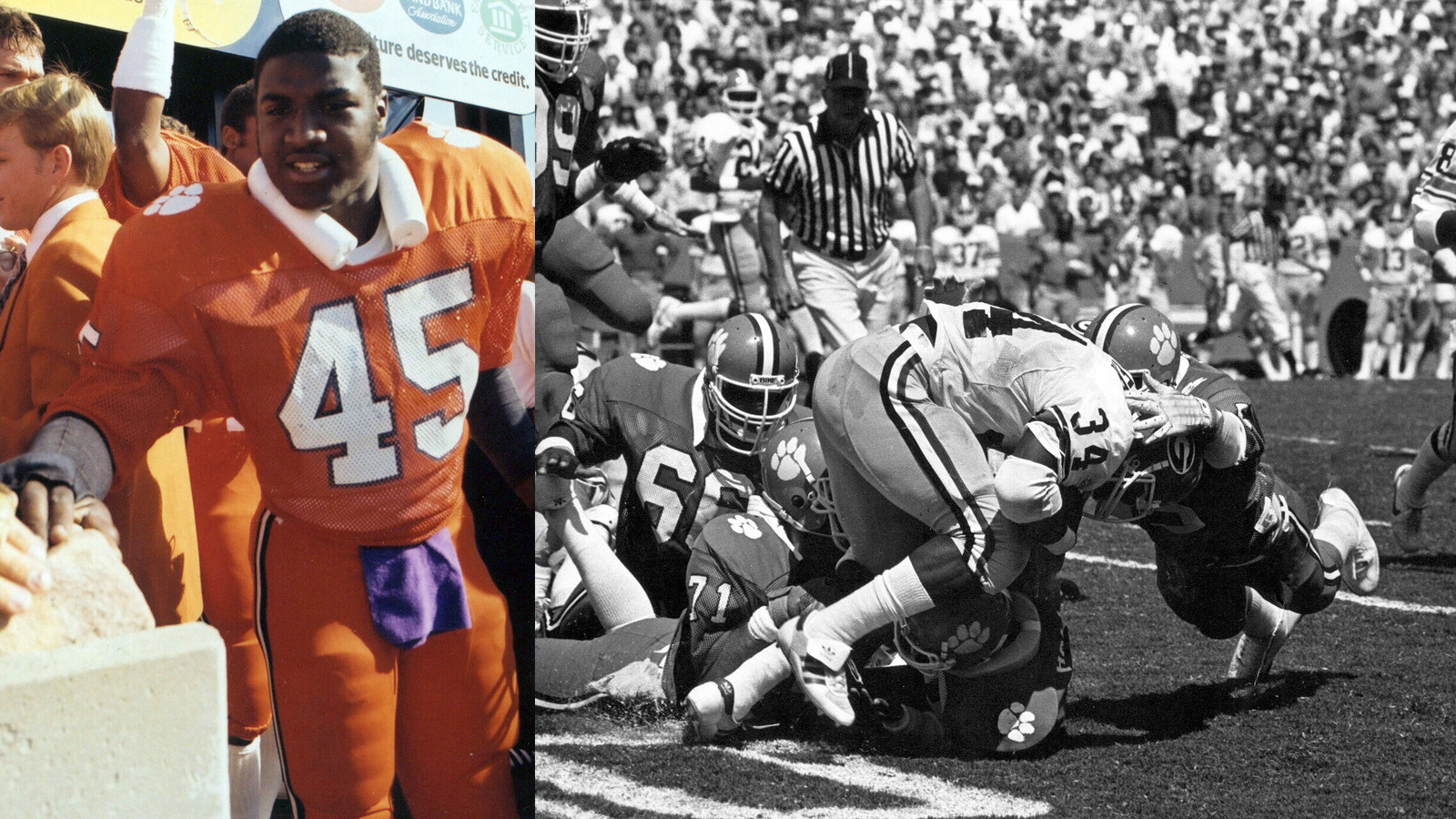 During Clemson’s magical run through the 1981 season, the Tigers’ defense was known as a hard-hitting bunch that played football like it was meant to be played.  They were rough and tough.  If there was a blade of grass to defend, they defended it, and usually they were successful in doing so. The defense got its attitude from its captain, senior Jeff Davis, who led the team in tackles, forced fumbles, and fumble recoveries. “He was the best I ever had,” said Ford.  “No linebacker I played with or coached hit as hard as he did.” With Davis leading the way in 1981, the Tigers finished second nationally in scoring defense, seventh in rushing defense, seventh in turnover margin, and eighth in total defense.  Clemson led the ACC in total defense, rushing defense, scoring defense, and interceptions. The 1981 defense forced what is still a school-record 41 turnovers, with some of those coming after their own offense had turned the ball over. “There were times when our offense would turn the ball over, and as we were walking onto the field, I would find Homer [Jordan] and tell him, ‘Don’t sit down.  We’re going to get you the ball right back.’  Then we would go out there and do it,” Davis said. Davis, who currently works for Clemson as an assistant athletic director, was inducted into the Clemson Ring of Honor in 1995, and named to the Clemson Centennial football team in 1996.  The North Carolina native was a First Team All-America player in 1981 when he led the Tigers in tackles.  Davis was also named MVP of the ACC and was the Defensive MVP in the Orange Bowl victory over Nebraska, the game that clinched the national title for the Tigers. Davis has the third-best mark in career tackles in Clemson history and has also caused the most fumbles and recovered the most fumbles in team history.  He was a fifth-round draft pick of the Tampa Bay Bucs and played for them from 1982-87.  He led the Bucs in tackles and was the captain of the team for four seasons. Along with being in the Clemson Ring of Honor, Davis was inducted into the Clemson Hall of Fame in 1989 and the South Carolina Hall of Fame in 2001.  Also in 2001, he was honored with the “Use Your Life” Award from Oprah Winfrey’s Angel Network for his work with the “Call Me Mister” program at Clemson.