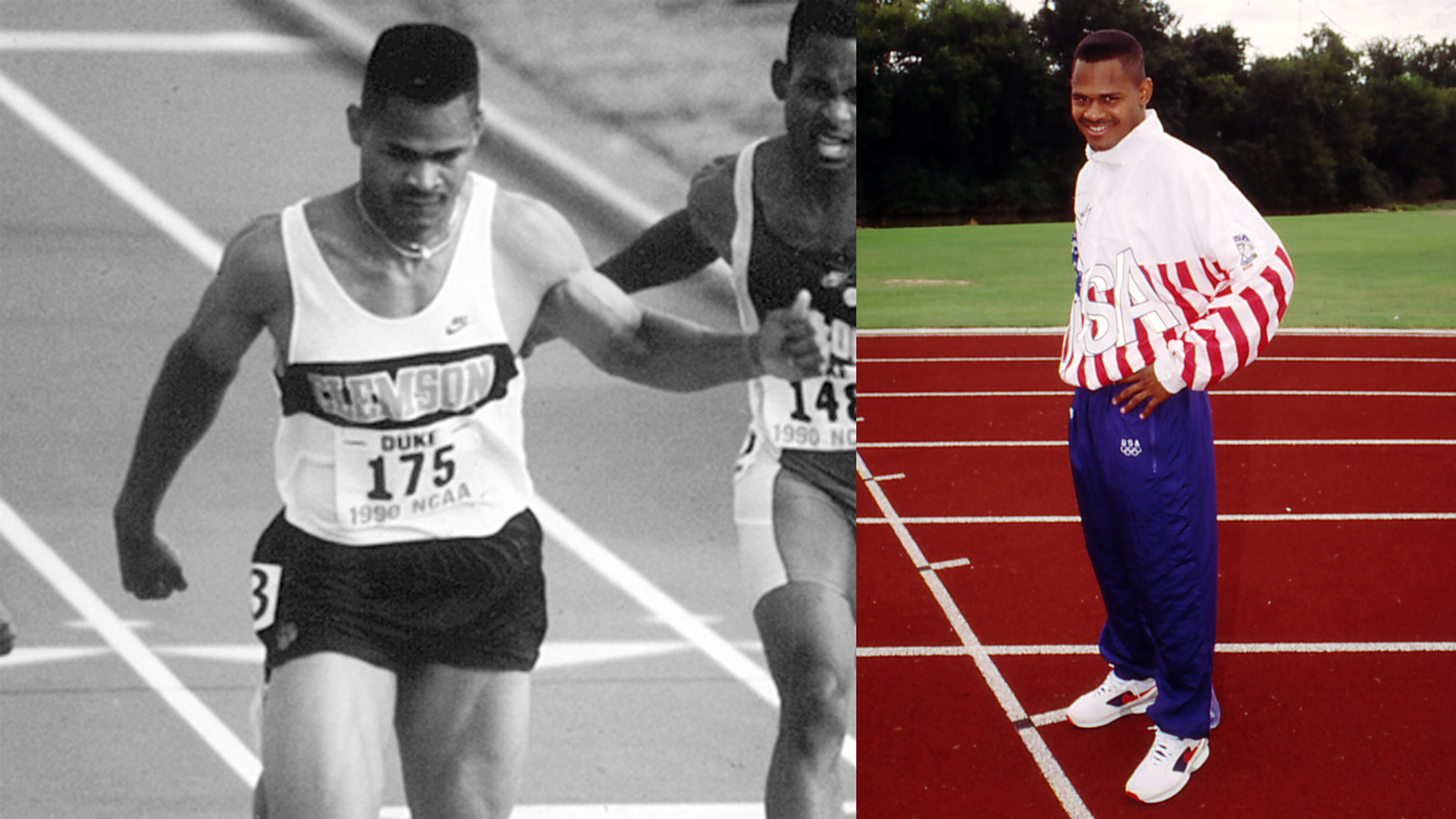 James Trapp has done it all during his athletic career. Trapp was a two-sport athlete at Clemson in 1989-1993.  During his track and field career, he was a 14-time ACC Champion and a 10-time All-American as a sprinter. In 1992, he was the 200 meter indoor NCAA National Champion. He also played football and eventually played in the NFL for 11 years. He was also an Olympian and a Super Bowl Champion.Trapp remembers his career at Clemson… “I remember at the ACC Meet my freshman year we had run the 4×100 meters and won that.  After the race I noticed my spikes were worn out and coming apart. Teammates and myself told Coach Pollock that I needed new shoes. We need to go to a local sporting goods store and get me some new shoes. Coach Pollock was very frugal and conservative. Coach Pollock simply said ‘we’ll put some tape on the shoe and they will be all right.’ So what I did I borrowed my roommate Larry Ryan’s shoes and luckily his events were opposite of mine so we shared the same shoes and made it through the meet. Later on I received a new pair of spikes and had everything I needed throughout my career. I guess it was because I was a freshman or something that I couldn’t get another pair of shoes at that meet. Coach Pollock was a great man and he always was trying to watch the school’s budget. “One moment that I will never forget is going to the NCAA Indoor meet and our team finishing second in the nation. Michael Green won the 55 meters and I won the 200 meters.  That was an awesome experience. The relationship Coach Pollock and Coach Mark Block had with us was special. Those were great times. You solidify the relationships you have with the coaches and your teammates. It was so awesome turning in a great performance and your teammates congratulating you. It really builds team comradely. “Track is what got me to stay at Clemson. After my freshman football season, I was going to transfer to Oklahoma for football, but I wanted to stay because of track and field and Coach Pollock. I am so glad I stayed at Clemson. I made of lot of friends not only here, but nationally. I am very satisfied with my decision. “Running track helped me with football. I was drafted in the NFL draft in the third round because of track. It teaches you form and discipline. Yes, you have speed but you learn to train that speed. I think people need to go out more for track. It teaches you to focus, learn more about nutrition and learning to say no to a lot of wrong things. Being a two-sport athlete taught me to learn to budget my time. There is no time to waste. “Clemson means a lot to me. I ran in the 1992 Olympics and I’ve played in the Super Bowl, but I wouldn’t trade my Clemson experience for anything. Yes, I enjoyed the Olympics and I enjoyed the NFL, but there is nothing like your collegiate experience and better yet; the Clemson experience. The true enjoyment was in college. The true and real experience of Clemson is like nothing else. I’m glad I chose Clemson.”