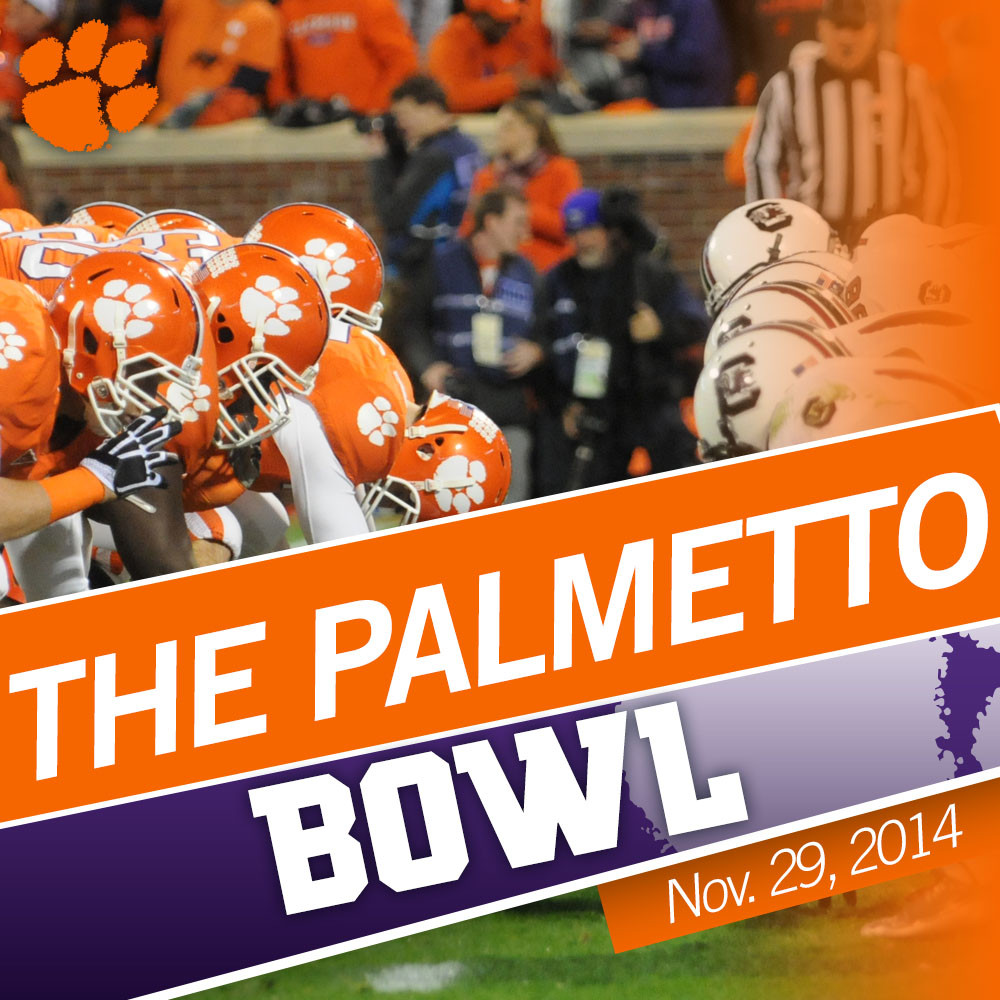 On Saturday, Clemson University and the University of South Carolina are set to meet on the football field for the 112th time, dating back to their first gridiron encounter in 1896. One of the most storied and historic rivalries in all of college football, the annual game between the state’s largest public institutions has never had an official name. The athletic departments of both schools announced this week the official adoption of The Palmetto Bowl™ as the name of the game moving forward, and a trophy and logo will be developed and unveiled prior to the 2015 game.

“This is one of the premier games every year in college football, and it’s a great opportunity for our institutions to increase exposure to the State of South Carolina and all the great people here,” Clemson Director of Athletics Dan Radakovich said. “To name this game The Palmetto Bowl hopefully adds to the identity of this great rivalry.”

The Tigers and Gamecocks kick off at 12 noon Saturday, in a contest set for broadcast on ESPN.