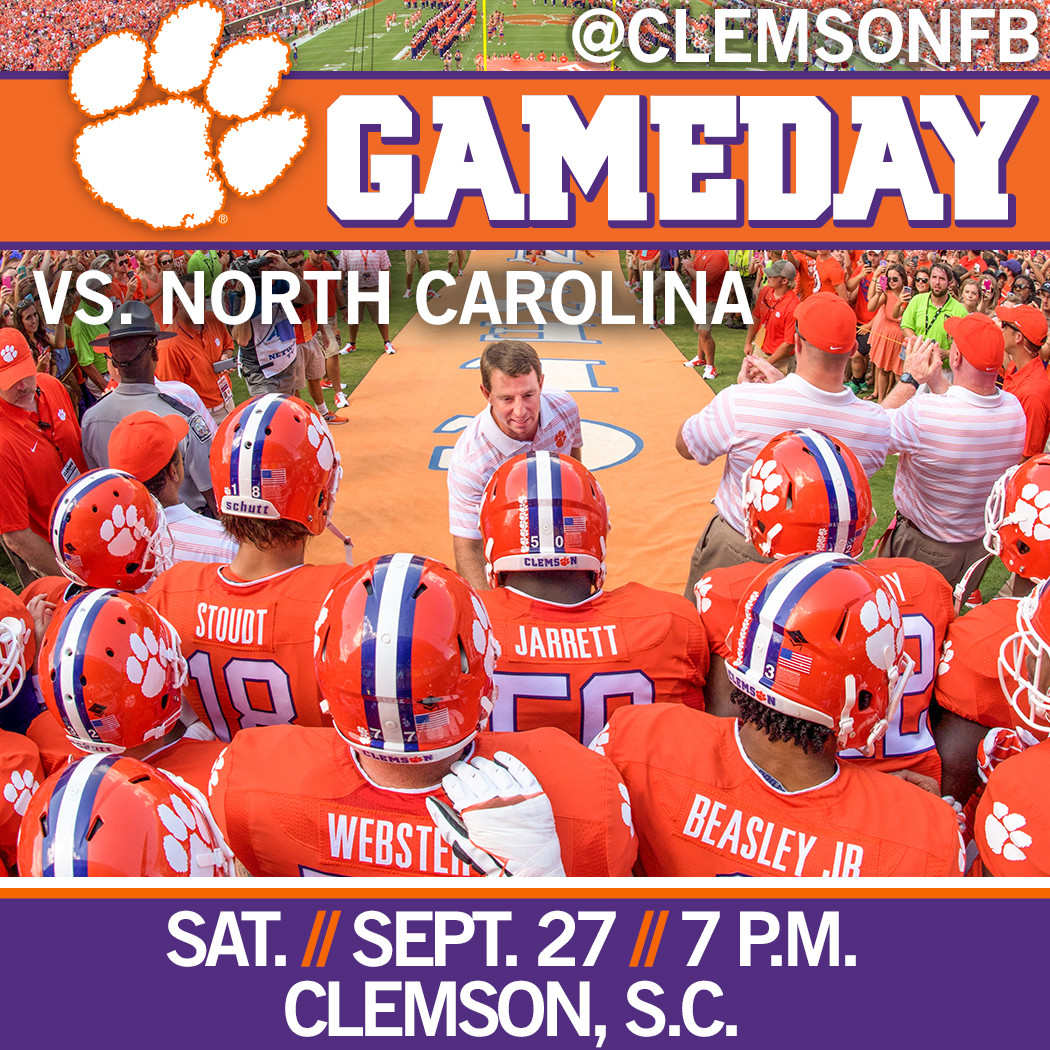 New for 2014, Clemson now has a GPS map that can show you the nearest portable or permanent restroom to your location! Click here, add “Gameday Restrooms” as a layer on the top right menu and then click on the nearest restroom and directions will pull open to show you how to get there!

The Clemson Athletic Department and IPTAY are looking forward to hosting North Carolina this Saturday in Memorial Stadium for Hall of Fame Weekend. Clemson Athletics encourages all Tiger fans to arrive to the stadium early to watch, “The most exciting 25 seconds in college football,” as the Tigers run down the Hill. Gates open at 5 p.m., so be sure to be in your seats and be loud!

This week, The Tiger Tailgate Show begins at 4 p.m. on the lawn of Littlejohn Coliseum, featuring a pregame radio show with tons of giveaways and inflatables for everyone to enjoy!

Beginning at 5:30 p.m., Tiger Band hosts its “90 Minutes Before Kickoff” mini-concert at the Outdoor Theater (between Sikes Hall and Cooper Library). At the conclusion, the band begins its traditional march down Fort Hill Street and makes its way to the West Endzone of Memorial Stadium.

We encourage everyone to arrive early and proceed to Lot 5 to welcome the team, as Tiger Walk is scheduled for 4:50 p.m.

Want to know some of the gameday “must-see” activites taking place inside Death Valley during the game? Click HERE to see the list to make sure you know when to stay in your seat!

In an effort to continue to enhance the security of fans attending Clemson football games in Memorial Stadium, the Clemson University Police Department, the Clemson Athletic Department and IPTAY have announced updates from previous policies. All fans with searchable items such as purses, diaper bags, medically necessary items, binocular cases and seat cushions will be directed to screening areas at Memorial Stadium Gates 1, 5, 9, 11, 13, 16 and 20, where items are searched by designated and easily-recognized Memorial Stadium event staff. For the most efficient, effective and quickest entry into Memorial Stadium, officials recommend that fans arrive at least 90 minutes before kickoff. Additional information on the security policy is located HERE.

If you need assistance in getting to the stadium, look for the pickup locations designated by the tall white poles with the blue stripe.  To see a full list of ADA pickup locations, click here.

OTHER ATHLETIC EVENTS THIS WEEKEND IN CLEMSON

We have a great opportunity to showcase our Solid Orange spirit and enthusiasm to North Carolina fans this weekend. We encourage every Tiger fan to wear orange! 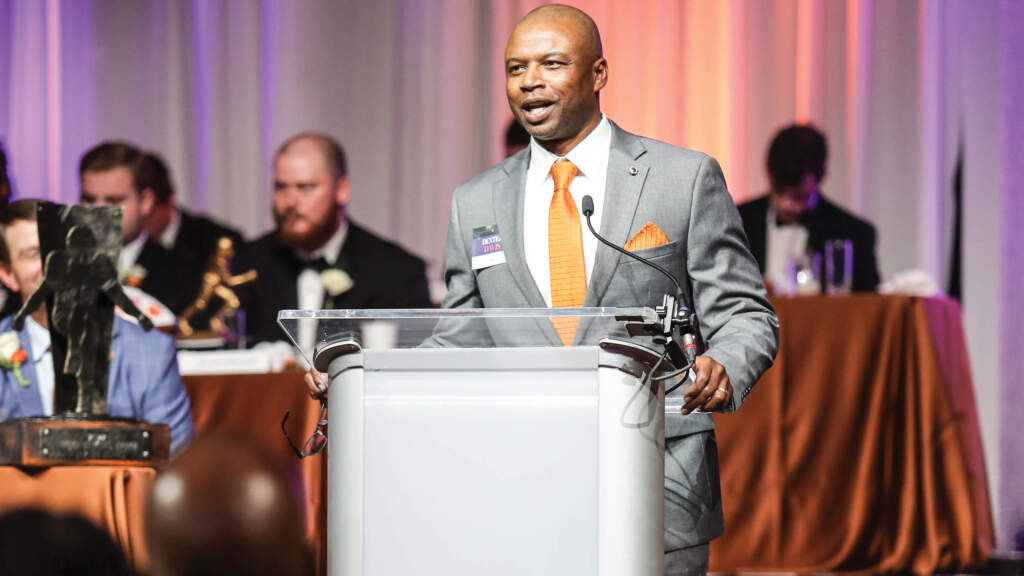 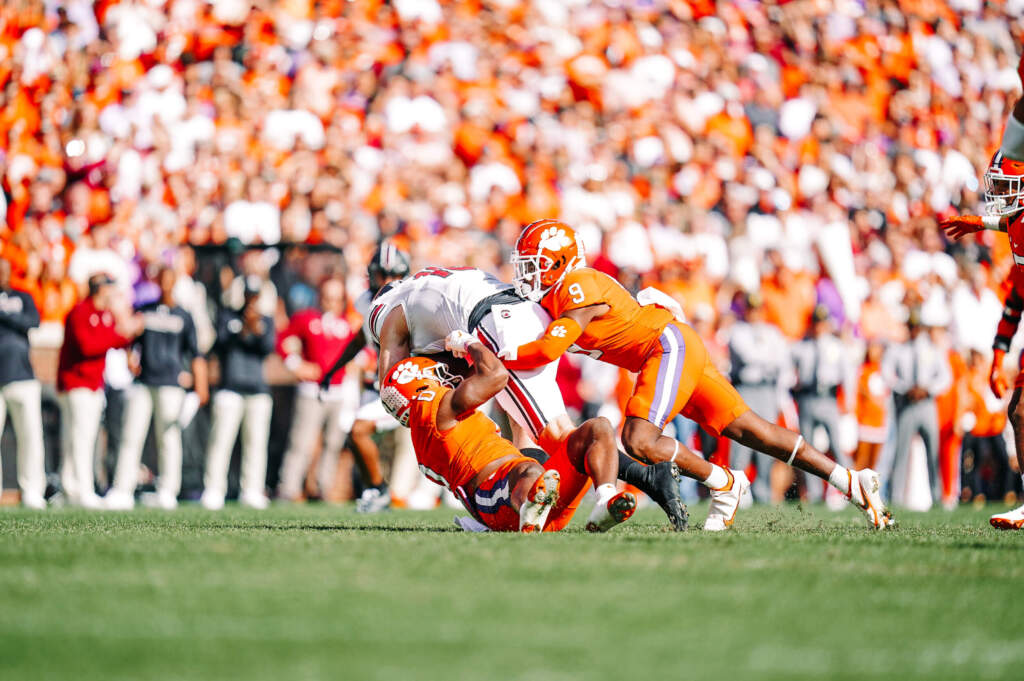 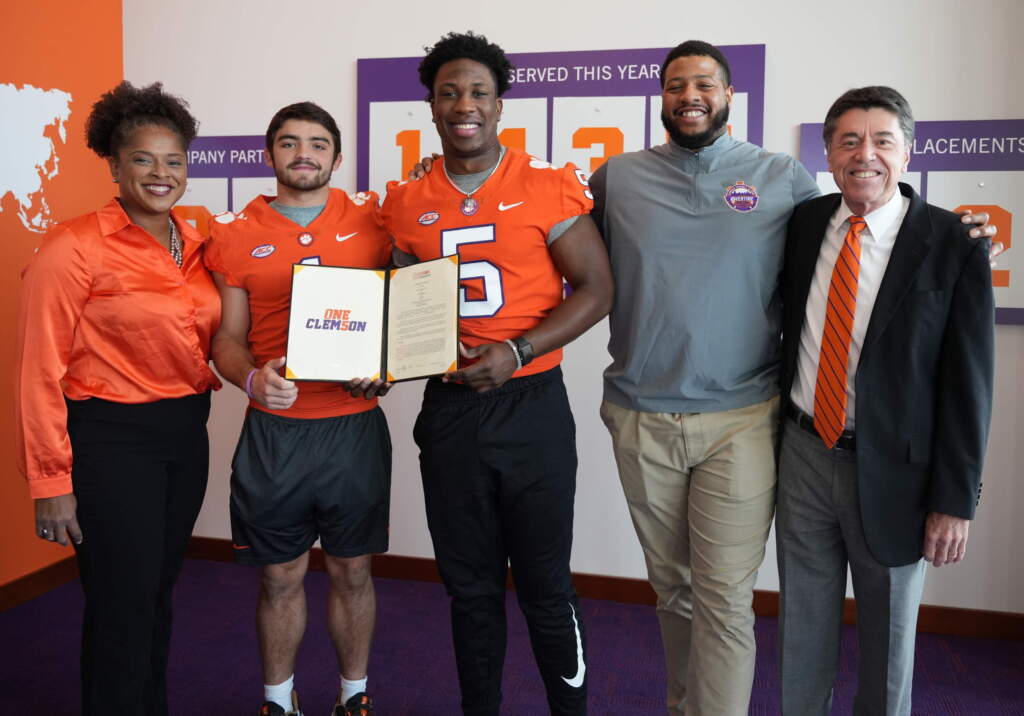 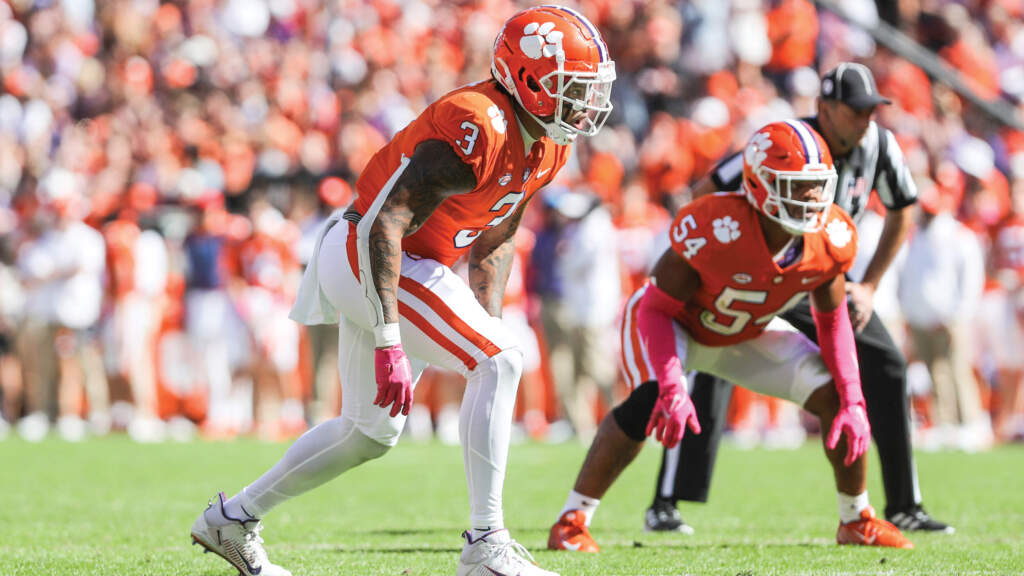