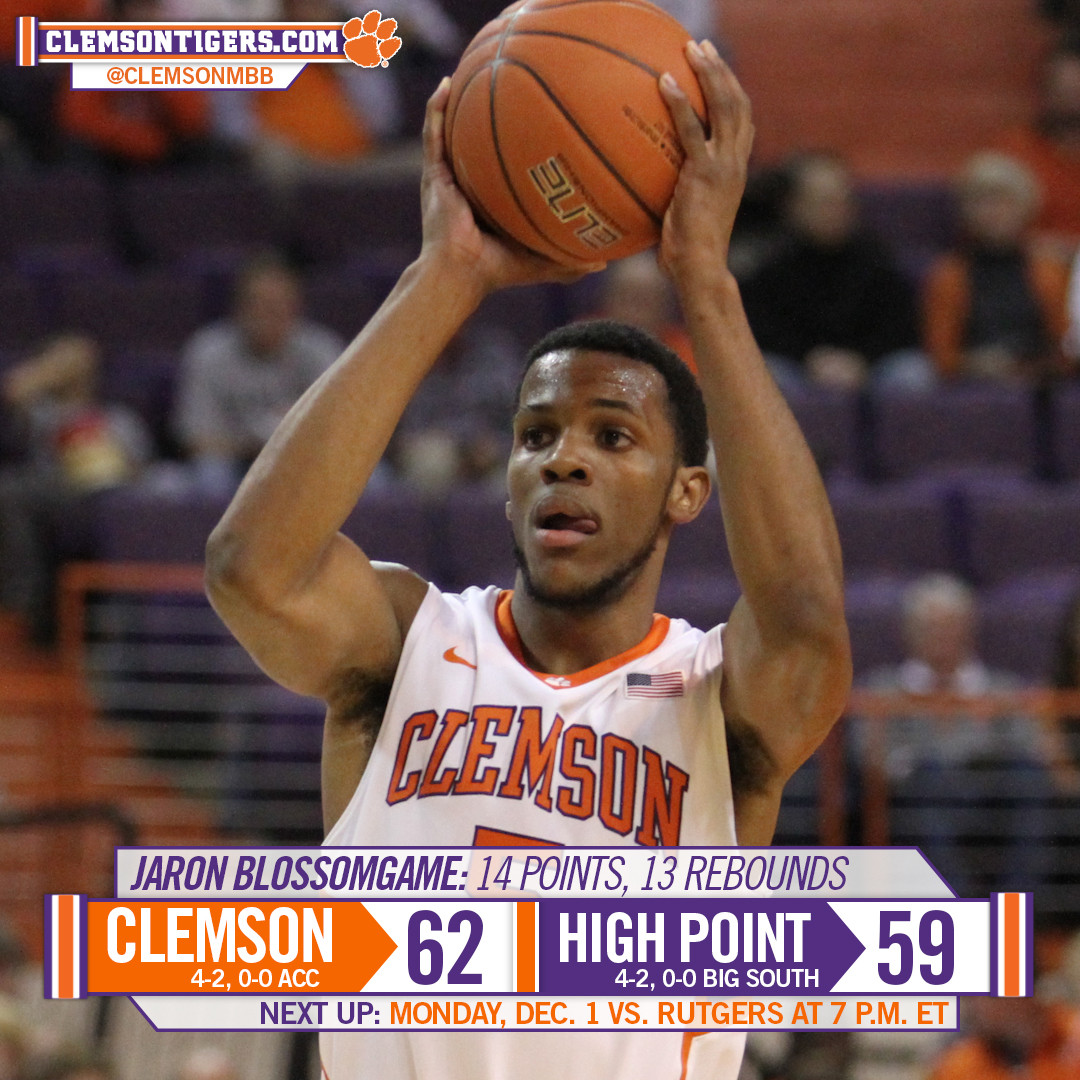 CLEMSON, S.C. — A Clemson men’s basketball game was decided by three points again Friday. For the second straight time, the Tigers escaped with a victory. Clemson held off High Point in a 62-59 triumph in Littlejohn Coliseum to move to 4-2 on the young season. The Panthers fell to 4-2 overall.

Jaron Blossomgame and Landry Nnoko both produced double-doubles for the Tigers. Blossomgame led the way with 14 points, all in the second half, and 13 rebounds. Nnoko added 10 in the scoring column with 13 rebounds. High Point’s John Brown led all scorers with 26 points.

Clemson led by as much as 12 in the first half and led by 10 at intermission when Sidy Djitte made a layup before the horn sounded. The Tigers limited the Panthers to just 16 in the opening half, their lowest total in a half this season.

High Point was hot to start the second stanza, connecting on four of its first five three-pointers. The Panthers evened the score at 36 and 38, but Clemson put together a 16-6 run to extend the lead to double digits again. But High Point crept back in cut it to 54-51 on a reverse layup by Brown.

Clemson made its free throws down the stretch, hitting 14 of 16 in the second half. Inside the final four minutes, the Tigers were a perfect 6-for-6.

The Tigers stay home for the second of four straight in Littlejohn. Clemson and Rutgers compete in the ACC/Big Ten Challenge on Monday, Dec. 1 at 7 p.m. The game will be televised by ESPNU.