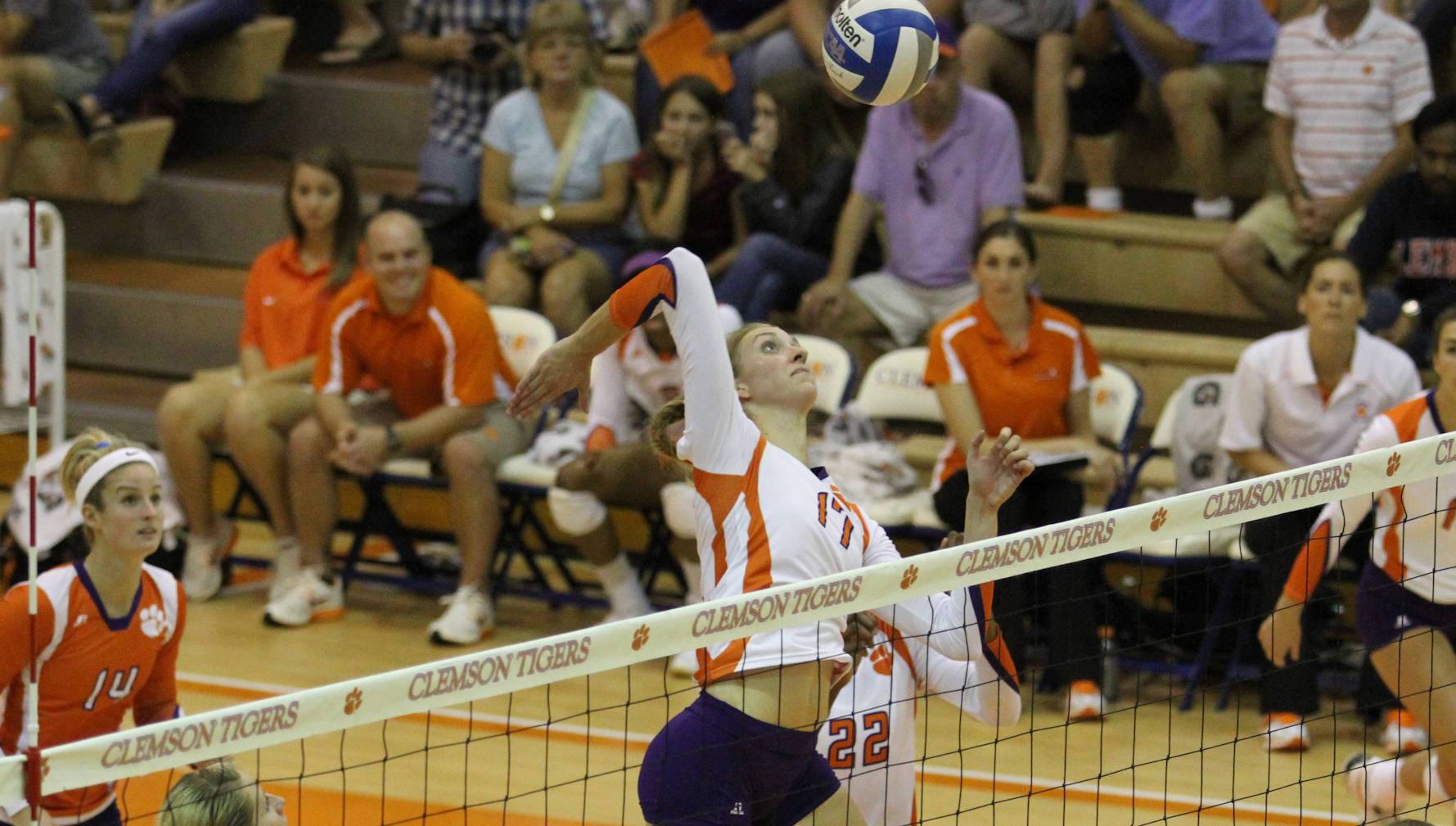 The win moved Clemson above .500 in league play for the first time this season. The Tigers started 1-4, but have now won four in a row to shoot back up the standings. Clemson won at Duke, 3-2, on Friday night, and carried the momentum into Winston-Salem, where they defeated the Demon Deacons for the third straight time in the series to improve to 28-12 all-time.

Kristin Faust also gave Clemson a potent third offensive option, tallying nine kills and a team-high 15 digs. Hannah Brenner directed the offense to .277 hitting and 44 kills, So Simmons had a quiet night offensively, but got it done on the other end with 13 digs and five block assists. Clemson held the Wake outsides to 14 kills and 15 errors in 70 attempts.

Andrea Beck had 11 kills to lead the Demon Deacons, while libero Megan Miller had a match-high 18 digs.

The Tigers return home this week as they’ll take on Florida State and Miami on Friday and Sunday, respectively. Those two teams are a combined 12-2 in the ACC this season. Sunday’s match against Florida State is the annual Dig Pink match.

The Tigers used a 5-1 run in the middle of the second set to turn a two-point edge into a six-point lead at 21-15. The Deacs went on a mini-run to close to four at 24-20, but Brenner found Serenat Yaz for one of her five kills to win the set. Clemson hit .308 in the set and held Wake to .167, which would be their best percentage of the match in a set.

Wake Forest took an early 8-5 lead in the second set before Clemson tied it at 11-11 on a kill from Rand. The teams traded points to 14-14, which ended up being a turning point in the match. Clemson reeled off nine straight points on Faust’s serve, which included two aces from the sophomore. Adeleye had three kills during the run as well. Brenner found Adeleye and Rand back-to-back to close the set, 25-15.

Wake Forest came out hot after intermission, scoring the first five five points of the third set and forcing a Hoover timeout. Clemson responded in a big way, scoring 10 of the next 11 points to take a 10-6 lead. Adeleye found the floor twice more to up the lead to five, as the Tigers stretched it to eight at 19-11. Wake Forest still had a run in them, fighting off three match points to pull within three at 24-21, but a Rand kill put an end to the rally for good and closed the match, 3-0, in favor of Clemson.