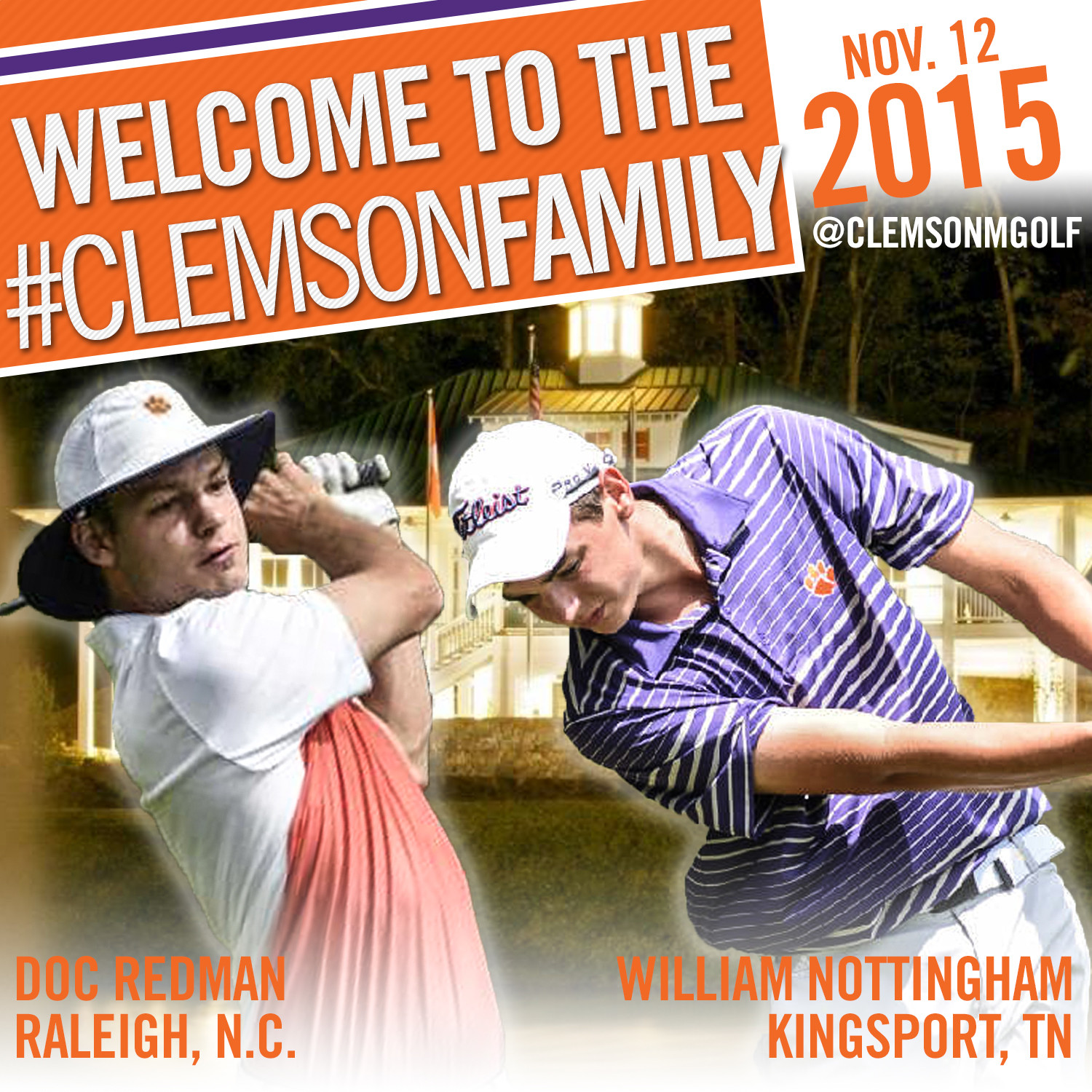 Clemson, S.C.—William Nottingham of Kingsport, Tenn. and Doc Redman of Raleigh, N.C. have signed national letters of intent with the Clemson golf program.  Both players will join the Tigers roster for the 2016-17 academic year.

Both future Tigers are ranked among the top 30 players in the United States according to latest Golfweek Rankings and the Junior Golf rankings for the class of 2016.

Redman was named a Rolex Junior All-American and was named the high school golfer of the year in North Carolina by the Raleigh News & Observer.  He is ranked No. 4  in the class of 2016 nationally by Golfweek/Sagarin.  He is also No. 7 in the class of 2016 in the Polo rankings and No. 13 by the Junior Golf Scoreboard.   He is the unanimous No. 1 player in North Carolina according to Golfweek/Sagarin, Polo Ranking, Junior Golf Scoreboard and the Amateur World Golf Ranking.

In 2014, Redman finished second at the AJGA Izod Championship, seventh at the Jones Cup Junior Invitational and 10th at the AJGA Ping Invitational. Overall he had nine top 10s finishes.  In 2013 he was the Carolinas Junior Amateur Champion.

Nottingham is ranked as the No. 21 player nationally in the class of 2016 by the Junior Golf  Scoreboard.  He was a three-time all-state performer in Tennessee, including a runnerup finish at the state tournament this year after firing a six-under par score of 138.

He was named to the all-district team and all-region team all four years of high school and posted a stroke average of 35.3 for the four years.

Nottingham is the reigning Tennessee State Junior Amateur champion as he had rounds of 67-67-72 to win the title.  He was also the medalist at the Tennessee PGA Junior championship and finished ninth at the national tournament where he had four rounds at 72or better.