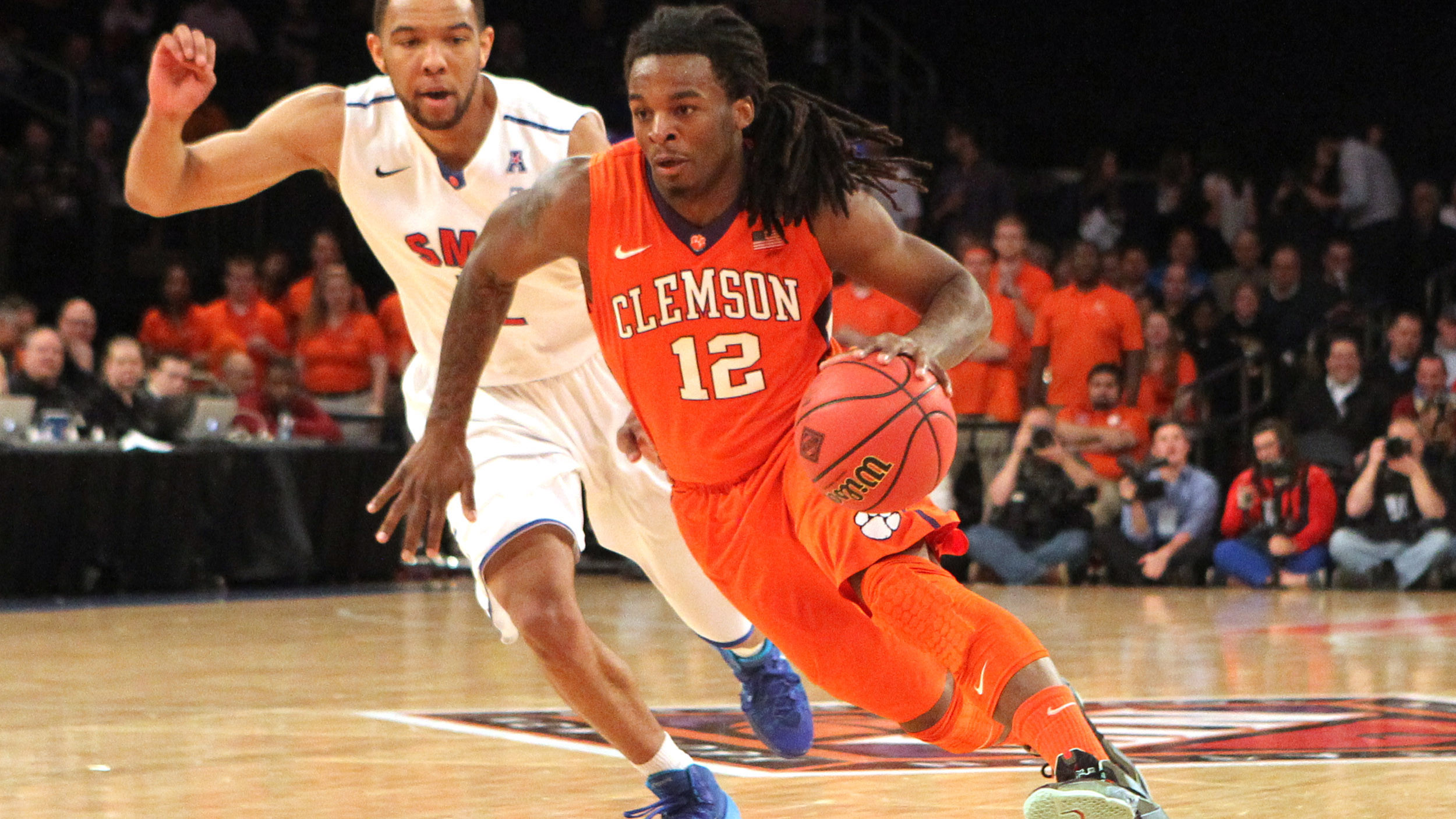 NEW YORK CITY – Despite nearly flawless shooting in the first half, Clemson saw a 12-point lead at halftime slip away in the second as SMU took control late in the first semifinal of the National Invitation Tournament to win 65-59 in Madison Square Garden. The Tigers’ season ends with a 23-13 overall record, an improvement of 10 wins over 2012-13. SMU advances to face Minnesota in the championship game.Rod Hall delivered a terrific performance in the final game of his junior season, his 98th in a Clemson uniform. The Augusta, Ga., native posted 18 points, made a career-high 3-of-4 from long range and made all seven of his attempts at the free throw line. K.J. McDaniels (11), Damarcus Harrison (10) and Landry Nnoko (10) added double figures for the Tigers. McDaniels blocked three shots to finish with an even 100 this season, one of only three players in Clemson history that can make that claim.The Tigers shot 56 percent in the first half, but just 24 percent in the final 20 minutes. Clemson made seven of its first 10 three-point attempts, but struggled to one of its final 10 on the night. The smaller Tigers suffered a -10 margin on the boards. SMU dominated the action in the paint, 30-18.SMU post player Markus Kennedy led the Mustangs with a 21-point, nine-rebound effort. The Mustangs shot just 37 percent in the opening frame, but 59 percent after intermission.