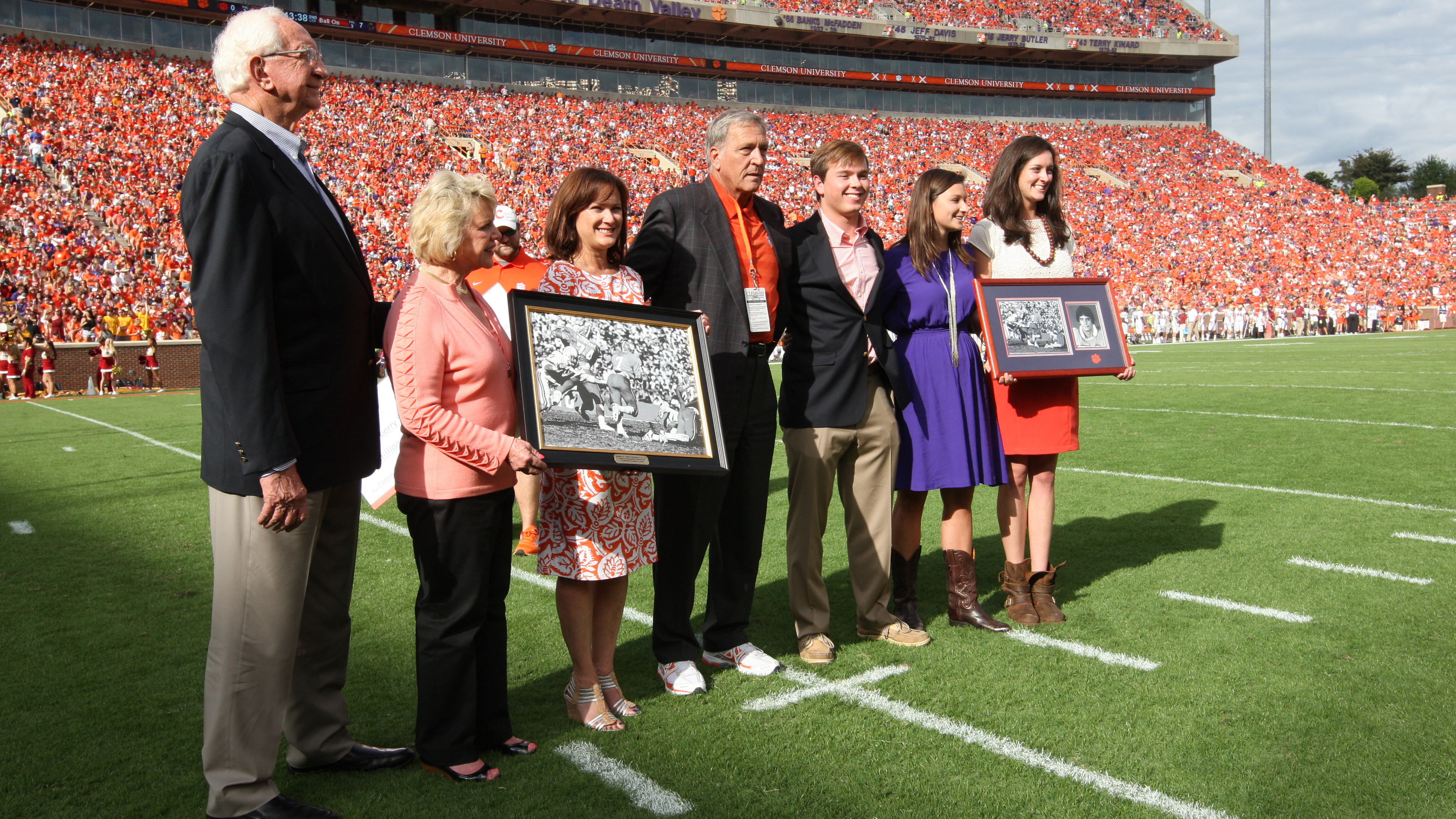 Mayberry played offensive guard and tackle for the Tigers from 1979 to 1982. He started on the 1981 National Championship team and was awarded the South Carolina Jacobs Blocking Trophy in 1982. He died in 2012 after a battle with cancer.

The scholarship fundraising initiative was announced today at the Clemson-Boston College football game, which Mayberry’s parents, widow, Sheryl, and children, Caroline, Sloane and Miles, attended and learned that $1 million and 74 dollars has been raised to date. (#74 was Mayberry’s number on the team.)

“Bob’s considerable football achievements were far exceeded by what he did for others,” said Kendall Alley, a member of the Robert P. Mayberry Endowment Fund committee. “Just as important as his service, was how Bob served – quietly and without the need for recognition. It is only fitting that to honor Bob, we are establishing the scholarships for team managers and trainers, the unsung individuals who are so important to the football team’s success.”

Following graduation in 1983, Mayberry joined his father in the automobile business, married and raised a family, and seized every opportunity to demonstrate his passions for Clemson and for helping others.

He served on the boards of South Piedmont Community College, Community Health Services, and the United Way, and he was an Elder at Myers Park Presbyterian Church in Charlotte. He had a special calling in working with the youth in Boy Scout Troop 17 and coaching South Park Pop Warner football in Charlotte.

The Robert P. “Bob” Mayberry, Jr. ’83 Endowed Memorial Grant-in-Aid will award partial scholarships to individuals who serve as Clemson football trainers and/or managers. These scholarships will be given annually to cover the educational expenses of these students.

“We are confident it would have been Bob’s dream to honor those who work hard day in and day out with no expectation of recognition beyond that which accrues to the whole team,” said Richardson. “These scholarships personify Bob perfectly.”

This scholarship endowment is part of Clemson University’s The Will to Lead $1 billion capital campaign to support Clemson students and faculty with scholarships, professorships, facilities, technology and enhanced opportunities for learning and research.