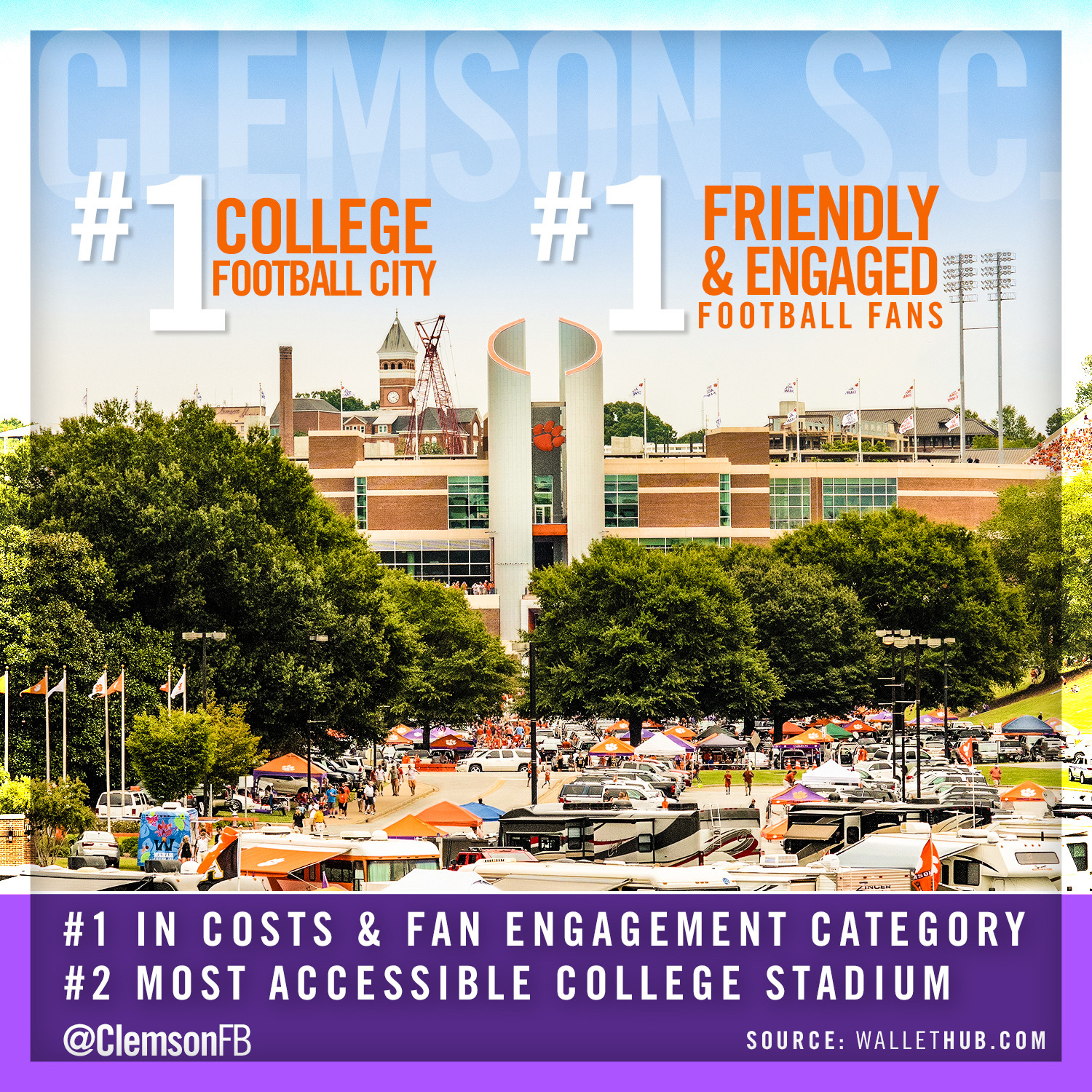 Along with Clemson Football’s climbing rankings over the 2015-2016 season comes the newest rankings featuring the Tigers on top.

Clemson, South Carolina is ranked as the #1 College Football City, along with the Clemson community pulling in #1 Most Friendly & Engaged Football Fans, #1 in Costs & Fan Engagement, and #2 Most Accessible College Stadium according to WalletHub.com.

#1 College Football City– In the wake of Super Bowl 50, WalletHub combined 18 key metrics and compared 245 of the largest U.S. cities to build their rankings, which placed Clemson, SC at number one town for college football. The key metrics used to determine this ranking stem from combined rankings on overarching “Teams & Performance” and “Costs & Fan Engagement” categories, which each factor in metrics like popularity index, average attendance based on arena capacity, ticket prices, and more.

#1 Most Friendly & Engaged Football Fans– The #ClemsonFamily was well represented as college football’s most friendly and engaged fans based on WalletHub.com’s algorithm of Twitter and Facebook activity. The Tigers were followed by fans in Chapel Hill, NC and East Lansing, MI. This high ranking pushed the Tigers to rank #1 overall in the Costs & Fan Engagement category of the site.